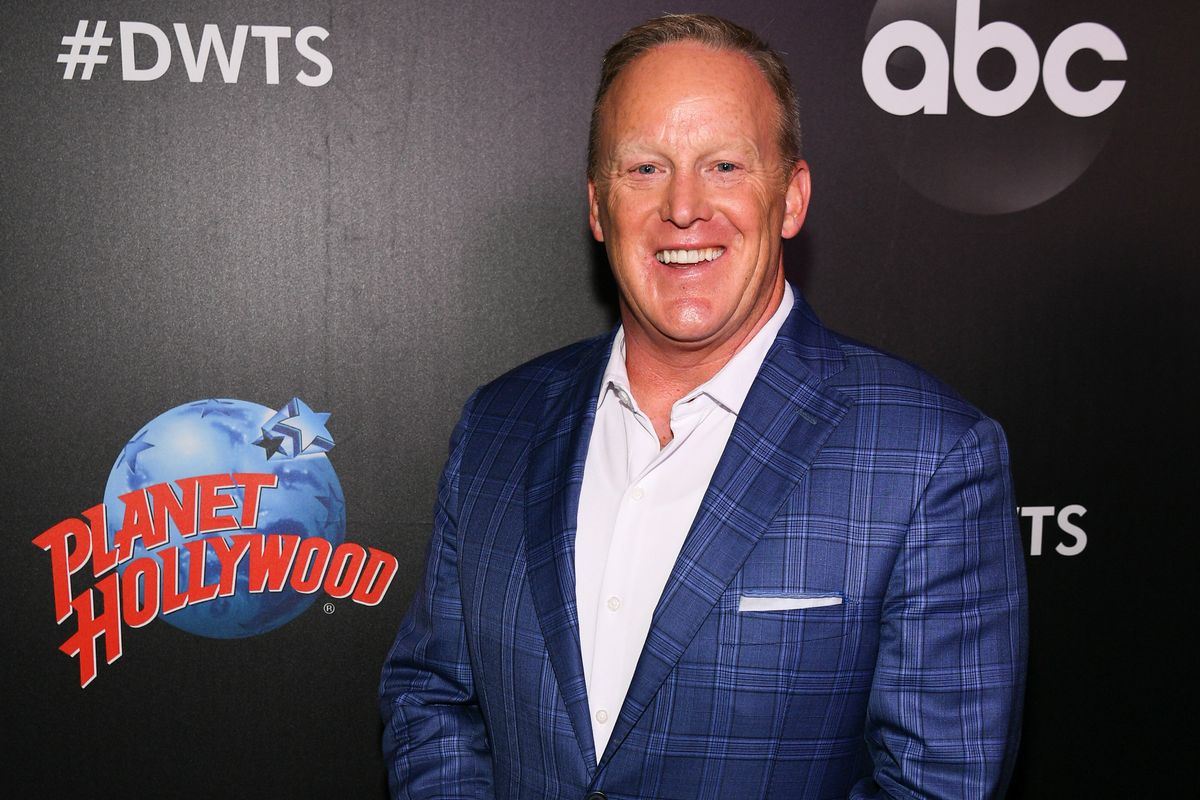 It's Dancing With the Stars season, and the 2019 cast was announced with much fanfare on Good Morning America this morning. As we've come to expect, the mix of names is bizarre and depressing — former A-list celebs who've gradually drifted away from the headlines, actually-cool people who should probably fire their agents, ex-NBA players, and, er, former White House press secretary and communications director Sean Spicer. Wait, what?

Sean Spicer resigned from the Trump administration in 2017, but his various incompetencies defined the presidency's early months. He tended to fudge the figures (notably lying about attendance at Trump's inauguration rally), enjoyed barring major outlets like the New York Times and CNN from the press corps, and famously once found himself defending Hitler. The reaction to his casting has been mixed at best.

But is a dancing Spicer much of a surprise, at the end of the day? Not really. Especially not after an appearance at the 2017 Emmys, when he was was (literally) embraced by some of Hollywood's biggest players. Our national nihilism has reached a point where seemingly anyone can be redeemed of their horrific misdeeds — when Trump leaves office, he'll probably end up on The Masked Singer.

Dancing With the Stars premieres September 16.