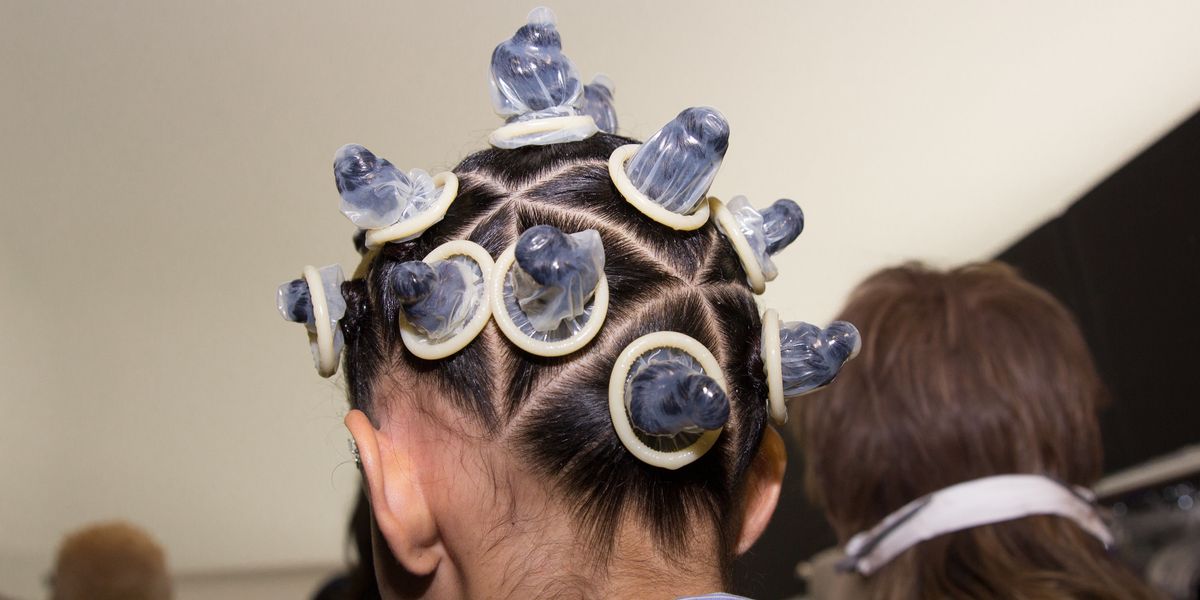 In her second show at NYFW, Barbara Sanchez-Kane turned up the volume on her out-there approach to fashion. Two dancers in orange chaps and jockstraps danced around giant penis statues, as models wearing shirts with chest cut-outs were accessorized with all sorts of sex-related objects. We caught up with the Mexican-born designer after the show to talk more about her sexually charged Fall '18 collection.

What was the inspiration for the show?

I love it. So deep for fashion. The accessories were really important, so how much time do you spend on those and why?

We work with Georgina Trevino, a jewelry designer in San Diego. So we collaborate, on even the boots too. You see a lot of ex presidents in the jewelry because elections are coming up this year in July in Mexico. It's important to talk to the youth and educate the youth, so they can vote and choose a good leader, because we know what can happen when we don't choose a good leader.

We certainly know about that. How is your work received in Mexico?

At the beginning it was very hard because this is not what you would typically see in Mexico, but when they started accepting me in America and Europe they were like OK it's good. Sometimes, even in Mexico we see a lot of phobias against another Mexican because they don't understand it. It's growing now and there are a lot of alternative magazines doing fashion shows. The culture is growing.

If the president of Mexico's wife wanted to wear something of yours, what would you say?

Maybe a dick, you know she wears one already.