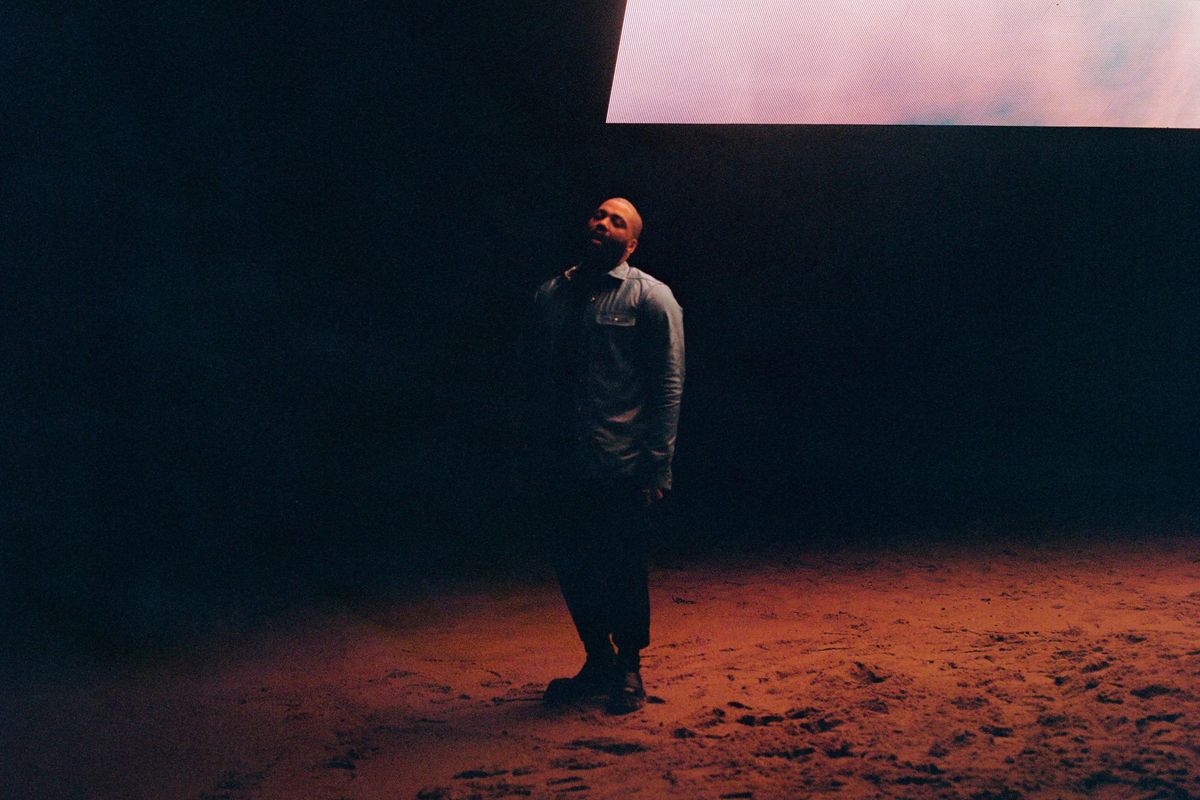 Sam Dew and Young Replicant on Their 'MOONLIT FOOLS' Trilogy

As Sam Dew prepares to release his debut album, MOONLIT FOOLS, next month, the acclaimed singer/songwriter is offering up a preview of his project's themes across three, new music videos. To create the cinematic trilogy, Dew enlisted Director Alex Takács (AKA Young Replicant), who transformed his singles — "NTWFL," "GONE" and "DJ" — into separate vignettes that explore fear, loss and technology.

In "NTWFL" — an acronym for "Now That We Found Love" — a man wanders throughout the city alone at night, carrying cards with people's faces on them like IDs. He's not alone in people looking for their match, while helping others do so in the process. Intentionally mysterious, the first MOONLIT FOOLS visual introduces ideas of isolation and digital disconnection.

The video for "GONE," featuring Kirby, is then cast in black-and-white and centers on two separate subjects, one alone drinking coffee in a diner and a mechanic enveloped in sparks and smoke. More questions are raised than answers, here, and a cellphone gets dropped into a swirling vortex before it's all revealed to be something of a dream.

"DJ," which dropped today with production from Jack Antonoff, finally rounds out MOONLIT FOOLS, and doubles down on the characters' feelings of longing and looking for somebody to love. "I want my baby," Dew sings, asking for a DJ to "play that slow jam "in hopes that she "saved her lonely for him." Throughout the clip, the cast interacts in various ways, whether via screens or on the beach, though it's never clear what's real or fake.

"We romanticize things," Dew says in a statement about the core messages of his breakout effort. "We already know why we act the way we act — we just want to feel seen." Below, read how the musician and director collaborated to produce a "mysterious network of communication" that accomplishes just that.

Why did you connect with Young Replicant to create these films?

[Flying Lotus'] "Coronus, The Terminator" video. That was enough for me. I've seen that video maybe 50 times. The amount of tricks he is able to capture in camera before post is insane.

Lyrically, from your perspective, what's the relationship between these three songs?

"MOONLIT FOOLS" makes me think of a doe-eyed idiot with a lifetime of lessons ahead of them. Lyrically, these three songs are the naïveté of desire — an inevitable fumble and the fight for atonement that follows.

How do you see your own stories reflected in the actors' performances?

I don't see myself and love that [laughs], but I feel very seen by the story. I wanted to see ethereal beings do ethereal things while oblivious to regular folk like me. It meant a lot to see them burdened by that same weight we have despite their weightlessness.

Visually, how did you go about connecting the dots between Sam Dew's tracks?

I wrote them one at a time, so the story developed in an organic way. "NTWFL" set the tone and created the world; the other two unfolded quickly once it became obvious who the three main characters were. I can't really describe the story without flattening it, but it's a collection of ideas that rhyme, like a magic-realist pop song. In Sam's music, I saw a night of synchronicity and entanglement — a mysterious network of communication, the labor of love.

How'd you approach deciding which actors would best tell these stories?

We connected with casting directors Anissa Williams and Zora Dehorter, who brought some incredible talent on board. I approach music video casting just like any dialogue-heavy role and in this case, we had actors submit video of themselves running a short scene.

Joseph Otsiman had an incredible tape. I was struck by his actor's imagination and how much texture and detail he brought to a scene filmed from a hotel room. You could tell, in his mind, he was sitting on a beach and his choices flowed naturally from that imaginative fact. Dorée Seay was equally captivating. For her audition, she just sat and stared into the camera and her eyes told the whole story. Tony Todd is a legend and we were thrilled to find out he was interested. He knows how to give good creep, but balances it with charisma and warmth. That was the exact combination I envisioned for his character.

How did you marry your visual style with Sam's musical style?

Every visual element has some basis in Sam's music, but it's not always a conscious part of my process. They're love songs, but they're haunted by longing and ambiguity — it's night music. That feeling informed most of the major visual choices, but each song has its own flavor and I wanted to tell a story that could accommodate the shifts in tone. There's a bit of genre play happening in each film. To me, "GONE" is a swirling void, dripping with anxiety while "DJ" feels like the romantic, bittersweet rush you might feel when the credits start rolling.

MOONLIT FOOLS by Sam Dew is out February 26th.