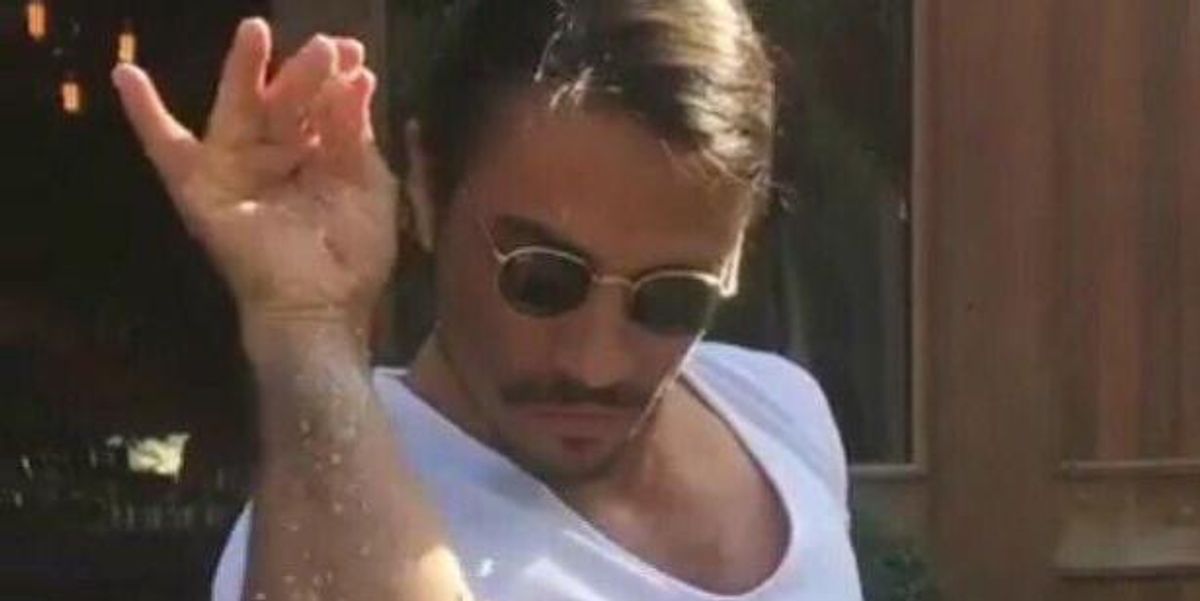 "Salt Bae": The Strangely Sensual Meme That Will Make You Feel All Weird

Over the weekend, Twitter went crazy for one kind of uncomfortably sensual video of a man the Internet-at-large is now calling "Salt Bae" -- and, holy shit, does his sprinkle wrist make us feel all weird inside.


Salt Bae, a Turkish chef named Nusret Gökçe who owns a chain of six steakhouses, already had a pretty decent Instagram following, but went full-blown viral after a new video of him sprinkling salt on a perfectly deboned steak became a meme to illustrate the moments when you're being the most.

Adding a little Caucasian to your cv before sending it off pic.twitter.com/VAwoCTCLQO
— THELMZKITCHEN (@thelmzkitchen) January 8, 2017

When your sibling is already getting shouted at and you remind your mum of other bad things they have done pic.twitter.com/X8Z4zXeRyX
— #2KGIVEAWAY (@90sTalha) January 8, 2017

You vs the man she tells you not to worry about pic.twitter.com/QeXqj8upj2
— ™ (@elBeardedBandit) January 7, 2017

Couple that with a bunch of observations related to proper loving, and you've obviously got a bonafide social media superstar. Take note, boys.

When #Saltbae got you feeling some kind of way. Just need some 90s RnB slow jamz with thishttps://t.co/hDwQ2zBlyz
— Andrien Gbinigie (@EscoBlades) January 8, 2017

Nah mane how he just twist that damn bone out? I wonder does he teach knife skills #saltbae pic.twitter.com/YODAwdTzAm
— Fat and Boujee (@SimplyShimada) January 8, 2017

And it also doesn't hurt that he bears a striking resemblance to The Fairly Odd Parents's Juandissimo Magnifico.