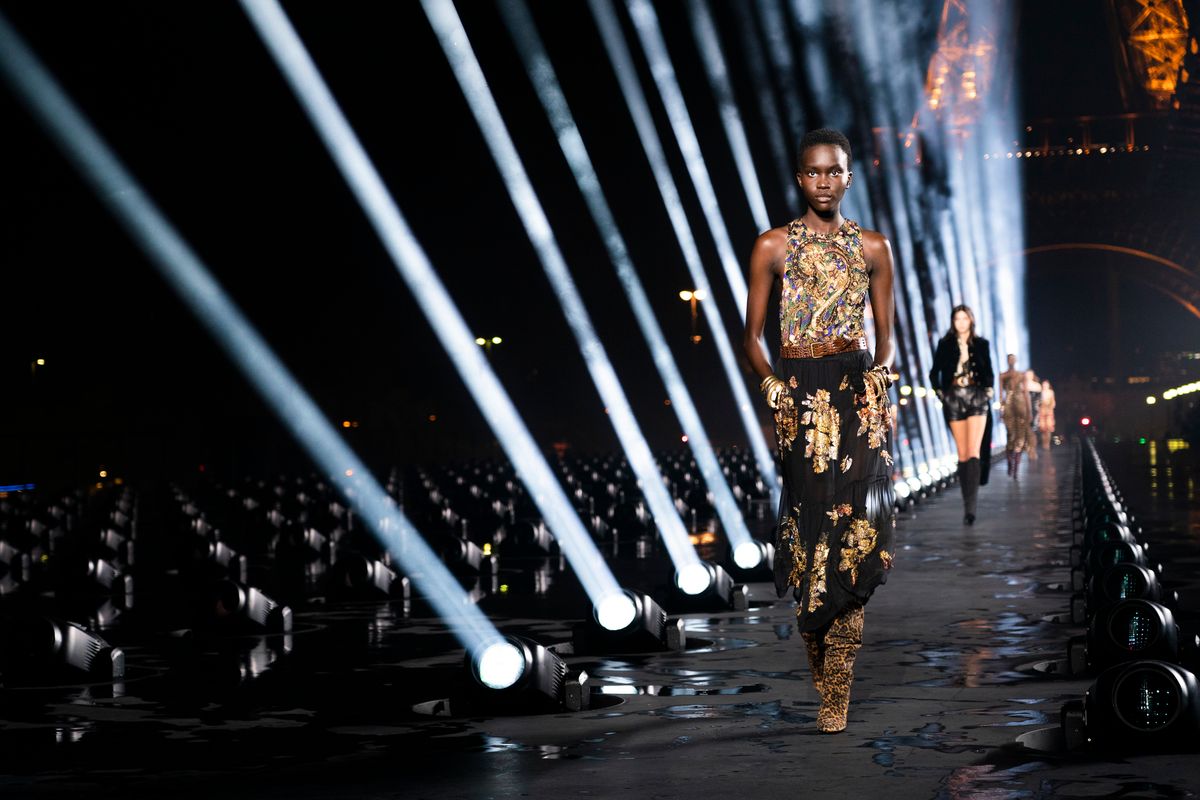 SebastiAn Breaks Down His Score for Saint Laurent

Saint Laurent's Spring 2020 presentation was a show of epic proportions. Set in the shadow of the Eiffel Tower with a runway flanked by an army of spotlights moving in tandem like a fountain outside the Bellagio, its production was massive in scale and made all the more dramatic by a rain-soaked runway and Naomi Campbell finale. Naturally, the show demanded an equally, if not more, grandiose soundtrack.

"When we started, I proposed to compose some new music specifically for the show, especially for the clothes' themes, instead of just adding some already existing music," SebastiAn told PAPER. "It was more about something that could be the 'soundtrack' of the looks and the mood they were creating all around the show, like you could do for a movie."

The soundtrack for Saint Laurent's Spring 2020 presentation still bears many of SebastiAn's signatures. There's distortion heavy guitars, nu-disco strings, and blog house-era electro, but he spreads them out across a more atmospheric arrangement. The result is a musical embodiment of the same attitude the Vaccarello-led Saint Laurent aims to project: historically impeccable tailoring with a rock 'n' roll grit that's effortlessly cool.

"The way of production is different, I never really have more than three days to compose," SebastiAn said. "It's not possible to go back on what you just did; I'm discovering what I just did almost at the same time as everybody is when the show starts. It's very satisfying to see something you just did few days or even few hours before being suddenly alive."

Such a tight turnaround would be enough to make some of even the most seasoned producers break into a sweat, but SebastiAn actually finds the process quite liberating. "The process doesn't let you have the time of any brain analysis and that's what I like," he said. "During the process of creating, the brain can be the enemy of the creation in music sometimes (too many questions, critical distance, analysis). Music is a conceptual rest to me."

Revisit Saint Laurent's Spring 2020 show, below, and catch SebastiAn on tour this fall.