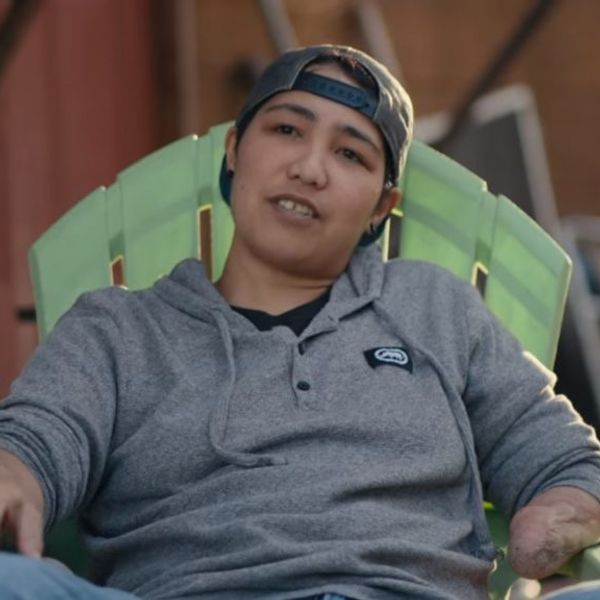 Perhaps the coolest, most level-headed person in the entire Tiger King series, zoo employee Saff, was subject early on to some of the horrors of Joe Exotic's mismanagement of G.W. Exotic Animal Park (including an accident that left him without an arm). And while the viral Netflix documentary shed light on the subpar working conditions that staff endured during their time at the zoo, one wrong the documentary filmmakers did not right was the misgendering of Saff by the film's subjects.

"Saff, the person who got mauled by the tiger, told me repeatedly that he is trans, prefers to be called Saff (not "Kelci"), and uses he/him pronouns," Robert Moor tweeted out a few days ago following the documentary's release. Moor had previously worked on a long form article for New York Magazine about Joe Exotic and his zoo and was able to offer insight into many of the characters' narratives.

Saff was continuously misgendered throughout the Netflix program and no clear attempt was made at correctly identifying him and his pronouns either during or post-production. Moor did add, however, that "all of the news broadcasts at the time, and most of the people at the zoo, use the wrong pronouns for Saff." While this is no excuse, it offers some insight as to why Saff was so blatantly misgendered throughout the seven-episode series by coworkers and management.

The bright side of the documentary's release is that Saff has been gaining a lot of positive praise from fans for how he handled the situation. He was also recently featured on David Spade's YouTube show, but was incorrectly referred to as Kelci in the title.