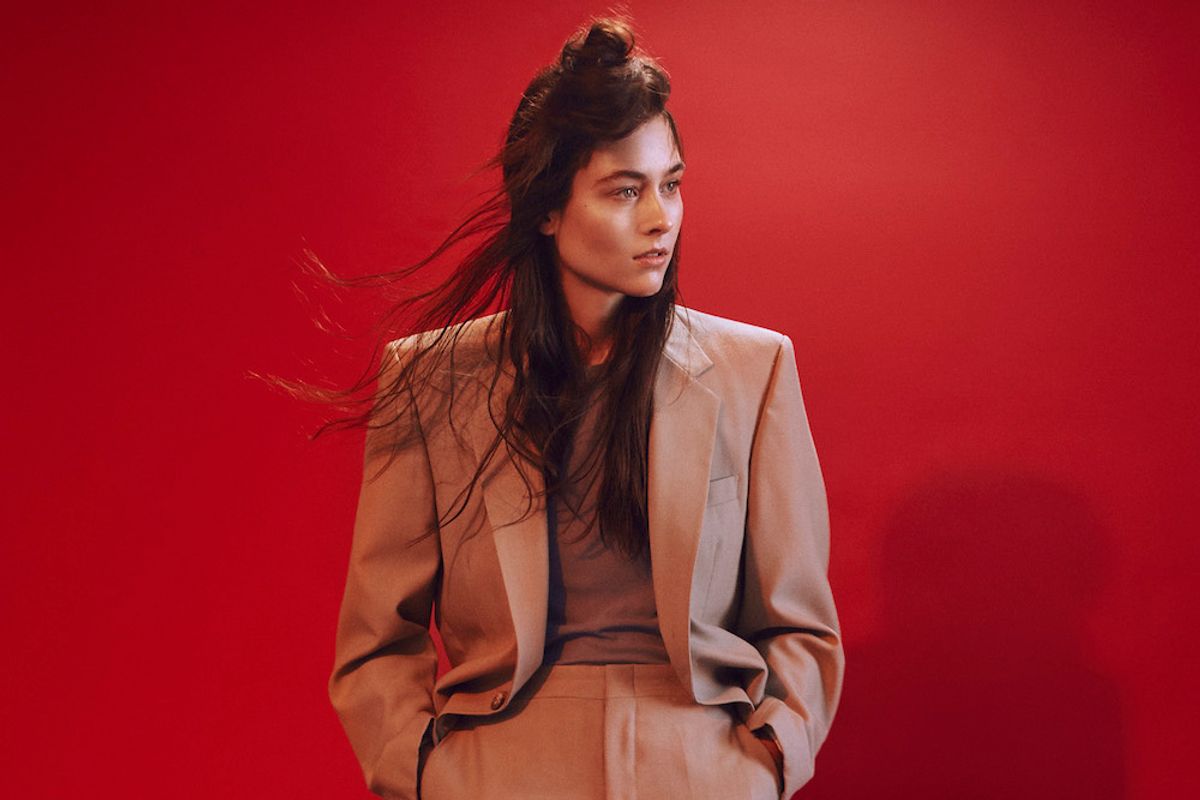 Canadian producer and musician RYAN Playground is a cool girl. Not in the outdated "can hang with the boys, girls are too much drama" definition, but just in the sense that she is really fucking cool. The model-turned-producer is killing it in multiple industries, writing and producing minimalist electro-pop capsules of emotion, all while exuding the kind of organically charismatic energy that makes you want to grab coffee and talk about your childhood with her.

Born and raised in Montreal by a pair of classical musicians, Genevieve Ryan Martel grew up obsessed with pop punk, composing for drums and guitar, and tinkering with electronic production on her laptop. However, unlike other indie upstarts, Martel has also been serving fierce looks as a model since she was scouted at 13. Her high-end profile includes work with iconic brands like Vera Wang and Issey Miyake. She never expected to make a career out of music, but going with the flow of her own success, put modeling on the back-burner and signed with Ryan Hemsworth's Secret Songs label in her early twenties. In 2016, she released her first EP, Elle, which orbits the progressive edge of electronic pop that is playfully blending the natural and the synthetic. As such, the record is both personal and abstract.

Now that the music world's paying attention, the upstart is preparing to release her debut album 16/17 later this summer — and today, has released the first single off the album, "Pie In The Sky," as well as an acoustic lyric video. Transitioning from glitchy, cascading beats into warm guitar strumming and plunky piano chords, the song's structure mirrors the emotional roller coaster RYAN Playground sings about: "Rollercoaster in my mind now / I guess I'm up the hill now / eyes are closed for the way down." There's a bedroom-like intimacy in her vocals, her minimal but playful production conjuring dark femme sensuality.

"This song is about the acceptance of the ups and downs of life that we face on a daily basis," RYAN Playground says. "I wanted this video to reflect this in the simplest way and leave space for interpretation."

Speaking on her transition from modeling to music-making, Ryan says that she has always made music, and that modeling was happenstance. "Since I was a kid, music was always a passion, but I initially didn't really expect to make a career out of it," she says. "Now it all has fallen into place very naturally and I feel like I'm at the right place."

Listen to the PAPER premiere of "Pie In the Sky," below.