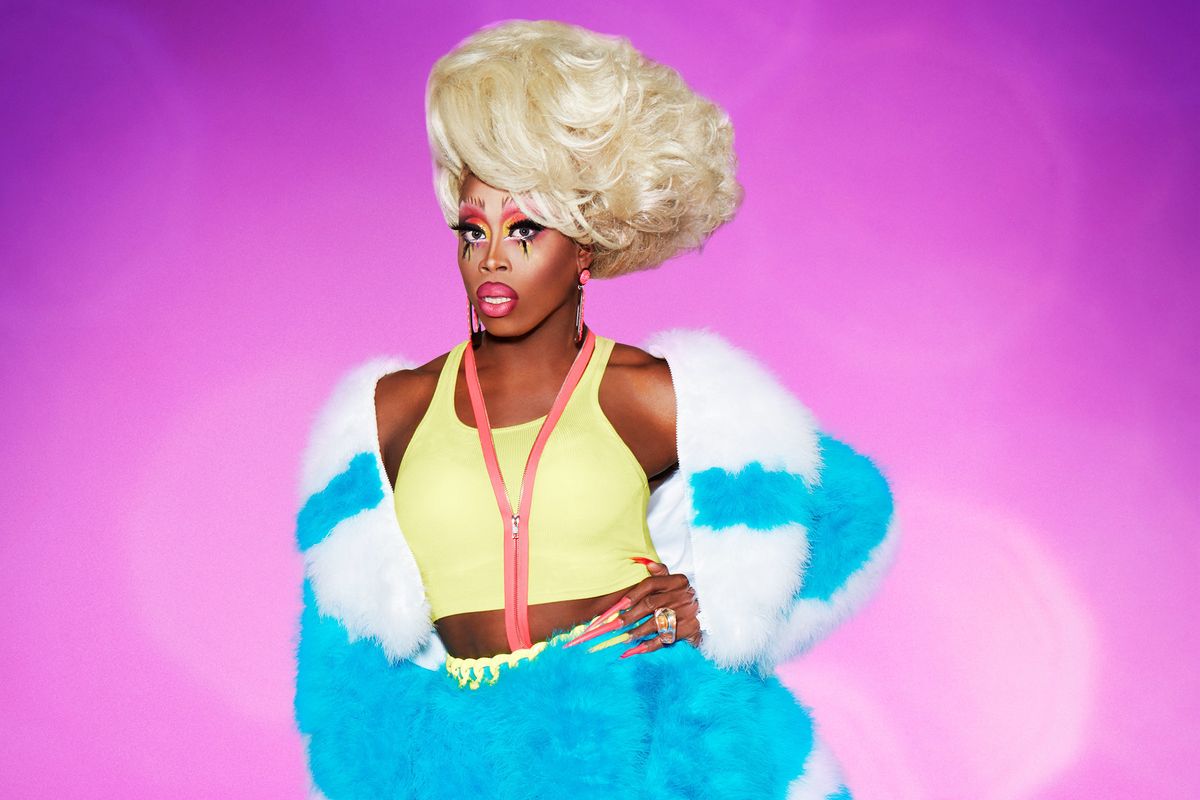 RuCap: Monique Heart On the Extreme Cost of Drag Race

Season after season, the queens on Drag Race have stepped their pussies up, showing up with better looks, bigger wigs, more social media followers and perfectly rehearsed catchphrases. But preparing for Drag Race is a huge expense, and not all queens have the resources and connections to show up with suitcases full of custom-made drag. Some of them, like Monique Heart — who was sent home last night after flopping as Maxine Waters during Snatch Game — show up with a few bolts of fabric and a lot of personality.

This season, you've been one of the breakout stars of the show, especially in the confessional interviews. Did you use those as a way to connect with the audience when you realized you weren't necessary connecting with the judges?

I went in to the competition knowing that my brand is Kevin and Monique, we are a dual package. People love me as soon as they start to talk to me, I'm very animated, I'm gonna paint you a picture to help you understand what's going on i did that and people relate to that, people love that. Who wants to watch a boring show? The plan was to connect with the world, it had nothing to do with the judges. I was the queen that every week had three hashtags — that show was mine, it just sucks that I went home.

You woke a lot about how you didn't have the quantity or quality of drag that some of the other queens had, which had to do with your financial situation. What is the expense of preparing for Drag Race?

It's a lot, especially to have good shit. The reality is that everyone for the most part has good taste, and when you have good taste you might not have the necessary money for the name brand look, but you can achieve the look. In leaving to go to the competition my car broke down, I was trying to help my mom out financially, there were a bunch of things that I needed to do, so I just came with bolts of fabric that I could hodge-lodge together. Whether I was wearing sequins or not, I still stayed it, the judges didn't care so does it matter.

Is that a hallmark of your drag, working with what you have?

Yes, in a sense. Girls from this season were working seven shows a week, I had eight shows a month. I wasn't doing drag like that on a regular basis, I didn't have a whole lot of stuff. I'm crafty, not in the sense that I'm going to do a craft project, but how can I get the materials that I have to perform. Not having the finances that I needed did affect me in the competition, because girls got to go back to their room and work on whatever they were working on, and I had to work on my looks.

This is really indicative of the way Drag Race has changed the industry of drag, because now we expect queens to be super polished and have up with custom-made looks, but is that really the mark of a polished drag queen?

No, just because you got expensive shit, you still can be ugly as hell. We all know tons of girls who have designer shit — Willam had designer shit but that bitch was busted as fuck, it wasn't until after his season that that bitch actually got pretty, and she was wearing Marc Jacobs and Jimmy Choo shoes. Money doesn't equate to anything, however I will say that you see it all over the place, it's all about having a look and if you have that look you generally do well. It's the law of attraction, honey, you can have an amazing arc but if you not cute, you not doing it. It sucks, but you have to know how to play the game. I felt like I at least knew how to play the game. I may not have the money but honey, don't tell me I'm not sickening. Bitch I made that and it looks stunning. The girls are whatever, because they would tell me, "bitch you look stunning," which you cannot tell me that I didn't! I made it 20 minutes ago! It sucks, but it's the culture that we live in — not just Drag Race, but everything. Why do we have people in debt trying to drive a Mercedes Benz, what the fuck are you doing? We have people who move to New York paying $3,000 in rent and barely making it.

What was the highlight of your time on Drag Race?

Every time we got to kick it, every time we heard, "To the Moon." You knew, alright I made it another day, I get to kick it with the girls, we'll be in the van talking shit. It's that sisterhood, no one will ever know — VH1 only shows y'all what they want, but we laughed on a regular basis, we fight but we're family. I had my life from start to finish. I left too damn early but bitch, I lived.

What has been the highlight since the show started airing?

Hearing and seeing everyone across the world see that i was robbed from start to finish.

Well maybe we'll see you on All Stars 4.

Maybe. Or All Stars 5, let me get some money in my pocketbook first.

Aquaria as Melania really took me there. Nothing but respect for MY First Lady.

The Vixen has got to go. Her onstage talent simply is not great enough to match her offstage drama. She called Eureka out for doing too much and being self aware that she was doing too much but not trying to change her behavior. Since day one The Vixen has said repeatedly that she knows she's heated and will take on anyone who crosses her but doesn't care.

How could they do gay icon Carly Rae Jepsen dirty with that flop of a lip sync?

Cracker and Kameron really came through with those fish puns on Untucked.

Twitter was buzzing with people saying that of course Aquaria is winning look-based challenges because she's friends with designers and wealthy club kids. But how did she make those connections? By busting her ass in clubs since she was a literal teenager. All of the queens are pulling in whatever favors they can when ti comes to preparing looks for the show... Aquaria just happens to have more talented friends.