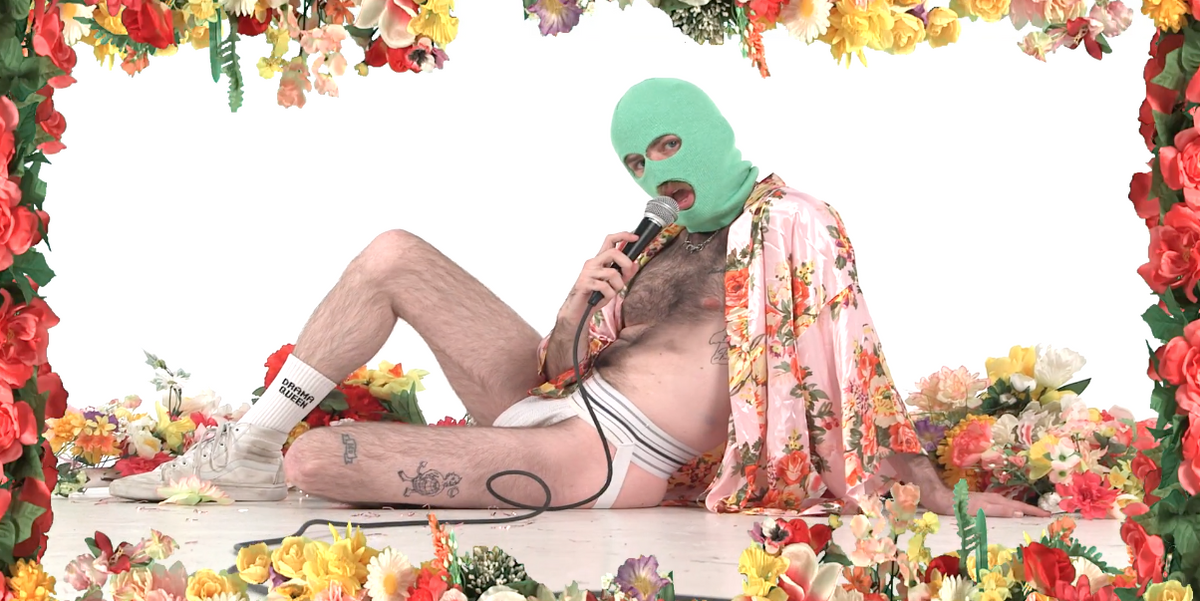 Rising from Minneapolis' local music scene, Royal Brat is spreading blazing queer fires with their aggressive, combustive brand of punk. They've previously released a demo cassette, which led to a successful nationwide tour, and now the band is preparing to drop their debut full-length, Eyesore, out February 23rd via Moniker Records.

New single "Snowball" is a proper preview of the album's ferocious attitude, with lead vocalist Alex Uhrich shouting wildly above fuzzy drums and unapologetic guitars. "Be aggressive! Got to be aggressive!" he shrills, creating what the band describes as a "rally cry" for them and the LGBTQ community. "It was written about experiences we have as queer and femme identifiers in a culture that celebrates and rewards toxic masculinity," they said. "It's a root for the underdog; it's about having confidence in your own way of doing things."

Directed by Casey Lambert alongside Royal Brat, the "Snowball" music video features ceramics by Dan Jaffe, an artist whose "crude and absurd fruit sculptures" seemed like a fitting visual metaphor. "It also gave us a chance to use one of our favorite color palettes, which is inspired by cheap and tacky Valentine's day ephemera," the band says. "It turned out looking more extra than an Anne Geddes photograph."

In addition to Uhrich, Royal Brat is comprised of bandmates Shannon Boyer, Clara Salyer, and Conor Burke. Eyesore speaks to all of their lived experiences, touching on everything from gender dysphoria to inequality and the pains of breaking up. The album will also address life as a survivor of sexual assault, something that contributes greatly to the larger cultural conversation today.

Watch the PAPER premiere of Royal Brat's "Snowball," below, and pre-order their debut LP Eyesore here.