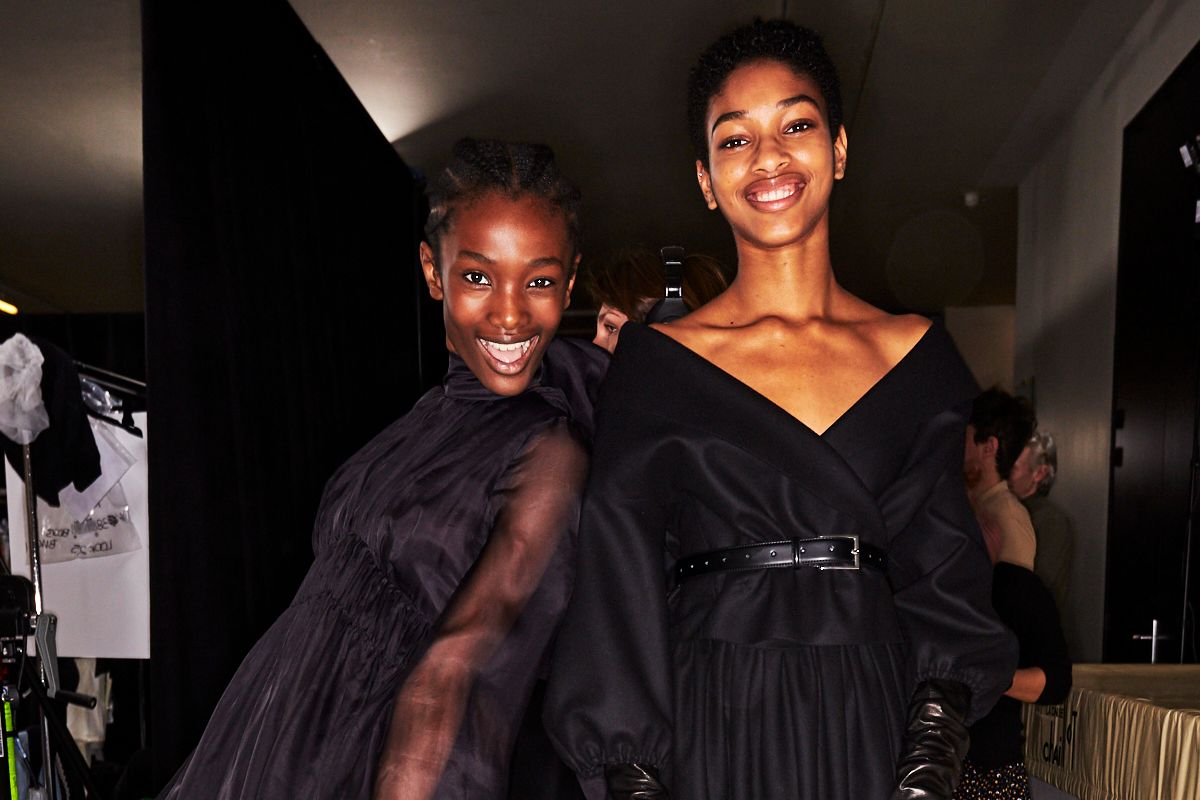 When the very first look at the Rochas fall 2019 show debuted on the runway — a rounded gray skirt suit with an extreme shiny black Stephen Jones hat — the collection immediately felt like something one of the legendary socialite swans of the elegant 1960s might wear. Creative director Alessandro Dell'Acqua said he was inspired by couture references in a modern world, and that was visible in many of the pretty, feminine pieces he presented. Here's everything else you need to know about the collection.

Any follower of the Rochas label will know that some of the most stunning pieces from the brand are the beautifully embellished garments with marabou trims or crystals. Here, Dell'Acqua showed multiple feathery coats as well as dresses and skirts trimmed in feathers and sequins.

Black and caramel patent leathers in the form of skirts, dresses, jackets and long overcoats lent a nice, new texture to the collection. These pieces also lent a hint of modernity alongside the mid-century couture looks.

Black and caramel patent leathers in the form of skirts, dresses, jackets and long overcoats lent a nice, new texture to the collection. These pieces also lent a hint of modernity alongside the mid-century couture looks.

Flowing chiffon and silk gowns in white, baby pink, navy and black looked like something straight out of an Italian film in the 1960s. Tied in a big bow at the nape of the neck or designed halter style, the details were standouts.

There were only a few hats in the collection, yes, but they demanded just as much attention as the clothing. Designed by Stephen Jones in sleek black colors and angular shapes, they gave way to a slightly dark, refined aesthetic.

Several dark turquoise and caramel hued pieces were paired together. The color combo was definitely different and slightly odd, but in that way it almost felt vintage – like the kind of styling you might see in an early Technicolor movie circa 1965.