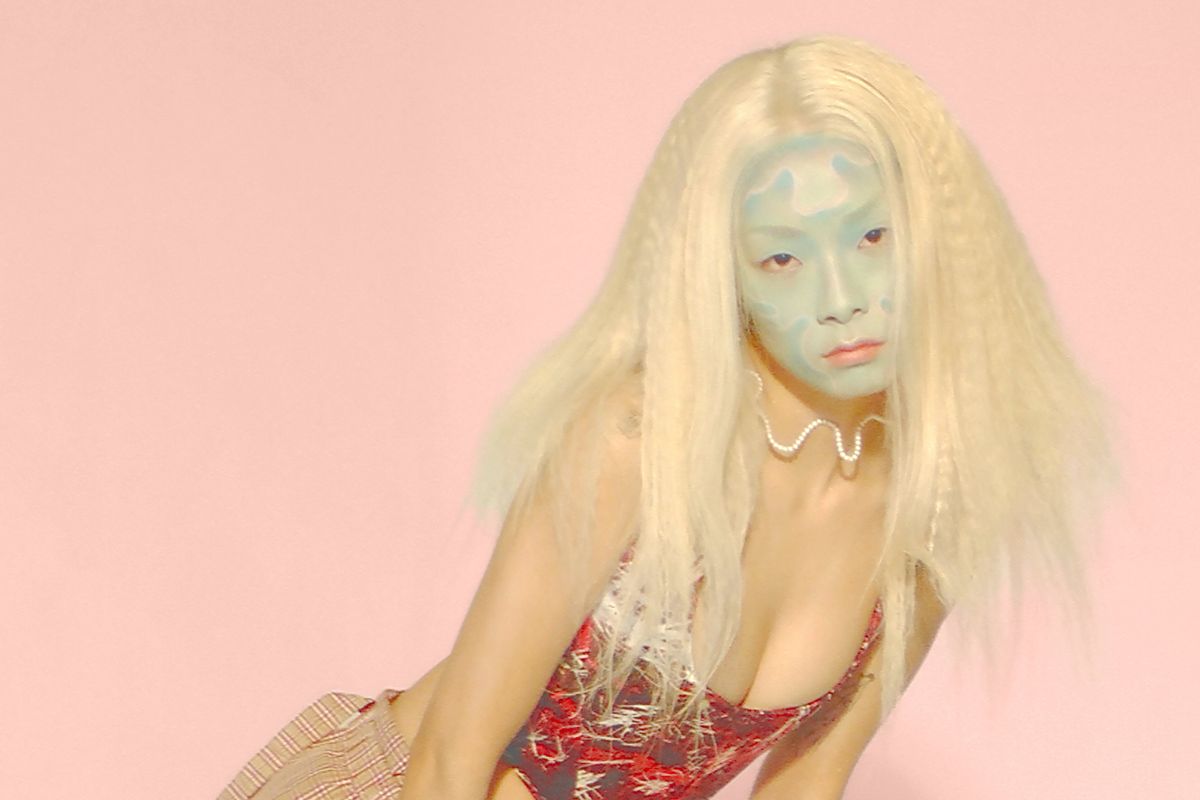 The way that Little Monsters are winning in 2020 is beyond anything we've ever seen, but truly, it's what we deserve. Pop's freshest megastar, Rina Sawayama, just released a cascading cover of Lady Gaga's 2010 track "Dance in the Dark," and it's offering a whole new outlook for fans of the deep-cut favorite from The Fame Monster.

As if fans of Sawayama haven't been getting enough new music this year, Spotify just released her #SpotifySingles session for their 2020 Pride campaign, and of course it slaps just as much as her other covers. Her take on "Dance in the Dark" is an electro-pop rendition sung in her trademark theatrical tone, produced by her collaborator and star in his own right, Clarence Clarity. The duo have teamed up together more than once during quarantine to create dramatic covers of Sawayama's favorite tracks, previously with their remake of "Love It If We Made It" by The 1975.

The result of their most recent collaboration is a track meant to celebrate Pride month, but in a year bereft of circuit parties, late nights sweating at the club and massive parades, "Dance in the Dark" takes on a whole new meaning. With the spotlight gone and distance between us all, it's never been more painful to pull apart from a lover. Thankfully, we can sob along to Sawayama's cover in the meantime.

It's hard to hear the original version of the song quite the same after listening to the new cover, since Sawayama's voice somehow rivals even Lady Gaga's level of theatricality. The smashing synths and reverberating snare hits build up the song to new cinematic heights, almost painting a picture of an animated Disney love story. Perhaps this is because of how much the track evokes the feeling of listening to pop's greatest hitmakers of the late '90s, the golden era of the Disney ballad. It's a style that Sawayama is perfecting with each new release, most recently with the praise she's gotten for "Bad Friend" from Elton John himself.

Listen to Rina Sawayama's full cover of "Dance in the Dark" exclusively for Spotify below.