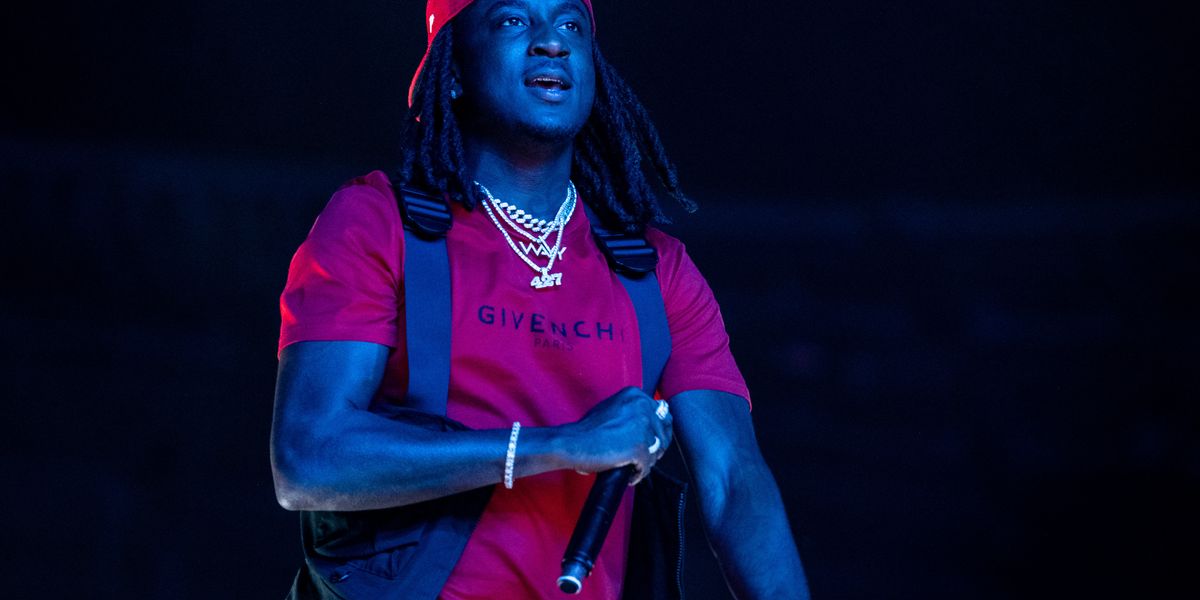 One of the most popular TikTok dance crazes to sweep the Internet is the Renegade dance. Everyone from Lizzo to the Stranger Things kids have recorded 15-second videos of them turning up to K Camp's "Lottery" with the same iconic steps. On Friday, the rapper made sure to give credit where it is due, and recognized the 14-year-old choreographer who turned his track into a worldwide sensation.

Jalaiah Harmon is the name everyone should know. According to a New York Times report, the young dancer was the originator of the viral Renegade dance. She made the moves in her bedroom in Atlanta, and her masterpiece soon went viral, with people adapting her choreography. But no one gave her any credit for her work.

14-year-old Jalaiah Harmon does the original version of Renegade dance that she choreographed in her Atlanta bedroo… https://t.co/ItFtoLTD5J
— Taylor Lorenz (@Taylor Lorenz)1581693770.0

Reporter Taylor Lorenz writes that the young dancer tried to spread the word, and tried to have influencers and other popular TikTok users credit her, but no one really paid her mind. But now K Camp himself is making sure everyone knows. The rapper posted a video of Jalaiah and her friend Skylar dancing the Renegade, and tweeted, "Thank you Jalaiah and Skylar for helping make lottery the BIGGEST song in the world. Tell the blogs eat it up!"

Now, people know who to thank and — hopefully — properly credit on their TikTok videos.

Giving her the credit! pic.twitter.com/4uqftSUXxE