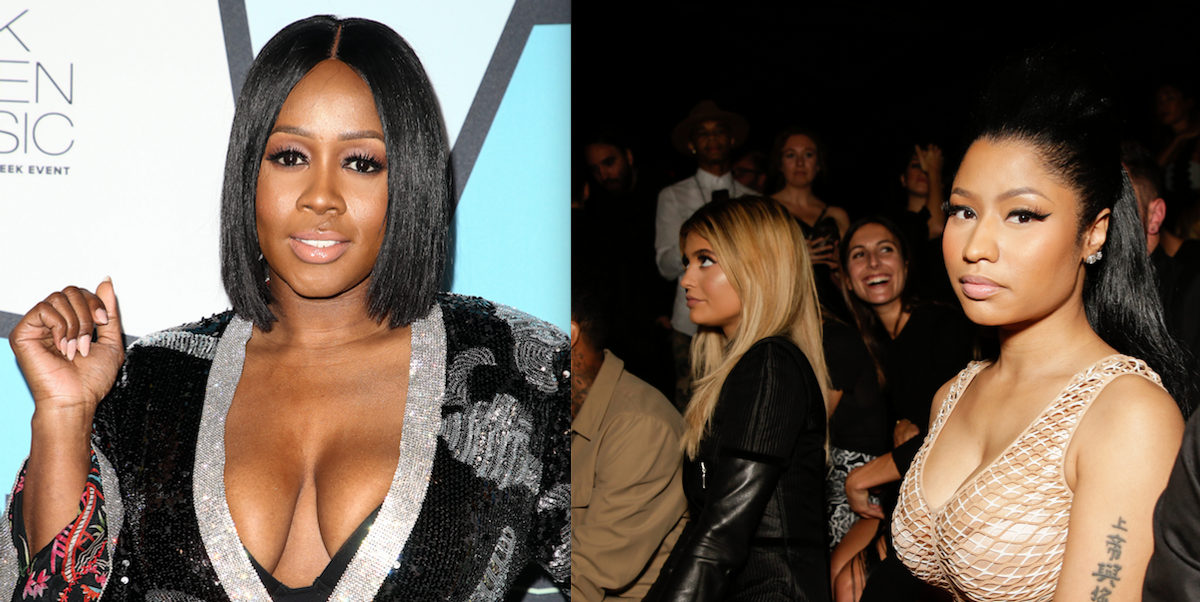 As we all know, New York rap legends Remy Ma and Nicki Minaj have been involved in a beef for the past month. After throwing shots at Remy in her guest verse for Gucci Mane's "Make Love," Nicki was then subjected to Remy's wrath on the world-stopping "shETHER." Nicki fired back (though not in a timely manner) with the Drake and Lil Wayne-featuring "No Frauds," and so on. The beef has been relatively quiet in the past weeks, but as of last night, some more fuel has been added to the fire.

In a new episode of VH1's competition show Hip Hop Squares, Remy Ma, who was a contestant, was asked to finish a bar from Nicki Minaj's highest charting single on Billboard (peaking at number two), "Anaconda." When given the line "put his butt [sic] to sleep," Remy Ma immediately responded, "You know what? I'm kind of thinking that she would have said something about her butt because that's always like every other two bars." The other contestants were quick to call out her shade, so Remy continued, "Well, the song is called 'Anaconda,' where is the anaconda going to go?"

The rapper then went on to defend herself, claiming that she was "actually a big Nicki Minaj fan and I know all her lyrics." However, when she gave her final answer (one that fellow contestant French Montana, who has collaborated with both rappers, agreed with), it was clear that she didn't. She incorrectly finished the lyric, saying, "And her next line is, 'Now I'm eating some tacos.'"

The real line is, of course, "Now he calling me NyQuil." Whether Remy knew this and just wanted to troll the audience and Nicki Minaj is unclear, but it's safe to say that the beef between these two New York rap queens is far from over. Now I guess we just sit back and wait another week to see what Nicki will respond?

Watch the whole segment below (and try not to laugh too hard).

Splash photo via John Salangsang/BFA.com and Angela Pham/BFA.com
You May Also Like
Pride