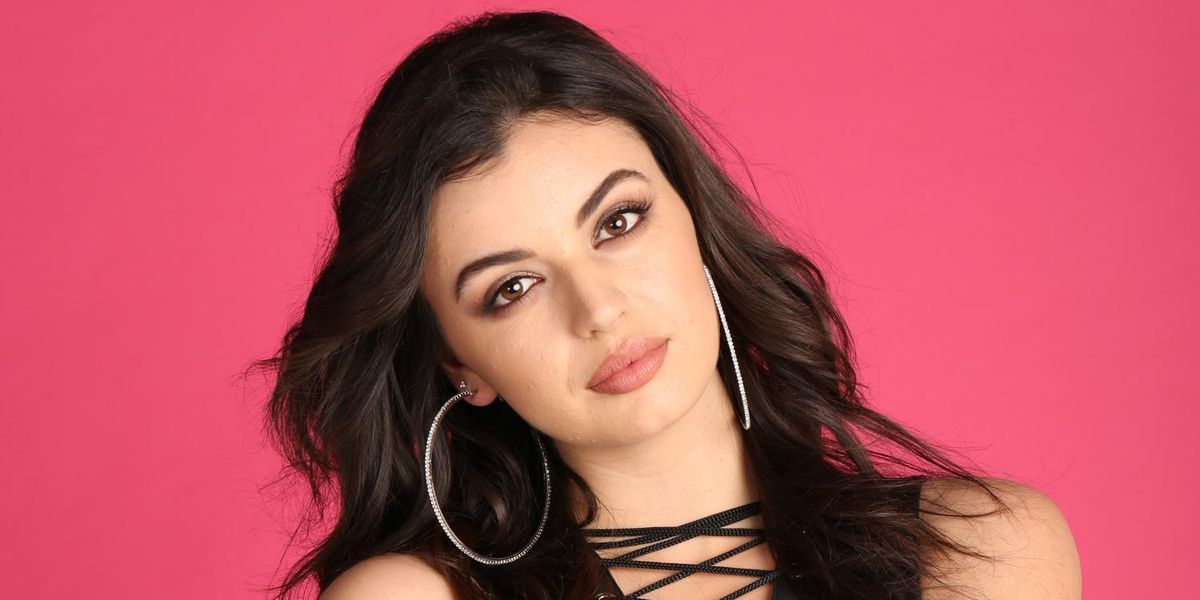 Cast back in the sands of time and memory to spring of 2011, when 13-year-old Rebecca Black's "Friday" was discovered on YouTube. The video, which featured Black and her friends driving in cars, dancing with the slightly awkward self-awareness of pre-teens, and encouraging us all to "get down on Friday" shot to viral fame, racking up over 150 million views and landing it a spot as one of YouTube's most watched videos of all time. But while everyone was watching, the reaction was less than kind--with 3.2 million down-votes, it's also one of YouTube's most disliked videos. Black and "Friday" immediately became the butt of jokes and endless memes. Now, 6 years later, Black is back with new music (her track "Foolish" drops today), plans for an EP, and a surprisingly positive attitude for someone who was once the Internet's punchline. We asked Parker Kit Hill, who's no stranger himself to viral success, to talk to Black about "Friday"'s unexpected notoriety, surviving and thriving after a viral splash, and her newest track, "Foolish."

When did you first realize that you wanted to start making music? How did it all start?

From the moment I was out of the womb, I was on stage performing. At the age of 13, I started with dance classes and performing groups. I performed with this adorable patriotic group that would perform at army bases, marine bases and elderly homes--basically i spent my entire childhood performing.

I'm from Orange County and whatever I did performing-wise was local. I did a lot of work at the Orange County High School of the Arts. Thats where I got into musical theater. I would sneak out of PE to go and work on dance or anything that had to do with performing. Thats when i started to cultivate that love for performing.

How did you get into the studio? What was that like?

So one of my friends got to work with this company over the summer and, basically, they'd write a song for you and it was great because you got a music video and time in a studio. It felt like, "Omg I'm getting my first dip in the water. This is what ill put on my resume." And so the song that they wrote for me was "Friday," and it obviously it blew up from there.

When "Friday" came out, how did it feel when you started to get feedback on it?

Before it got any attention, there was never a thing of me thinking that this is the beginning of something. It was more like, "Oh cool, that thing that I made a few months ago came out and I can't wait to see how it turns out. I can't wait to show this to my grandparents." For me it was that I was happy that I got the opportunity to be in a recording studio. I got to be on a music video set. I'm starting to understand how this all works and maybe one day I'll really be able to do this for real.

When the video started to get more views I was like, "Wow, I can't believe people are watching this." Over a month it had a few thousand views, then within a span of a week it went from 3k views to 14k to 275k. Then by the end of the week it had one million. It was weird.

At the same time, I questioned why people cared so much about this. I think a lot of people didn't realize how young I was. People never realized that I was a real person.

Theres so many people now who go viral, and they put their all into an idea that they think is really great and has good intentions behind it, and then people will get online and rip it to shreds. It's like nobody realizes that theres a person behind that screen and they now have to live their lives with that negative feeling.

Were there people who wanted to work with you right after "Friday"?

You would think, but not really. "Friday" did give me great opportunities. I was able to work with Katy Perry. I won a Teen Choice Award. At the same time, I cannot tell you how difficult it has been over the past 5 or 6 years for people to take me seriously, to be completely honest. I have a great team and they help me. Sometimes people don't want to take a second look. They only want to to stick to what they know you by. There have been people that I've been super lucky to work with and it has been really hard to get my foot in the door.

When social media is getting crazy for you, what do you do when you want to take a break from it all?

I definitely reached that point a few years ago and I used to preach "Don't look at any of your comments. Don't look at anything. Just ignore it and that way it won't get to you." It wasn't until recently that I was like, "Hold on, even though I'm not reading any of these things, secretly, I am." I would see that one bad thing that someone said and it would set me off. There's a lot of negativity and I would end up ignoring the people who actually cared.

And there were people who stuck around from "Friday" that really did like that song and they really did connect to me. There were people reaching out to me in a good way, and I wasn't seeing that. I think its totally understandable that these people, including myself, would reach a point of not wanting to read any of it. First, I had to accept that it was getting to me and forgive myself for being a human with feelings and emotions. And then I could really give my audience, fans, viewers--or whatever you want to call them--the attention that they deserve for sticking with me and believing in me.

If there's one thing I've learned it's that everyone in the world has this impression that everybody except for ourselves has their shit together or has their life figured out. Especially in this industry [where] people try to put on a facade to be cool. But in reality we are all in the same boat and no one really has their shit together and thats awesome! Thats great! Its just life. Like Kylie Jenner, I know your life looks awesome and perfect but I know it's not perfect at all times. There's just no way!

People may look at my social medias and think that everything is perfect but everyday I'm going back and forth trying to decide if I'm gonna post today, if I'm gonna tweet. Sometimes i won't tweet because i don't have anything to say, and other times I tweet the most random things at the most random times because those are the true moments that I want to put out there.

What do you plan on doing next?

I'm actually going to Coachella! And I have a single out today titled "Foolish." I'm super excited for everyone to hear it. This song is really what I'm going for sound wise and stylistically. There will be a lot more of that to come.