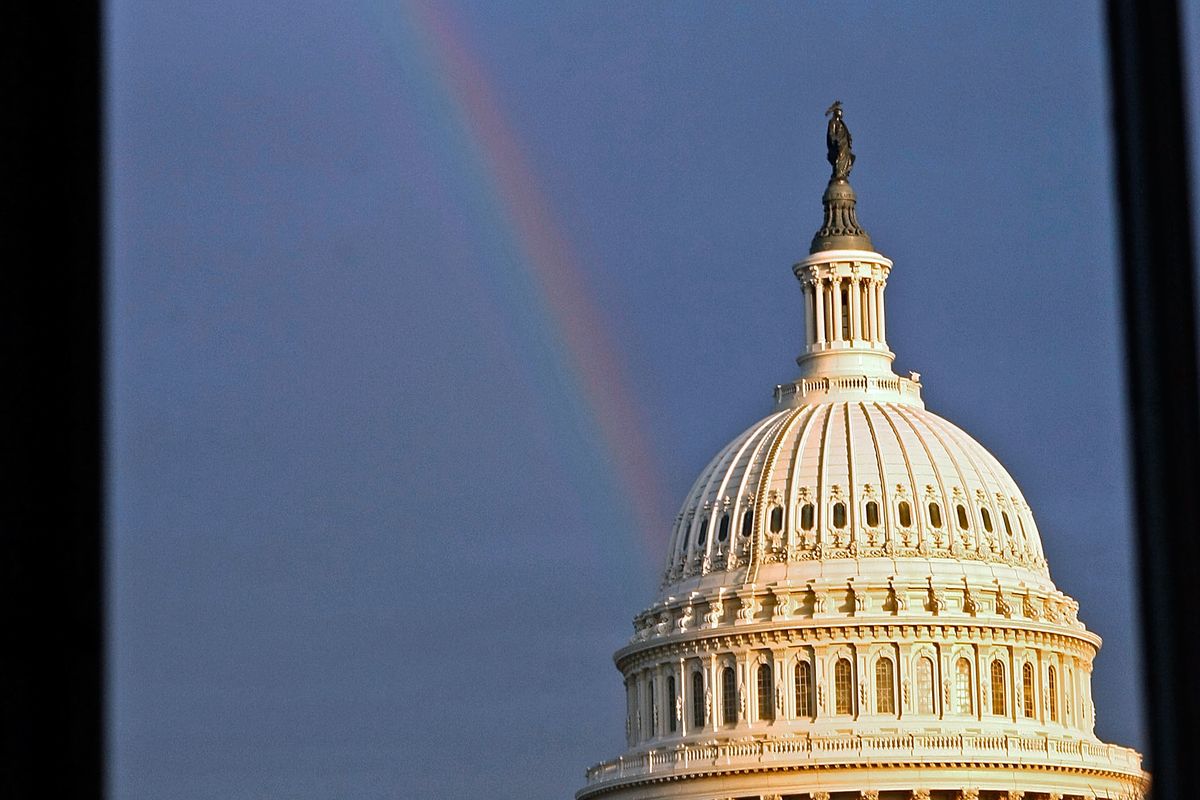 Rainbow Shines Down On The Capitol, Hope Lives On

As we all anxiously bite our nails as the preliminary polling data comes in across the country, the very fate of the U.S. hangs in the balance. Early predictions have been largely inconclusive given how many races are just too close to call, making the fight for control over congress anyone's game. And while we settle in for what may be a long night, a possible omen of hope appeared late today over Washington D.C.

Crashing down on the roof of the U.S. Capitol, a rainbow appeared late this afternoon — a clear sign that the gay agenda is in full swing and taking direct action. The rainbow may just be the sign of hope that we have all been waiting on as we go into tonight. In the immortal words of Jennifer Lawrence, "Gay Rights!"

A rainbow shines over the US Capitol as the sun sets on #ElectionDay. https://t.co/1CBxvGTYDC

The Trump administration has worked tirelessly in the past two years to systematically strip away LGBTQ rights. From recent attempts to erase trans identities from government definitions of gender to barring them from serving in the military to denying same-sex partner's of diplomats visas, this administration has not been shy about its feelings and used its executive authority in the most petty ways possible.

Related | We Won't Be Erased: 40 Trans and GNC People Sound Off On Trump's Memo

Regardless of how tonight transpires, the fight will be far from over. So let this rainbow serve as a reminder of what we are striving for: a fair, just, and equal society. If you want to support trans and non-binary individuals, head here to see all the ways you can help out.