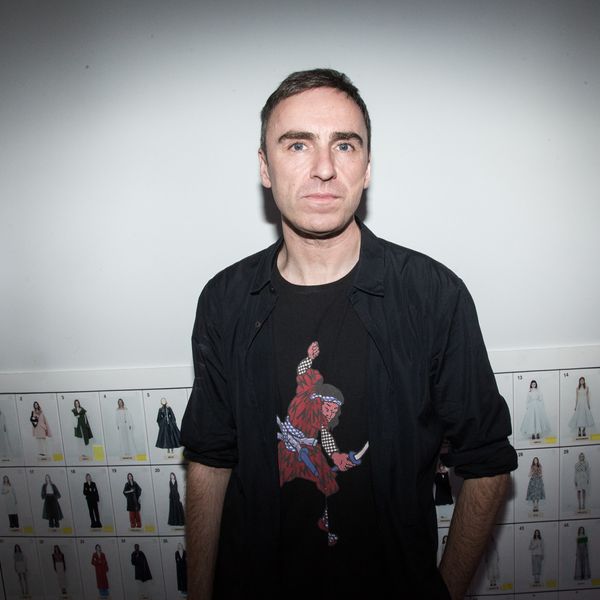 Raf Simons has worked with multiple top-tier luxury brands in his career, including big names like Christian Dior and Calvin Klein. Now, in a move that will shake the fashion industry, the Belgian fashion designer will be joining Prada as the brand's co-creative director, alongside Miuccia Prada.

"We think it's probably the first time that two designers, two mature designers, decided to work together," Prada said, per The Cut. "I think it's a very nice gesture for promoting creativity and culture."

Simons has previously worked with Patrizio Bertelli, Prada's husband and business partner, who selected him to be the creative director of Jil Sander back in 2005. According to The Cut, it was also Bertelli who contacted Simons after his departure from Calvin Klein in 2018.

"Mr. Bertelli emailed me. Then he called and he asked me to come to Milan. It was a very open dialog about Prada's future in general," Simons said. "Then out of that came this thinking, 'Why not do it together?'"

As the Prada website indicates, Simons will officially be joining the designer label beginning April 2, 2020. The first collection that these creative geniuses will be designing together is the Spring 2021 womenswear line, which will make its debut this September at Milan Fashion Week.

This move marks Simons's return to women's fashion, and it'll be interesting to see what works of art and brilliant design will come from this major collaboration. We'll find out in the fall.