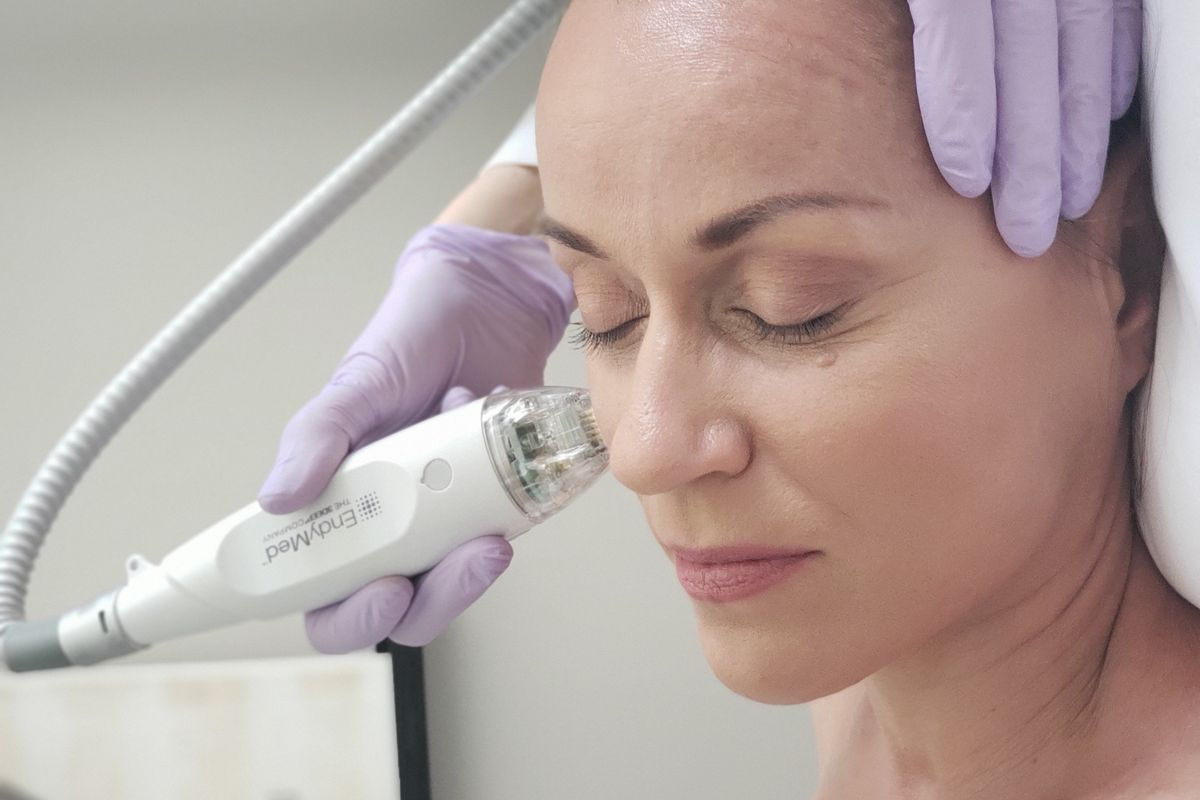 The Lewk of the Rich & Famous

Is beauty really worth the pain? The past few months I have put the age old question to the test in an effort to reach a more Kardashian level of skin (yes, I, too, hate myself for saying that). Looking at the future of beauty, technology is constantly becoming a quick fix for many skin issues. One tech treatment in particular that's gained popularity and momentum in the celebrity world is radio frequency microneedling, which that allows you to resurface and restructure the skin's overall appearance.

According to the one and only Nurse Gigi at Just Ageless in the 11 Howard Hotel, what this really means is using a little pen filled with 25 gold plated micro-needles that puncture the skin, each creating micro injuries (no more than 3.5mm deep) while also heating the skin to stimulate collagen. While this all sounds like Dexter's Laboratory terminology, the treatment aims to reduce acne scars, improve texture and tone, pore size, fine lines, and elasticity. But let's be real: it sounds scary. Twenty-five needles going into your skin isn't exactly a vacation to Bali. But if it's a new treatment used by many of the rich and famous, how bad could it be? I gave it a try and underwent three sessions.

TREATMENT 1: Upon arriving to Just Ageless, I had to walk through the 11 Howard Hotel, which made me feel like an A-Lister from the beginning. Nurse GiGi walked me through the specifics of the treatment and what to expect. After getting numbed up, the treatment began and after 30 minutes, it was all done. As assumed, the treatment was uncomfortable. I wouldn't necessarily say it was painless but what doesn't kill you makes you stronger, right? My gingery skin was now a dark tint of red, which I assumed was expected as I had repeatedly poked it with tiny needles. The treatment ended with me going out the backdoor (you know, so I wouldn't get caught by the paparazzi -- aka my mom).

TREATMENTS 2-3: I'll be honest, I thought these treatments would be easier after the first, but they were just as uncomfortable. Bt what I started to notice was the texture of my skin began to change. All those acne marks from high school -- during years that felt like a real-life version of Mean Girls -- began to fade. After each treatment, the recovery began to shorten and my baby face was coming to surface.

FINAL THOUGHTS: I didn't know what to expect when I started this strange journey but Nurse GiGi was an absolute angel who talked me through the pain and guided me through what I'd expect. I am beyond thrilled with my results and if you can spare the $600-$800 per treatment, do it.


Thank you the one and only Just Ageless and Nurse GiGi. Watch out Kim...I'm coming for ya gurl.