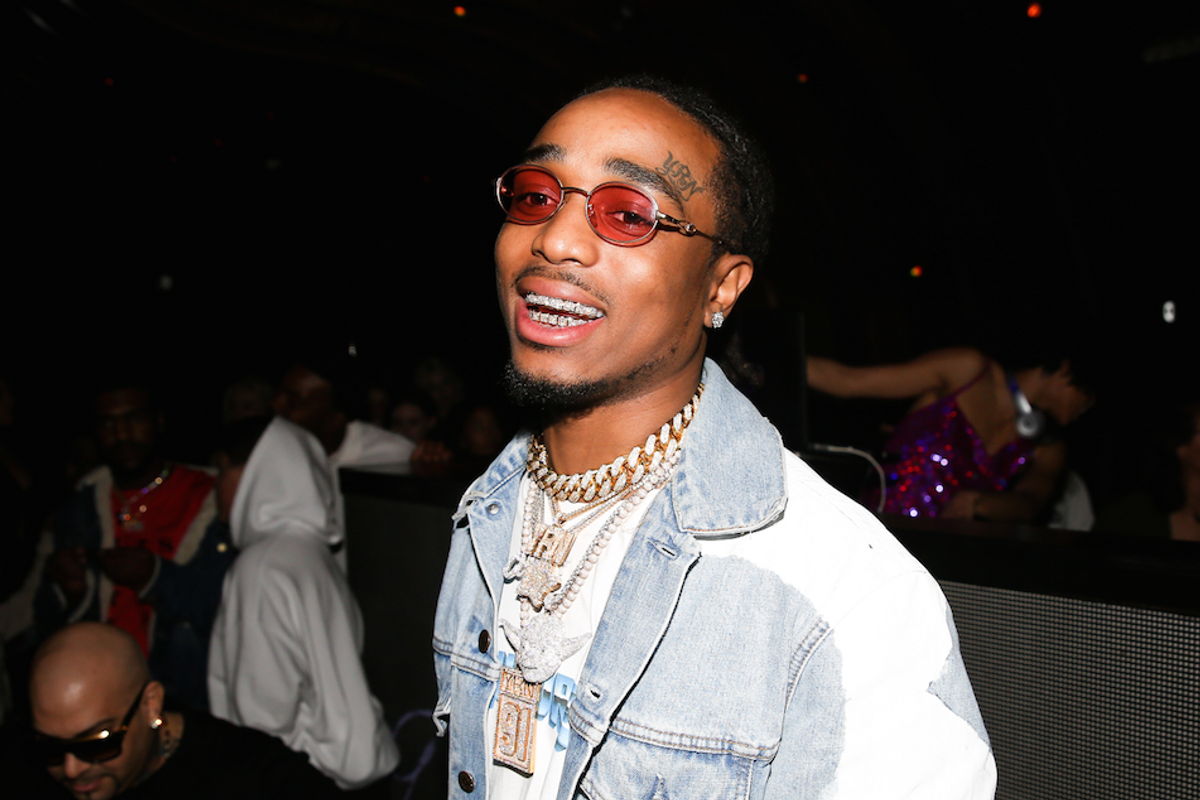 After telling Rolling Stone iLoveMakonnen was "wack" for coming out publicly as gay, Quavo, of Migos, assured Billboard he's not a homophobe because here's worked with Frank Ocean.

The trio issued an apology for their statement to Rolling Stone, in which they suggested that iLoveMakonnen was not as 'hard' he as he made out, perhaps even lying about dealing drugs, because he was gay all along. For Billboard, he clarified his point further but again doesn't quite hit the nail on the head and resorts to the classic "but I had a [minority] friend once so it's impossible for me to discriminate" argument.

Talking to Quavo, it's clear he's not outright homophobic. "If you real from the heart, you real from the heart," he says. "That ain't got nothing to do with no sex or gender. It's 2017, and we all living." But he still doesn't quite seem to get it. "When [Makonnen's] music came out I thought it was hard, so if he would've come out the same way…" He pauses. "I got a record with Frank Ocean ["Slide," a Calvin Harris track featuring Migos and Ocean]. That closes my case."