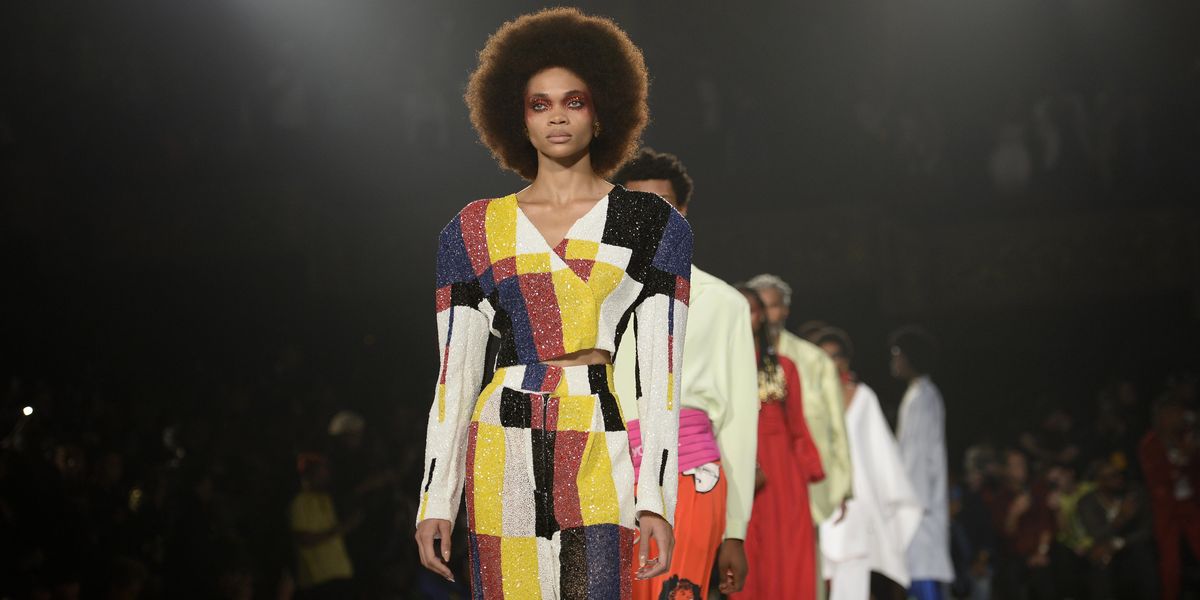 Yesterday, the Council of Fashion Designers of America announced the official dates for New York Fashion Week in September, which will run from September 8 to 12 (with a return to physical shows should state guidelines permit).

While the list of designers presenting won't be released until closer to the event, Pyer Moss designer Kerby Jean-Raymond has already committed to showing on the second weekend of the month, just before the American-themed Met Gala takes places the following Monday.

It will be Jean-Raymond's first time showing at NYFW since September 2019, when he staged the culmination of his "American, Also" series in Brooklyn's Kings Theater in front of 3,000 guests. (The trilogy addressed the erasure of African American narratives in popular culture.) Details of his next collection, titled Pyer Moss Collection 4, will be announced in the coming months.

While it would mark two years since Jean-Raymond last had a major runway presence, the designer has hardly escaped the spotlight. Since that famed outing, the designer has announced a new community platform with luxury conglomerate Kering called "Your Friends in New York," took on a new role as Global Creative Director of Reebok and was named American Menswear Designer of the Year at the 2020 CFDA Fashion Awards.