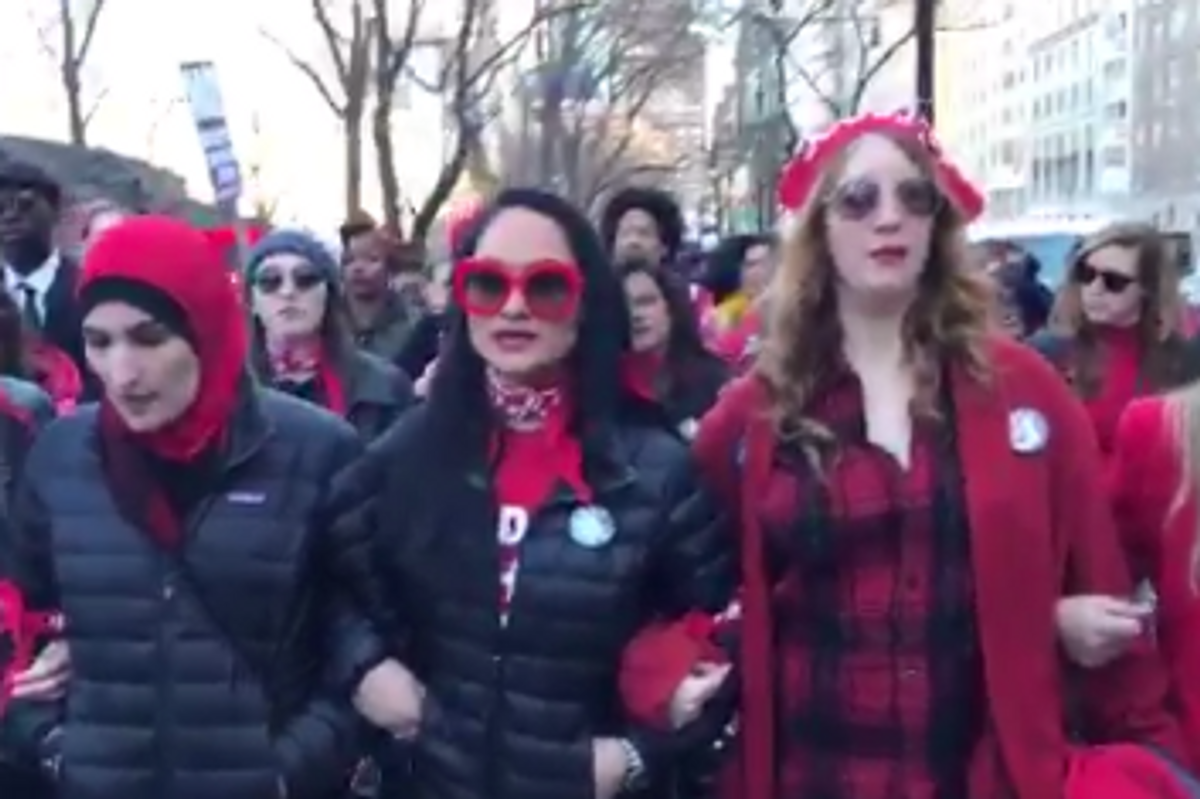 UPDATE 5.07PM: It has now been confirmed 13 activists protesting for International Women's Day were arrested outside Trump Tower, among them Linda Sarsour, Tamika D. Mallory, Bob Bland, and Carmen Perez – all national co-chairs of the Women's March on Washington.

A group of activists have been arrested at the strike protests in Columbus Circle today, including several of the lead activists behind organizing the Women's March on Washington.

The 'Day Without Women' gathering attracted 400 people today, but NYPD are yet to confirm how many arrests were made or those taken into custody face.

We are not sure what precinct we are being taken to at the moment. But we are together, reSisters. #DayWithoutAWoman pic.twitter.com/r10WBikdl8
— Women's March (@womensmarch) March 8, 2017

Women are coming together all over the country today in solidarity for the discrimination that plagues women and minorities in the workplace. Participants are asked to wear red to show their support as well as refrain from paid/unpaid work and shopping.