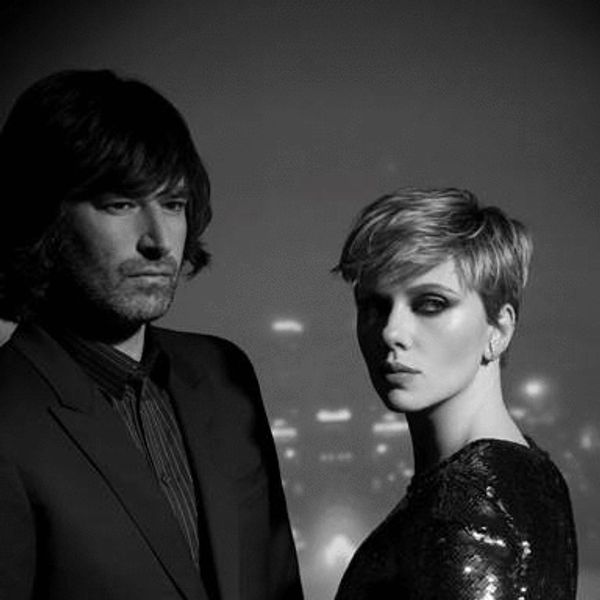 ​Today, dynamic duo Pete Yorn and Scarlett Johansson share the video clip for their latest single from ​Apart​, the noir-pop EP they released back in June. "Iguana Bird," one of the set's catchiest and dreamiest offerings, finds Johansson and Yorn playing the role of former lovers who try to move on past a breakup with everyday activities but still think of each other.

For helming the visual clip, the duo tapped Bonnie Wright, a young, mega-talented writer, producer, director, and actress—perhaps best known for her role as Ginny Weasley throughout the blockbuster Harry Potter film franchise—to bring the song's evocative sensibilities to life. Through the art of emotive dance, no less.

"Pete Yorn and Scarlett Johansson's new single 'Iguana Bird' evoked for me that new loneliness you feel in the wake of a break up, having spent every moment with someone you now have to create new memories that feel forced and out of touch with what you know," Wright tells PAPER about the track. "I was inspired by the dance scene in Jean Luc-Godard's film Bande à Part, most particularly Anna Karina's character, and the vulnerable beauty often explored in French cinema during the '60s. I have been an admirer of Los Angeles-based choreographer and dancer Nicola Collie for a while and it was such a joy to direct her in this enclosed world we created for the music video."

"I have been a fan of Bonnie's work and she came to us with a visual concept that really captured the emotion behind the song in an original way," Yorn tells us of working with Wright.

Don't miss the inspired PAPER premiere for "Iguana Bird" below, and read on for a brief Q&A with Wright, who shares more about her point of view from the driver's seat of her career.

How did you come into the possibility of directing this video? Did you consult with Pete and Scarlett? How involved were they in your process?

I was commissioned by their label Capitol Records to pitch on the video via my executive producer Alli Maxwell. Once I submitted my concept I connected with Pete to talk further about the creative and the direction I had in mind. The Bande à Part dance scene that I referenced in my treatment was something we both really loved and it was Anna Karina's character that inspired Nicola's character in the video.

How did you settle on the concept/setting for the video? Was it based at all on the lyrics?

The line in the song, "do you like how you're living your life without me" reminded me of that feeling when you're fresh out of a break up and you force yourself out of the house into meaningless social activities as a way to numb the heartache. You can often feel like an outsider as your mind wonders to where they could be. The setting of the bar heightened her vulnerability, as she drifts through attempting to find distraction.

How did it end up that Pete and Scarlett weren't in the clip? When did you realize this could become a dance video as a result?

They wanted the video to be more of a short film and consciously were not going to be in the clip. This gave me free reign creatively to dream up a character and I was attracted to dance because it is such a beautiful way to see someone process feelings. I am often drawn to very cathartic storylines and this was the first time I have utilized dance as a method to tell that kind of story.

How did you come across the principal female dancer, Nicola Collie? What was it like directing those scenes?

Like a lot of things these days I discovered Nicola Collie on Instagram, a clothing label I love for their creative direction called Paloma Wool had posted a video of her dancing and I fell in love with her movement. It was such a joy to direct Nicola, she is so intuitive and her improvisational style led to such a free form of filmmaking. You often don't get much time to rehearse but as this was our first project together we made sure we did and that time became invaluable for the character we were creating and personally for us both to get to know one another.

You formed your own production company? How important was it for you to take this step after being part of such a hugely successful franchise like Harry Potter? What has being able to write, direct, and produce your own work meant for your career?

I formed my production company in the last year of film school, it was actually an assignment to build a website as part of our degree and by that point bonniewright.com was taken so I saw is at as an opportunity to dream up a name. Bon is my nickname and Lumière is light in French and film captures light so my company was named BonBonLumière. Being able to produce my own work has given me the freedom to express and process my ideas and feelings. I love directing because I get to part of every element of filmmaking and I have been fortunate to collaborate with such a wide variety of my contemporaries from London to Los Angeles.