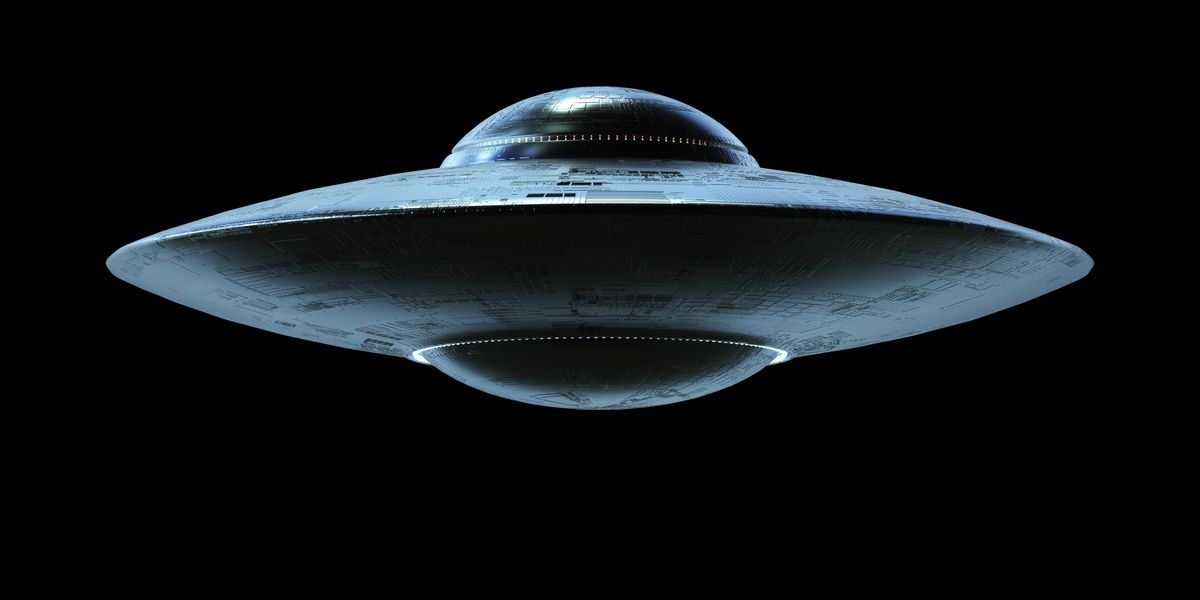 At this point, aliens are sending a pretty clear signal they're ready to explore the Earth. After the US Government declassified a bunch of UFO incidents in 2020, not to mention the numerous celebrity close encounters, the Pentagon recently confirmed that newly leaked photos and videos of a UFO were filmed by personnel in the US Navy dating even farther back to 2019.

Published by Mystery Wire and Extraordinary Beliefs earlier this month, the creepy footage shows a tribute-shaped object blinking as it zooms through the sky. It's a little unsettling to look at — especially since we have a strong hunch that what we're looking at is something otherworldly. Other captured photos showed something shaped like a sphere, and something else shaped like an acorn.

Speaking to CNN, Pentagon spokeswoman Sue Gough revealed that it wouldn't be discussing the revealed images and videos at length.

"As we have said before, to maintain operations security and to avoid disclosing information that may be useful to potential adversaries, DOD does not discuss publicly the details of either the observations or the examinations of reported incursions into our training ranges or designated airspace, including those initially designated as UAP (Unidentified Aerial Phenomena)," she said.

Gough also also revealed that the Unidentified Aerial Phenomena Task Force, which was created last August to investigate the military's UFO sightings, has "included these incidents in their ongoing examinations."

Whatever is here seems to have been on this planet awhile. Last year, the Pentagon shared three videos that showcased "unidentified aerial phenomena."

At the time, Gough said in a statement, on behalf of the Pentagon, that "after a thorough review, the department has determined that the authorized release of these unclassified videos does not reveal any sensitive capabilities or systems and does not impinge on any subsequent investigations of military air space incursions by unidentified aerial phenomena.