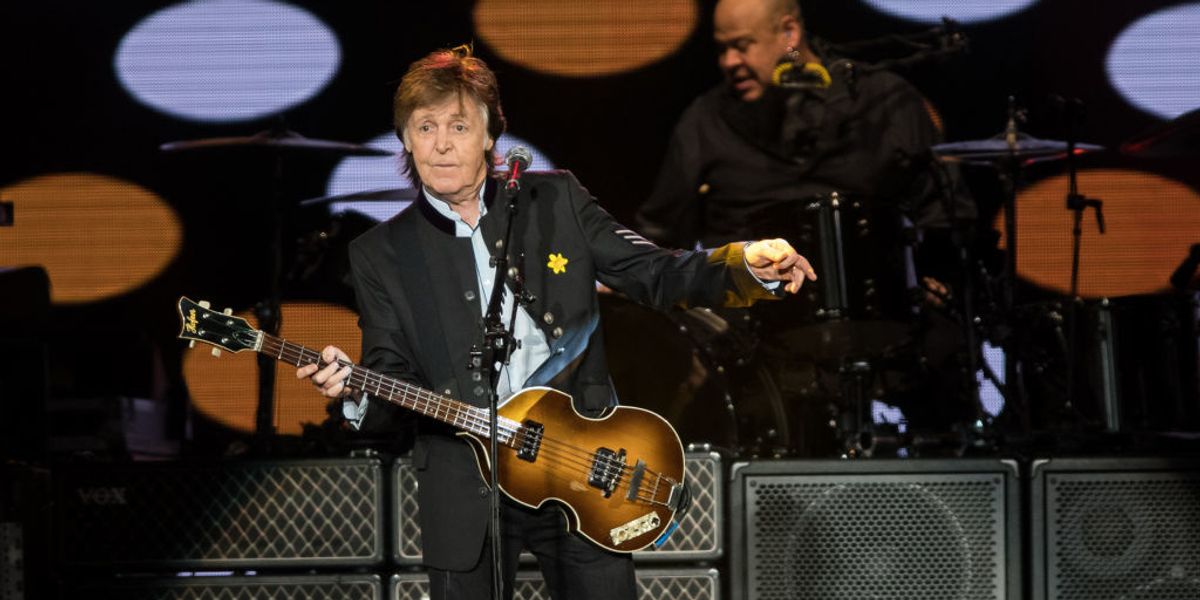 All commuters at Grand Central Terminal on Friday night were treated to a surprise Paul McCartney concert. The legendary English crooner reportedly took over "a corner of the majestic transport hub for a concert." It was a full 24-song long set, including his and The Beatles hits over 50 years, including "Let It Be," "Hard Day's Night," and "Lady Madonna."

Sadly, while people could hear Sir Paul McCartney, very few could actually see him. According to The Guardian, among those who actually saw Paul behind a black curtain were Jon Bon Jovi, Meryl Streep, Amy Schumer, Kate Moss and Steve Buscemi.

The whole thing was a stunt to promote his new album, Egypt Station. The Guardian also reports, "McCartney said he wondered "What's the coolest station we could think of?" and settled on Grand Central." He and his band played under one of the station's grand chandeliers, "in front of a giant clock" by the 42nd Street entrance. And, as expected, fans swarmed McCartney as he walked through the terminal.

Egypt Station dropped on Friday, and is now available to stream on Spotify.