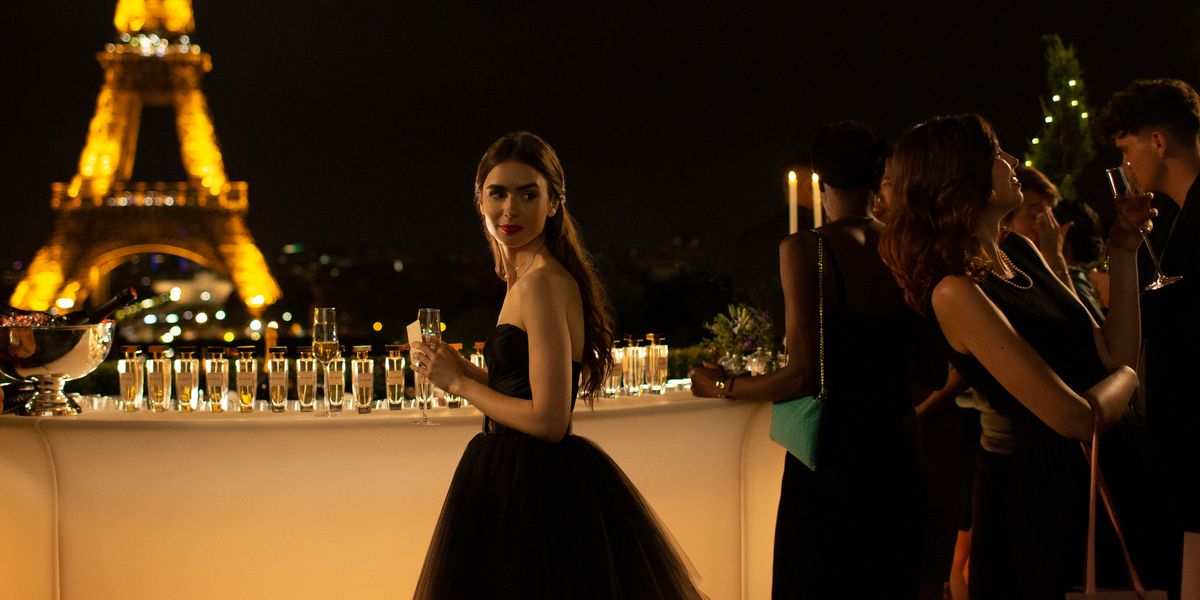 Patricia Field on French Style and 'Emily in Paris' Costumes

No one's impacted the world of costume design like Patricia Field. As the creator of Carrie Bradshaw (and co.)'s looks on Sex and the City — not to mention iconic fashion films like Ugly Betty, The Devil Wears Prada and Confessions of A Shopaholic — Field's legacy has left a permanent mark on the film industry. Her TV trajectory continues with the Lily Collins-led rom-com Emily in Paris, which dropped today on Netflix.

A longtime collaborator of Darren Star since her SATC days, Field cites the producer as her motivation for joining Emily in Paris. "I love him. I call him my fairy godfather," she tells PAPER by phone. "He calls me first for everything, and that's the main reason."

However, Field was also drawn to the show's quintessentially French aesthetics. "On Sex and the City, Carrie went to Paris. And I've always had this — I don't know, I guess, fantasy about Paris," says the designer, who worked with Marylin Fitoussi to curate the cast's wardrobes. "Like, an American in Paris, because I'm from the time of Audrey Hepburn, Leslie Caron, and I just love the idea of Paris chic."

Fans of the hit HBO series will cite Field's quirky approach to style was one of the hallmarks of the show. So it was only fitting that she pay homage to Carrie Bradshaw's Parisian wardrobe from the end of the series. "In the beginning, she goes to this company party — one of the clients has this party — and she's wearing a David Dalrymple tulle skirt, and that's the first time we see her more glam," she says. "This is when she starts this transition into part-French, part-American."

And though Sex and the City and The Devil Wears Prada feature iconic scenes set in the City of Lights, Field has never worked on a project filmed entirely in Paris — until now. "For me, it's really different because I was able to get my head into the whole French idea," she says, citing her French crew's help with understanding Parisian culture.

Field is known for crafting extravagant wardrobes for the women she dresses, regardless of their economic status. Carrie Bradshaw's penchant for buying Fendi Baguettes on a columnist's budget, or the debt-laden Rebecca Bloomwood's love of Henri Bendel, are prime examples. Contrastingly, Emily's high-level marketing job would realistically warrant a designer wardrobe. However, Field doesn't see that as a factor for costumes, sourced from numerous vintage boutiques, as well as luxury sites Farfetch and Luisa via Roma.

"My goal is to make them look as good as I can, and just to be happy," she explains. "I really don't say, 'Oh, Carrie Bradshaw couldn't afford this Manolo Blahnik,' or — 'I can't go there.' I just — I design out of optimism, and that's why I like romantic comedies. To me, my job is to create the most interesting, original and beautiful wardrobe for my actors."

Emily's style is noticeably more polished as she progresses from her Chicago roots to working in France. Though Field's costumes show Emily's style evolution, the character's bold spirit is seen through pieces by Christian Louboutin, Martin Margiela, Alice + Olivia and Chanel. "She was still an American girl," Field says. "She wasn't French chic all the way, even though she has influences, so, I felt that she was the young optimist, and came from Chicago, and wore colors, and she stood alone in that philosophy of wardrobe."

On the other end, minimalist pieces by Rick Owens or Yohji Yamamoto were essential for costuming Emily's intimidating boss, Sylvie (Philippine Leroy-Beaulieu). "It's a more mature [look], and the colors are more French, a little more somber, whether it's olive greens, or blacks, or the deeper colors. And she had a great body, and she could handle all those tight knits beautifully," says Field.

As a costume pro, Field wasn't deterred by using pieces that needed adjustments — like an oversized Dope Tavio patchwork dress worn by the petite Collins. "But I had it cut down to fit her. It really was done well. And I teamed it up with a Vivienne Westwood white boot that has big, deep scallop finishes. It picked up the white in the patchwork dress," Field says of the piece from her ARTFashion Gallery boutique, which she also belted and paired with a Chanel jacket. "But we basically re-cut the whole dress to fit her, it was huge."

Though her work for Emily in Paris yields many fashion-forward outfits, the costume designer has favorites from Emily's wardrobe — particularly one of Collins' biggest comparisons. "Well, when she went to the opera — to the ballet — I did an homage to Audrey Hepburn," she says, "because she looks like Audrey Hepburn. You look at her, you go, 'Audrey Hepburn.' And so, I used a beautiful black tulle dress by Christian Siriano."

Just like Carrie Bradshaw or Andrea Sachs, Emily Cooper is sure to delight audiences accustomed to Field's eclectic and playful sense of image-making and character style development, which you can view in the show's first 10 episodes on Netflix. Until a potential second one comes, we'll always have Emily in Paris.