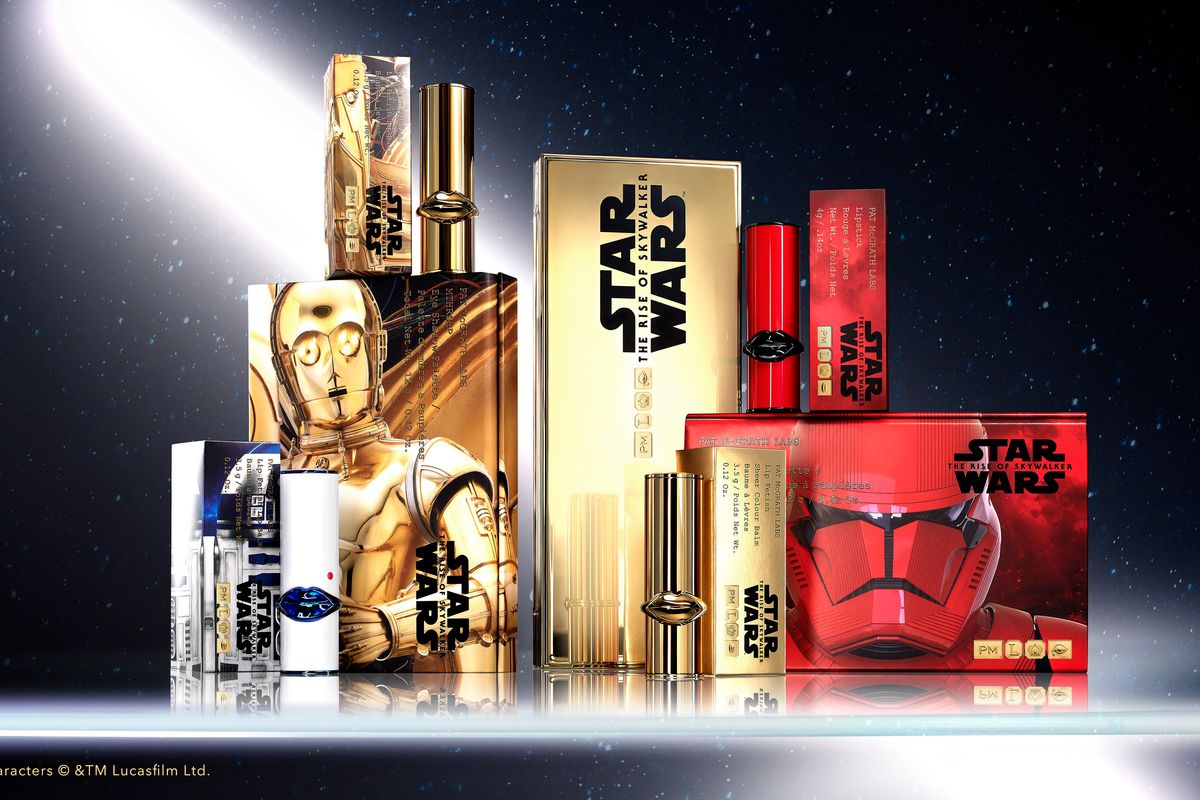 In the wake of Baby Yoda's immediate rise to stardom, Pat McGrath has proven to be among the Star Wars stans. To celebrate the release of the latest film in the franchise, The Rise of Skywalker, the legendary makeup artist has dropped a special collection.

McGrath's Star Wars: The Rise of Skywalker Collection features four new lip colors and three new palettes. Inspired by the "Star Wars galaxy," the two six-pan palettes include the Dark Galaxy palette and the Galactic Gold palette, each of which is priced at $65.The dramatic lip colors, on the other hand, include the Lip Fetish Lip Balm in Flesh 3, Clear Nude, and Gold Astral, each priced at $40.

What started with a limited edition collection for CoverGirl inspired by characters such as C-3PO and Stormtroopers, this marks the fourth year in Mcgrath's on-going partnership with the mega franchise.

"The Star Wars characters have become integrated into our culture in such a major way that it's hard to imagine a world without them!," McGrath said. "Anyone who follows me on social Media knows I am obsessed with Star Wars. From the rebellious beauty of Princess Leia to the gilded glamour of C-3PO."

The Rise of Skywalker Collection will be available to shop first at Sefridges in the UK on December 13, followed by an international drop on December 26th via patmcgrath.com.