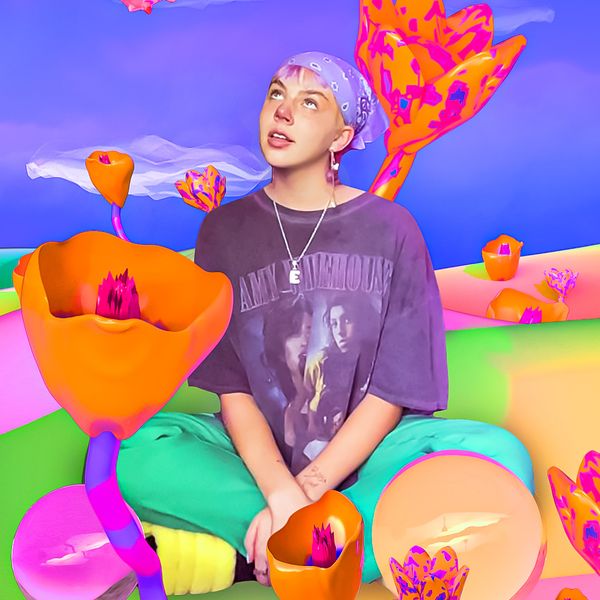 Emmy Hartman AKA @emmwee has an unrivaled sense of comic timing, the strongest brows in the game and a whole lot of energy. A fan once made a change.org petition demanding that she and collaborator Ben "go to bed" because they seem like they don't get enough sleep. Follow the 21-year-old Cleveland native on TikTok and YouTube for hilarious straight-faced riffs, absolutely zero dance challenges and occasional 1D stan content.

Introducing our class of 2020 PAPER People exclusively on TikTok💕 the way @emmwee captured my exact mood...

On a world tour! Playing my music for people all around the world. Seeing so many different places.

New Girl for sure. It's my comfort show.

Yesterday. I cry a lot, but crying is healthy!

What's your next move if TikTok is banned

Music! Even if TikTok isn't banned that's the next move.

With my friends. Listening to Harry Styles.

What does your (UberEats, Seamless, GrubHub etc) order history look like?

"To Be So Lonely" by Harry Styles.