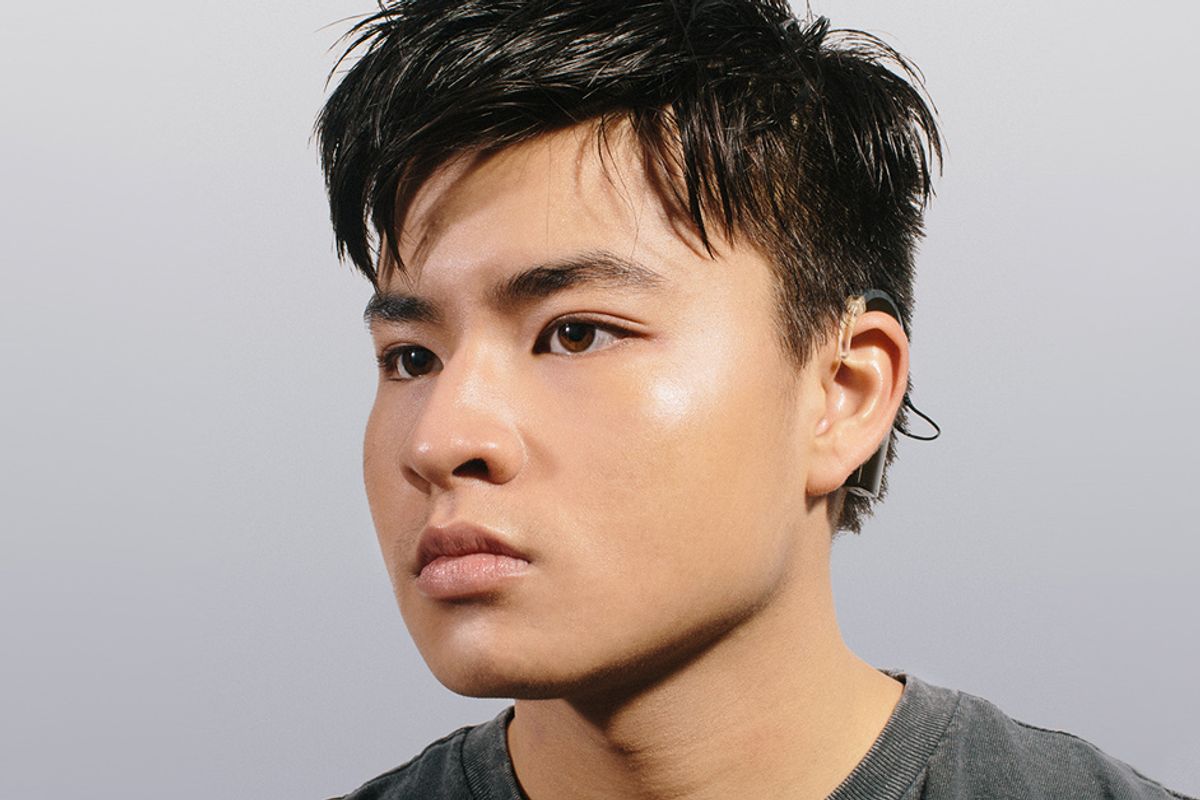 Chella Man: Most Likely to Melt Our Hearts

Chella Man is a frequent documenter. This past year, the 19-year-old artist wrote about his gender dysphoria ("I realized it would be impossible for me to be a femme-presenting individual"), released dozens of videos on his YouTube channel that include updates about taking testosterone, and has streamlined his personal and art Instagram posts to a combined audience of more than 25,000 followers. These activities are on top of a class schedule at The New School in Manhattan, where he's focusing on Virtual Reality Programming and Game Design at Parsons School of Design and Economics at Eugene Lang College.

Man is seemingly interested in process, frequently sharing the progression of his art pieces, relationships, and body. After interviewing him, I felt encouraged to think about documenting my own transition more boldly. The attention that the artist, who makes work about his experiences as a deaf, Chinese, Jewish, and trans person, pays to his audience evinces a wellspring of care. He reminds me that listening to young people is not a platitude, but a practice.

How would you characterize what you do?

I definitely am an artist. My medium is everything. I paint, draw, create short films, program simulations.

You make videos that are resources, including "Being in A Relationship With Someone Transitioning," explaining terms like dysphoria to viewers. Do you consider this work to be creative or educational?

I view a video like that to be mostly educational. I don't believe it requires a lot of creativity, as it is simply having a genuine conversation in front of a camera. However, creativity does play a role in how you articulate the points you are making.

You've also spoken about being deaf, and your videos use closed captioning. What are some other accommodations that are built into your practice?

Each time I have an idea, my first thought is: "How can I make this accessible to all?" Starting off with this question ensures the accessibility of the project.

You recently wrote, "Before I even hit 10 years old, I had considered the loss of my cisgender privilege." What were some ways the interiority of transness manifested in your creativity at that age?

Looking back, I never drew subjects with a visible, stereotypical gender. Even at 10 years old, the characters are all consistently androgynous. I drew subjects out of the binary to express my personal gender confusion, because I was not able to verbally articulate this yet.

How are your studies going at The New School?

It is absolutely amazing. I am thankful for the opportunity to even attend. Virtual Reality Programming and Game Design is definitely expanding my view of mediums as an artist, and I do believe technology has the ability to push the boundaries of art further than they have ever reached before.

What advice do you have for other students balancing classwork with outside work?

If I had not pushed myself both academically and artistically in high school, I would not have been able to skip senior year and come to college early. All those times you ask yourself, "Is this worth it?" Believe me, it is. Remind yourself this, and keep dreaming big. This will guide you through those rough times.

Which projects have you found yourself reflecting on most from 2017?

Moments of Mom, a short film I created based off of a letter my mom wrote me after I told her I wanted to transition on testosterone. It is extremely close to my heart. I believe the film could help parents understand how to connect with their children better if they are struggling to find their gender identity. Some of the viewers have even told me they used the film to come out to their family with their gender.

What excites you most about the new year?