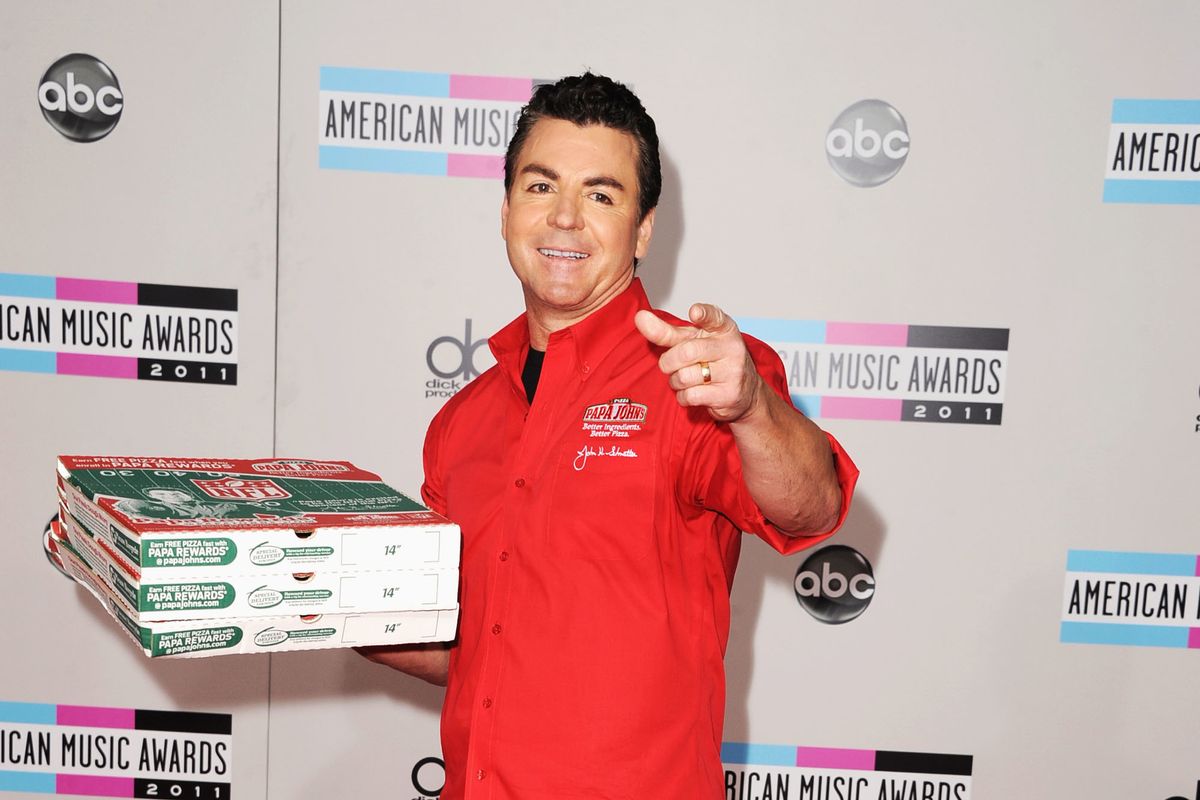 Former Papa John's CEO and founder John Schnatter is back in the news for the first time since he was forced to resign from his namesake pizza franchise and it seems like he's not taking things well. In his first interview since word got out that he used the N-word in a company conference call, Schnatter is now alleging that his ousting was part of a conspiracy from within the company. And somehow, that isn't even the wildest part.

For starters, Schnatter has asserted that since his departure the quality of Papa John's product has sharply declined and that he can tell because he has eaten "40 pizzas in the past 30 days." (A claim seemingly backed up by the Exxon Valdez levels of oil coating Schatter's face.)

Blowing past the heartburn-inducing statement, Schnatter goes on to list everyone he believes to be involved in his removal by name, suggesting that a couple of them even face jail time. Schnatter goes on to ominously warn his enemies that a "day of reckoning will come" and that "the record will be set straight." When further pressed about what he could possibly mean by that, Schnatter, in a performance to rival that of Joaquin Phoenix in The Joker, would only cryptically say "stay tuned."

Suffice to say, the internet had a field day:

papa john is clearly on what we call the “elvis life trajectory” where you rule the world for a decade or two then… https://t.co/boOc32gvsu
— pants archivist (@pants archivist)1574741644.0

when i see something like this in the news i always assume that the U.S. just committed a particularly unspeakable… https://t.co/Btk6LcGw2h
— Told Slant (@Told Slant)1574788090.0