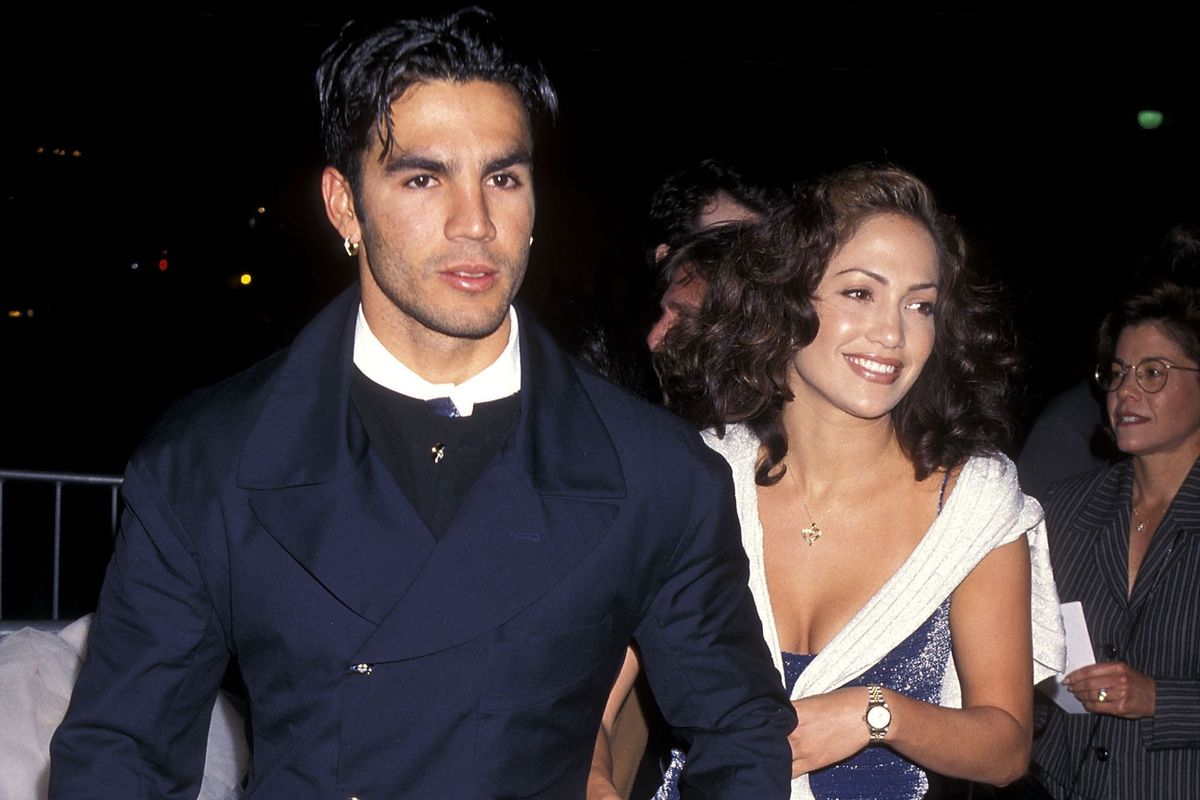 Love cost quite a thing for Jennifer Lopez when she married Ojani Noa — and for many years following their January 1998 divorce after only 11 months of marriage. Noa was a waiter at a Cuban restaurant in Miami Beach when Lopez first met him. But he had aspirations to be the next Ricky Martin. "I am just like Ricky when I sing," he said in all earnestness, post-divorce. "I want to be famous and respected for what I do, just like Jen."

The way he sought that fame, however, is a much slimier story. Noa's first release wouldn't be a single. It would be the attempted release of a sex tape. "There is revealing video of [Lopez] with a lack of clothing and in sexual situations, especially in the hotel footage from the honeymoon," Noa's business partner, Ed Meyer, told In Touch when it was being cruelly shopped around. "The videos contain salacious material and are going to shock her fans."

The trouble didn't start until years after their amicable break-up, however. Lopez moved on, marrying dancer Cris Judd in 2001. She opened a Cuban restaurant in LA, called Madre's, in April 2002. "It's a family restaurant with a little bit of sexiness to it," she sexily explained. Against her better judgment, she hired Noa to manage the place for $1,000 a week. After all, he did have restaurant experience. She fired him six months later. He was furious and sued for breach of contract, citing that he was let go without "good cause or reason."

Because he was unceremoniously dropped by the "If You Had My Love" singer, Noa went on a revenge crusade. He couldn't keep his mouth shut about the 11 months they spent hitched, telling anyone who would listen: "We did as much as humans can possibly do — and that's a lot," Noa revealed to tabloid magazine Closer in 2003, adding that J. Lo was "obsessive" about having sex in unusual places. "Jen's totally uninhibited and she wanted it any time, anywhere and her way."

For a gruelling six years beginning in 2003, Jenny from the Block Blocked Noa and Meyer's efforts in court and eventually won the case, barring him from releasing their private home videos; or a movie titled How I Married Jennifer Lopez: The JLO and Ojani Noa Story; or a tell-all book. The man has tried it all — and failed. The master tape "sits in a central depository per court order," according to In Touch. Noa sits in a glass case of emotion.