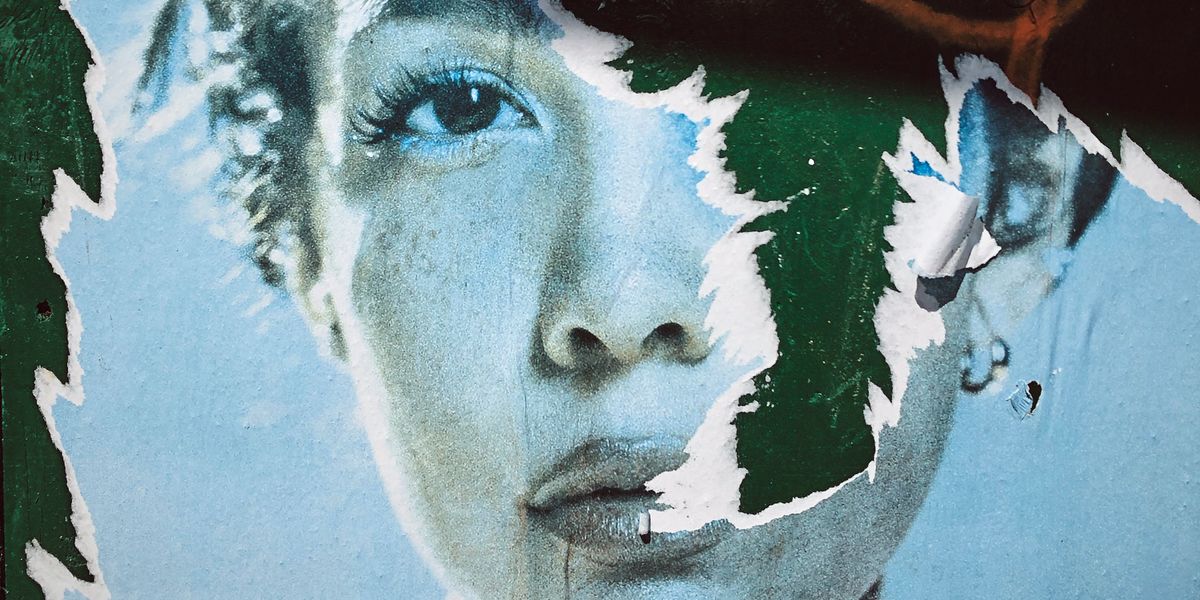 All the Wheatpaste Posters in NYC Are Fading

In March, NYC did the unthinkable: it began to rest. Whizzing car horns, commuter chatter and constant unintelligible noise came to an abrupt end.

Brooklyn-based photographer Andrew Boyle found evidence of this when looking at wheatpaste posters and diminishing advertisements — all signs of the bustling city that once was. As part of his seventh project made in quarantine, Boyle photographed the outside world, and what a strange one it is.

The city's new reality prompted Boyle to document his rapidly changing home. He grabbed his camera and saw an opportunity to showcase these relics of the past, and the fact that no one was updating them. All the old posters — event flyers, album promos, fashion campaigns — were beginning to reflect our collective social isolation.

Boyle says he recognizes that projects documenting wheatpaste posters have been done before, but his speaks specifically to a sign of our particularly uncertain time. "It was something about the fading colors, the faces and visual odes to entertainment or style eroding away while we were all sheltering inside," he says.

In early April, Boyle began noticing posters on the fencing of construction sites in his neighborhood. Where Greenpoint meets Williamsburg at the Brooklyn Queens Expressway overpass, they were beginning to wear away. "Dates on posters for canceled shows around the city were starting to pass unfulfilled," Boyle says. "What was most evident was that they weren't being replaced as live music and fashion industries had ground to halt."

What used to reflect modernity, changing times and the city's constant movement now represented its new norm, as coronavirus and social fear spread across the five boroughs and entire state. Boyle says he most enjoyed documenting unlikely dualities between posters and what was revealed underneath ripping paper and dwindling words.

"Parts of posters were beginning to deteriorate, revealing visual details from past campaigns underneath," Boyle says, as he would often find "stylized typography" from one advertisement mixed with something else beneath. "There were pieces of people's faces out of the advertising context they served, stripped back. It all felt really forlorn."

He was especially drawn to ones where "just the eyes" appeared from torn paper, surrounded by painted green wood. "The green wood has been synonymous with change in NYC because it means another old building is coming down," Boyle says. Now, he finds that the combination of this texture and the "flaking poster elements" show the "halt of that change."

Boyle traveled around his borough on bike and also made trips into Manhattan, finding images in Chinatown and the Lower East Side. Shuttered storefronts and empty streets became his new subjects, along with these unlikely collages. It was a major shift in work for an artist who says that most of his creations are centered on people: Editorial portraits, live music or fashion week shots.

With this project, Boyle still found ways to incorporate methods he was used to, such as shooting posters as "portraits." This creates a more intimate, raw and personal experience for viewers. "I'm essentially recontextualizing the talent of others into a narrative," Boyle says. "It's easy to shoot torn paper on the side of a building, but I tried to approach the series like they were portraits. I'd pull back and look at each area, but then hone in on a detail — a face (or lack of) — and work out how elements would relate to one another. It was melancholy as a whole, as the imagery on each poster was all pre-pandemic."

Doing this made Boyle think about the summer he was anticipating along with all New Yorkers. "Everything was on the trajectory for another New York summer," Boyle says, describing experiences many associate with NYC. "[We were all planning to] get out and party, dance, drink, fall in love and reacquaint with old friends, but this all ground to a massive halt in the name of public health. Now we are all inside and forced into reflection."

As for a message people can take away from Boyle's project, he hopes viewers will be more aware of their current state, and how they might be able to safely quarantine while others have financial hardships and stress of their own. Ultimately, Boyle believes our time inside could lead to greater change.

"What we have been doing up until now isn't working," Boyle says, "be it over consumption, tying healthcare to employment, distribution of wealth and resources. [We have to be] questioning [everything from] why any American can go broke after missing one paycheck to the people we put in charge."

Boyle continues, "Something had to give at some point, and even after vaccines and new treatments, things are going to have to change."