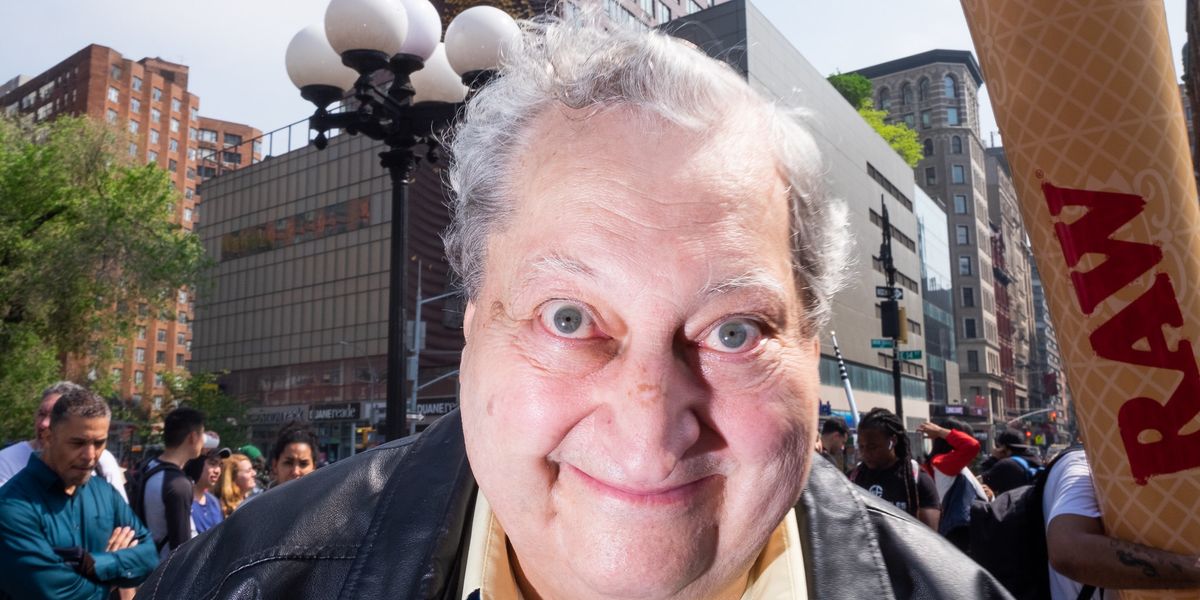 77.4 metric tonnes of weed is smoked every year in NYC — that's nearly 200,000 pounds of the devil's lettuce that is getting made into a salad every year. The consequences of using marijuana have long been racialized, stigmatized and criminalized and in many areas of the U.S., they still are with disastrous outcomes. However, states like Colorado, California, Washington, and others have shown that once legalized and regulated, weed can generate millions of dollars of year in taxes. With cannabis more accessible and normalized as ever, why wouldn't there be a parade to celebrate it?

The NYC Cannabis Parade was rumored to have been started by Allen Ginsberg in the 1960s, and its popularity increased quickly, with acts like Grateful Dead, Jimi Hendrix and many more performing at it throughout the 1970s. The parade this year was slated for May 4, and the day started with a march from Herald Square to Union Square down Broadway, followed by an afternoon of music and speeches. As the rain began to pick up, attendance started to dwindle but spirits were still high, figuratively and literally. As the sun began to peak out over Union Square, those spirits got even higher.

Related | Inside the Westminster Dog Show

However, given the rapidly growing impetus of weed these days (with cultural moments like the hit HBO show High Maintenance, Vogue articles and new fitness crazes adding to the blaze), where were the troves of CBD drinking yoga moms? The toking finance bros? It seemed strange that the users who make up so much of the weed consumers were nowhere to be seen; they couldn't all be at brunch? Given the thousands of people that smoke in the 5 boroughs, the turnout of around 500 seemed a little underwhelming.

A massive cloud of smoke appeared over the crowd as the High and Mighty Brass Band took the stage. Attendees were as diverse as strains of weed that were there: old hippies, crust punks and industry folk all mingled, but mainly people were just excited to smoke weed in front of the cops and not have to worry about retribution.

Throughout the day, educators took to the stage to plug the upcoming Cannabis World Congress & Business Exposition, calling for legalization, celebrating weed and attempting to rouse the crowd, who replied with half-baked cheers. As Clip Payne's 420 Funk Band closed out the proceedings, I looked around to find that everyone was red-eyed, smiling, and perfectly happy, but not quite the atmosphere expected from a day of protest and rallying.

It seemed as though most people had simply gotten too high.