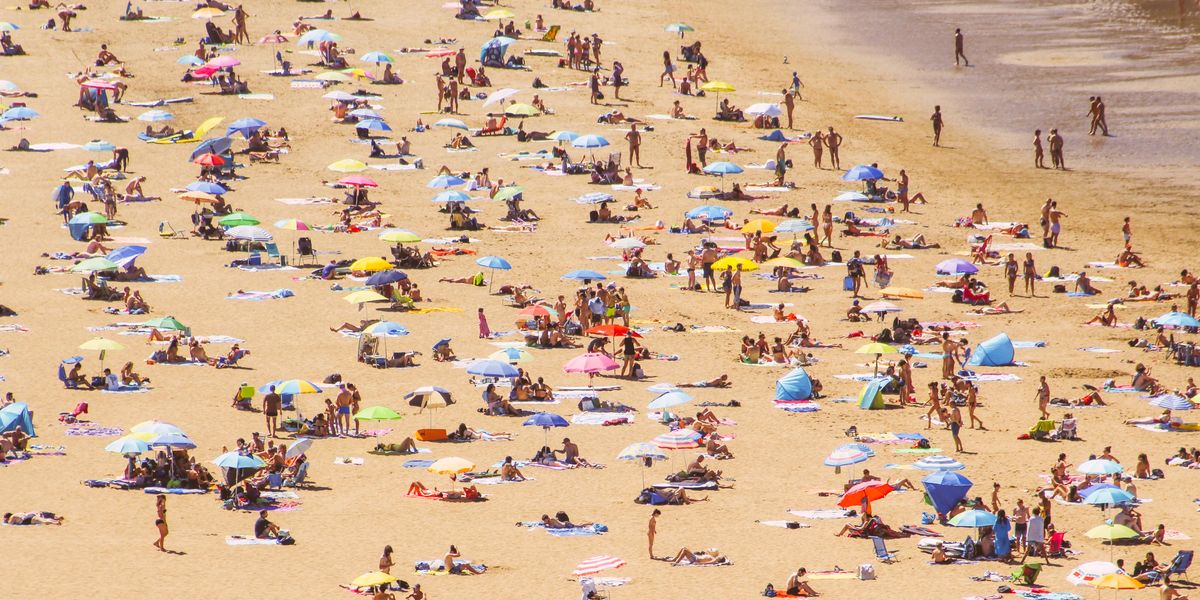 Admit it: Post vax, you're gonna want to get as naked as possible this summer. Except... where do you even do that, legally? Thanks to a new map that shows you where it's legal to sunbathe topless or naked around the globe, it's now way easier to make some nudist plans.

Thanks to UK swimwear brand Pour Moi, this map is categorizes countries into four colors: Green, orange, red and gray. Where it's green, you can sunbathe nude; in orange areas, rules are unclear; in red zones, it's illegal to do so and some countries have strict punishments; and in gray, there wasn't enough available info to make a decision for the report.

Pour Moi's research shows that 10.7 million searches were made around the world in the last 12 months for "nude beaches," "nude resorts" and "sunbathe nude." Underneath their map, Pour Moi also lists a continental breakdown of everything.

In the United States, there are 32 states where you shouldn't have any legal worries about being nude at the beach. For more info, Pour Moi offers another guide on their website that you can check out for USA's entire breakdown.

Europe is perhaps the continent with the most accepting policies for nudity, while Austria, Bulgaria, Croatia, Denmark and Germany are all marked as places where nude beaches can easily be found.

Related | Carlos Guevara Steps Into His Power on 'Pin Me Down'

"We know a lot of our customers like to ditch their swimsuit when they sunbathe, and with tentative steps being made towards international travel opening up, we wanted to help people find out where you can and can't go topless when you sunbathe," said Michael Thomson, the founder of Pour Moi, in a statement.

He continued, "We're a UK company and Britons are stereotyped as being quite prudish, but it's not true, a lot of us love to embrace more naturist ways in the sunshine!"