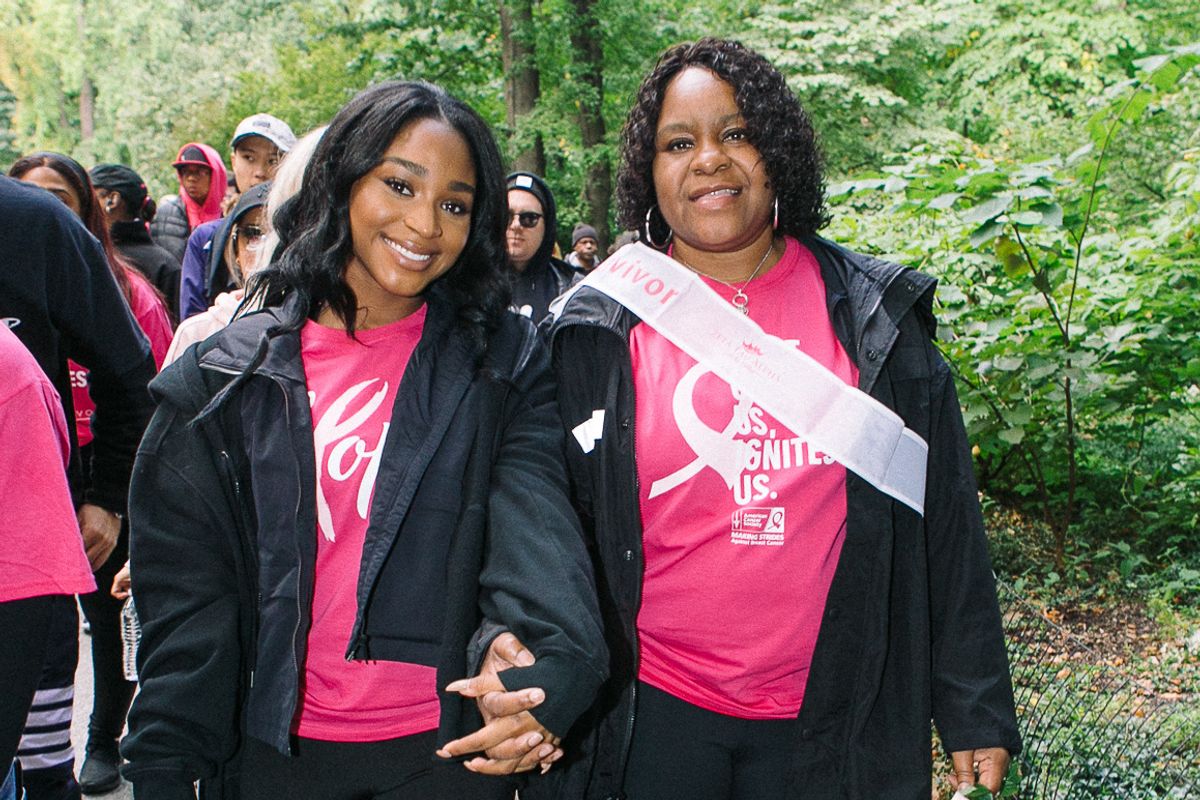 17 years after surviving her first battle with breast cancer, Normani's mother, Andrea Hamilton, has revealed that the disease has come back.

Related | Normani and Her Mom on Their Family's Experience With Cancer

Hamilton shared the news on Sunday via Instagram, posting a picture of her hand clutching a rosary with the caption, "I can do all things through Christ who strengthens me 🙏🏾 I did it once and I'll do it again! #CancerWho." Normani showed support for her mother, commenting "the strongest woman that I know! My warrior," on the post as well as sharing it to her Instagram Story.

Hamilton and Normani previously opened up about her mother's previous experience with breast cancer in the singer's 2018 PAPER Takeover cover. "At first I was really in denial and couldn't believe it was happening," Hamilton remembers. "All Normani knew was that mommy had gotten sick. When I started going through chemotherapy and radiation, my hair started falling out, so one day, my husband shaved my head. My mom had just picked Normani up from school and she came running through the house looking for us and found us in the bathroom. It frightened her; she didn't know what was going on."

Vividly recalling that moment, Normani added, "I came home from school and I didn't recognize my mom. At the time I was very young. It's hard for anyone to be able to comprehend that one of their loved ones is that ill and could possibly not be with them anymore, but being a five year old trying to understand that was even more difficult."

According to the American Cancer Society, there is about a 1 in 8 chance women in the US will develop breast cancer in their lifetime. Among various types of cancer, if detected early, breast cancer has an overall survival rate of 90% however this statistic does not include recurring forms of cancer which can widely vary depending a variety of factors.

The mother and daughter have previously teamed up with the American Cancer Society to advocate for the importantance of early detection and frequent screenings. "I didn't know much about breast cancer, and though I was always educated by my doctors to do my self breast exams and everything, I took it for granted," Hamilton says. "You can kind of turn a blind eye until it actually happens to you. I was about 33 years old and I wasn't doing my breast exams on a regular basis. I don't know what it was but something told me to check that day that I found the lump. I immediately went to the doctor. By doing my own self breast exam I caught it at an early stage."