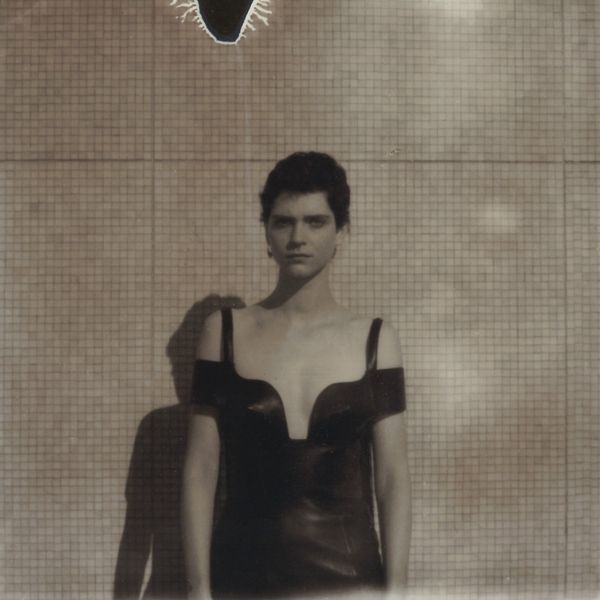 If you've ever seen any of Nicolas Lecourt Mansion's clothes, you wouldn't be surprised to find that the Paris-based designer believes in magic. Since launching his eponymous brand in 2018, the young designer has been working hard at his craft and translating varied influences into artfully constructed designs. While his own creative process is less mystified than one would expect, his references range from the ascended masters of architecture and design to the downright supernatural.

Growing up outside of Paris, Mansion only ever wanted to be a designer. "It's always been my goal," he says. After graduating from L'Atelier Chardon Savard in Paris and working for a few designers, it wasn't long before he decided to launch his own label. "Even though I love working with other people I really wanted to have my own aesthetic," Mansion says.

Drawing inspiration from the works of Salvador Dali and Frida Kahlo in the art world, the designer is inspired by the technical precision of Azzedine Alaïa and the silhouettes of Cristobal Balenciaga. All of this can be seen in the designer's fall 2019 collection, where he also pulled references from some lesser-known figures in the fashion world.

Aptly titled "Rule," the fall 2019 collection takes his extensive research on witchcraft and the phenomenon of women being persecuted for practicing magic throughout history. In the case of one of his most studied figures, Marie Laveau, the magic she practiced could be disputed by skeptics but contains evergreen symbolism. In essence, her stories appeal to Mansion because "witches and witchcraft represent the energy of feminine power."

When it comes to the legendary "Voodoo Queen of New Orleans," the designer looked to her as a radical feminist figure that continues to inspire. Known in the 1800s for her notable beauty, supreme power, and magical abilities, Laveau also represented a capacity to transcend the grips of male domination and have "real possession of her body."

The same goes for anyone who wants to wear Mansion's clothes. "I make clothes for flamboyant people," he says. Frustrated with the banality of most clothes on the market, the designer is setting out to challenge the status quo while evolving with the times and designing for a future that's exciting, artistic and non-binary.