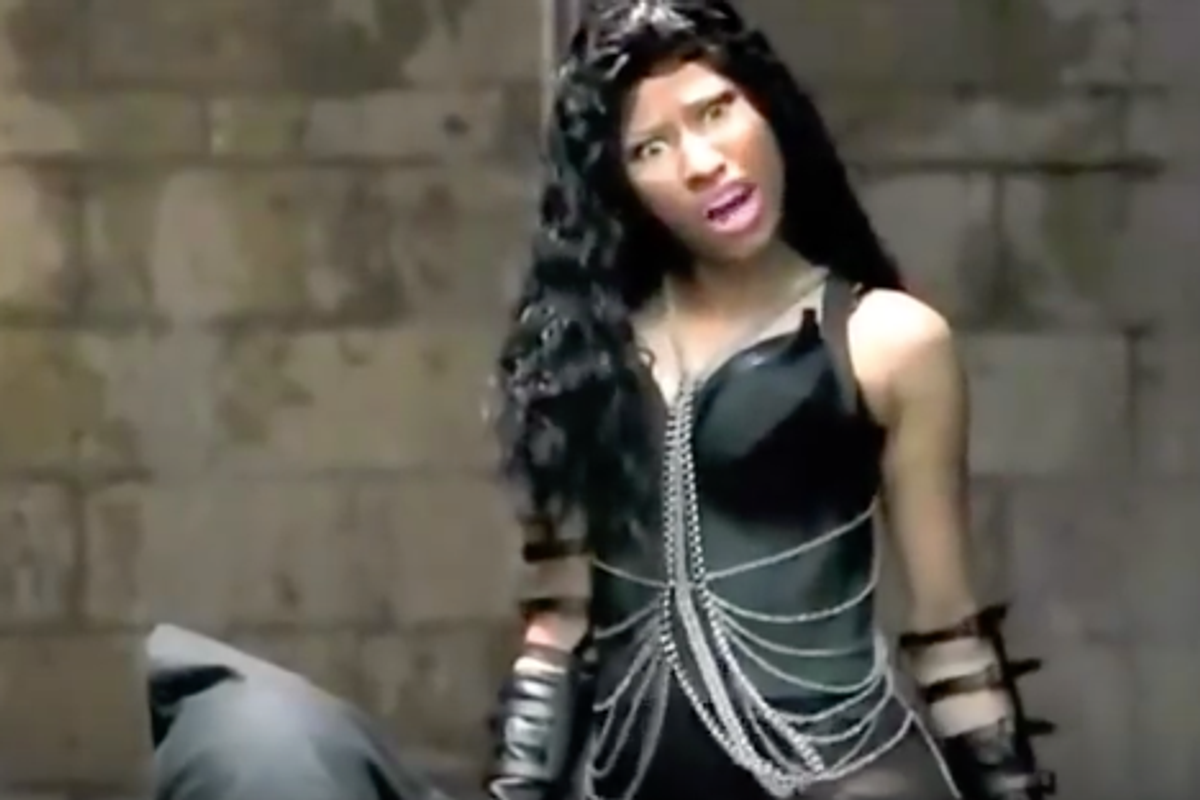 To mark the seven year anniversary of "Monster," the track off Kanye West's game-changing album My Beautiful Dark Twisted Fantasy that features Nicki Minaj's iconic verse about pink wigs and giving 'em whiplash, Minaj shared the story on Instagram of how Ye almost ditched the song.

"Kanye called me to tell me Jay put a verse on this song & that he was still deciding if he would put it on his album. Haha. It was like an hour long call where I tried to convince him to let the song stay on his album," Minaj wrote. "He felt this verse would end up being the talk of the album. I said: YOU'RE KANYE WEST!!!! 💞""

Minaj added that Amber Rose (who was West's girlfriend at the time), convinced him to get in the studio with her, and that he wanted even more of her growling on the verse ("I felt it was over kill.")


Another fun fact: Blac Chyna was Minaj's stunt double in the song's video, "due to her ASSets." In the end, Minaj thanked Kanye for being "the genius you are." We're thankful too, because a world without "Monster" is one we don't want to live in.