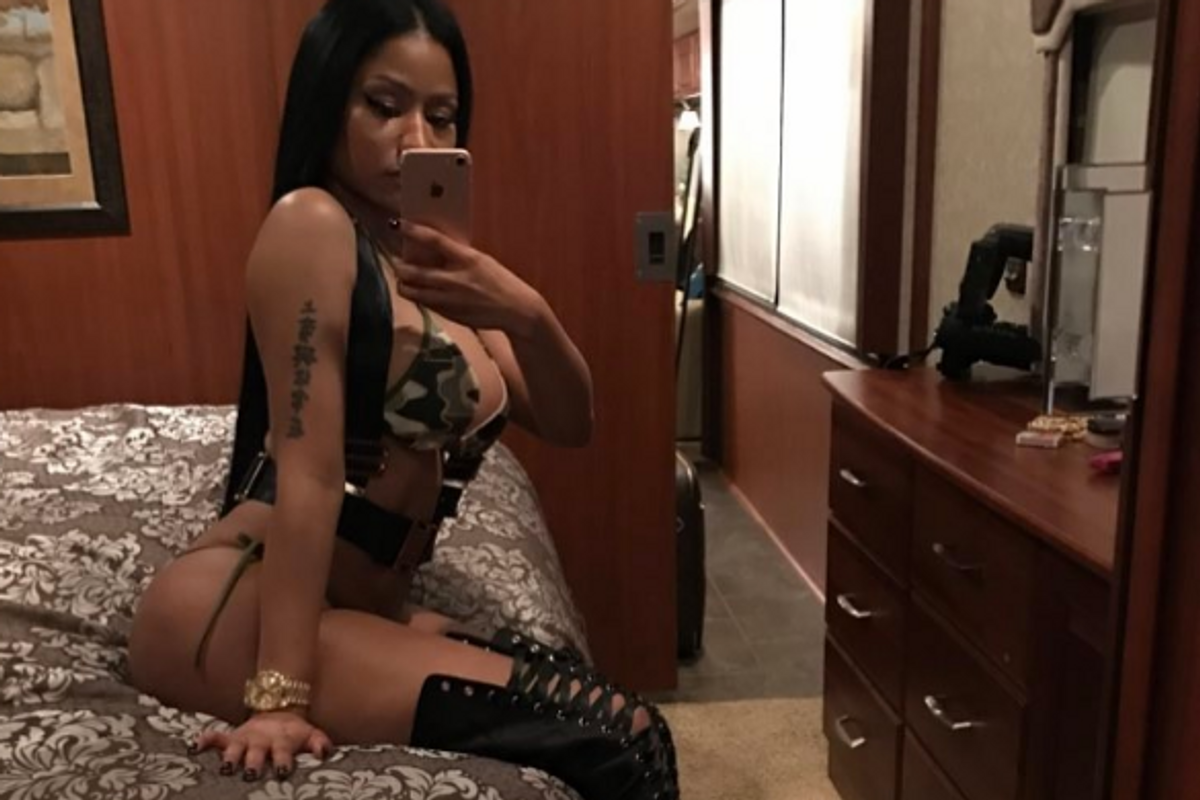 After a busy, boob-baring week in Paris, Nicki Minaj has finally clapped back at rapper Remy Ma who came after Nicki last week for not being as 'hard' as her lyrics imply.

Nicki's 'No Frauds' reunites the OG Young Money team with both Drake and Lil Wayne jumping on a track that not only bodies Remy, but is also an unquestionable banger in its own right.

Minaj took to Instagram to discuss why she waited a hot min before responding to Remy Ma and also issued the rapper a challenge.

"We don't do diss records, we drop HIT RECORDS & diss u ON them," Nicki wrote. "Queens don't move on peasant time. Queens shut down Paris, then drop hits on #QueenTime."

"Now I got a countdown of my own for Sheneneh," she continued, addressing Remy Ma directly. "U got 72 hours to drop a hit and I'll give u half a million dollars if u can book ANY show or interview w/o mentioning the Queen name."

Earlier this week Remy jumped on a Buzzfeed podcast and revealed she wasn't "particularly proud" of herself for ripping into Nicki, saying she would've preferred to work alongside the queen of rap.

"I do not condone or recommend the tearing down of another female," she said. "That's not what I do."

Nicki simultaneously released two new singles, 'Regret in Your Tears' featuring Li Wayne and 'Changed It' and just like that folks, she's back. Welcome home, queen.