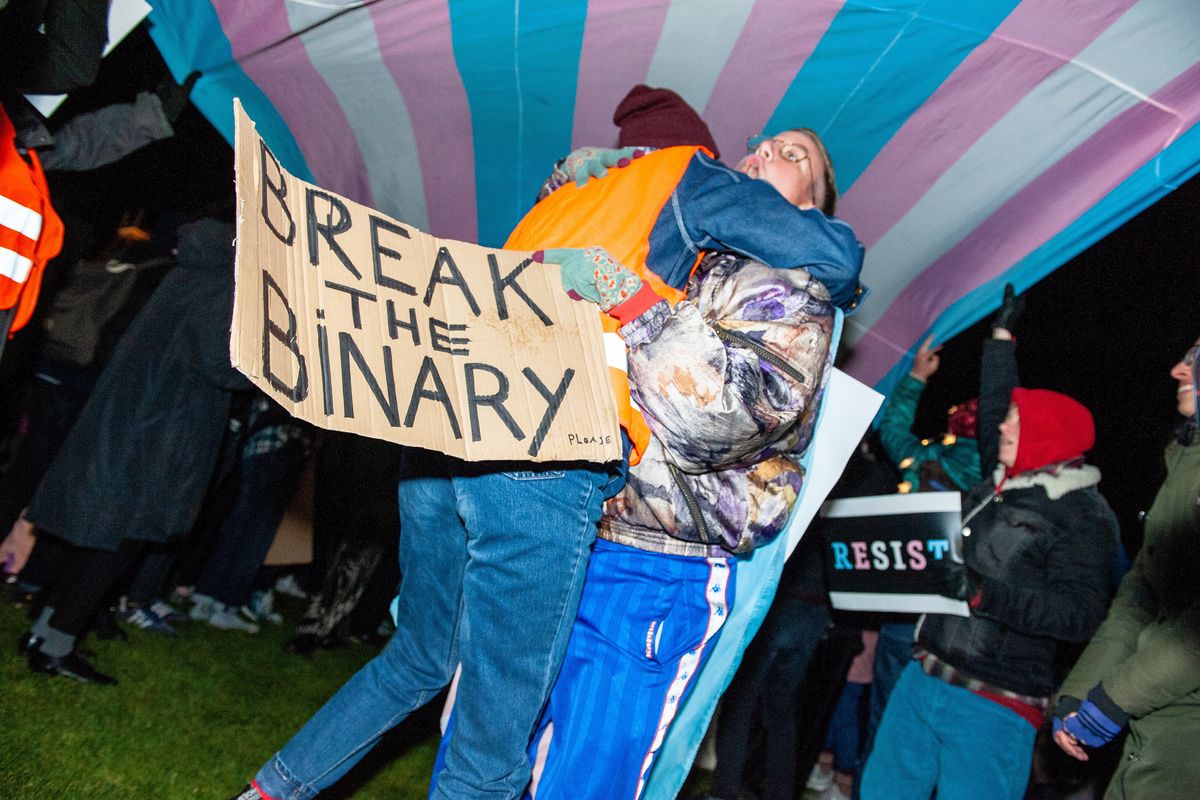 Starting January 1, 2019, New York City is officially the most recent place to embrace a choice for non-binary gender preference — the option of gender "X" — on birth certificates.

New York's latest law follows provisions made in California, Maine, Oregon, and Washington, D.C. so far, with plans for a similar measure to go into effect in New Jersey come February. The arrival of option "X" means both that New Yorkers can change their birth certificates to reflect gender identity, and that parents can choose "X" for their newborn babies. This change undoes previous law requiring New Yorkers to provide doctor-approved documentation to the government before changing their assigned-at-birth gender.

When the measure passed New York City Council last September in a 41-6 vote and was signed into the law the following month by Mayor Bill de Blasio, City Council Speaker Corey Johnson spoke about the importance of self-identification where gender is concerned.

"There are plenty of New Yorkers who don't identify as either male or female," he said. "Gender is a spectrum for many folks, and it's not a fixed thing. So for New Yorkers who are transgender, who are gender non-conforming, who are non-binary, to have an option to better self-identify on such an important document, their birth certificate, unlocks all sorts of things for them."

PAPER spoke to New Yorkers past and present on the importance of Gender X, and why it is a major step forward for non-binary visibility, even though, as one New Yorker, producer Christopher Peregrin put it: "Can we imagine a world in which we simply don't have this box?"

It is worth mentioning that government issued identification could be seen as restrictive to how people live, as discrimination of many forms can still occur against those outside the socially constructed gender binary. But on another hand, Gender X flies defiantly in the face of an administration currently seeking means to do away with all manner of non-binary recognition via archaic definitions of gender and gender identity as "immutable biological traits identifiable by or before birth."

Singer-songwriter morgxn acknowledges the society-wide pressure of choosing gender at every turn, especially when reinforced by definitions meant to limit or police others.

"It's something we are forced to feel," he says. "But, it's a freeing moment in one's adult life to realize that gender is a construct. and to be able to select X both removes the pressure to feel aligned in any way and also a part of some social construct that doesn't feel right for us."

Echoing that sentiment is sex educator Domina Franco, adding that science also proves that gender is beyond binary classification, which is why the law should support self-identification.

"It costs absolutely nothing to affirm gender on both a personal or institutional level," she says. "Will people who sit outside a binary notion of gender still experience discrimination and violence based on their gender presentation? Yes, they will. Will they face it when someone looks at their documents? Yes, they will, but they will already face it in other areas of their day to day lived experience anyway. Let it be the individual's choice how they want to present in the world."

"This is a powerful time to be a queer person." — River Gallo

For Trevon Mayers, the director of policy and community outreach for The Center in NYC, option X is about ensuring that transgender, gender nonconforming, and non-binary people are affirmed as they are: "It sends a strong message that New York City welcomes and celebrates people across the gender spectrum."

River Gallo, an actor and filmmaker, sees Gender X as a major step forward for rights and visibility for members of trans, intersex, and nonbinary communities, noting the example Germany set as of yesterday in recognizing a third gender. The passage of that law, which specifically was designed with intersex people in mind, made Germany the first country in the European Union to offer a nationwide, third-gender option on birth certificates. As such, Gallo is hopeful that America might be headed in a similar direction, saying that is the "only acceptable" course of action, as the country should expect a shift in greater gender equality, Trumpian policies be damned.

"As an intersex person and advocate, I have to believe that our future is one of liberation from the oppression of an outdated gender binary and the systemic and pervasive toxicity that it has caused," he says. "There is much work to be done, however, this is a powerful time to be a queer person."