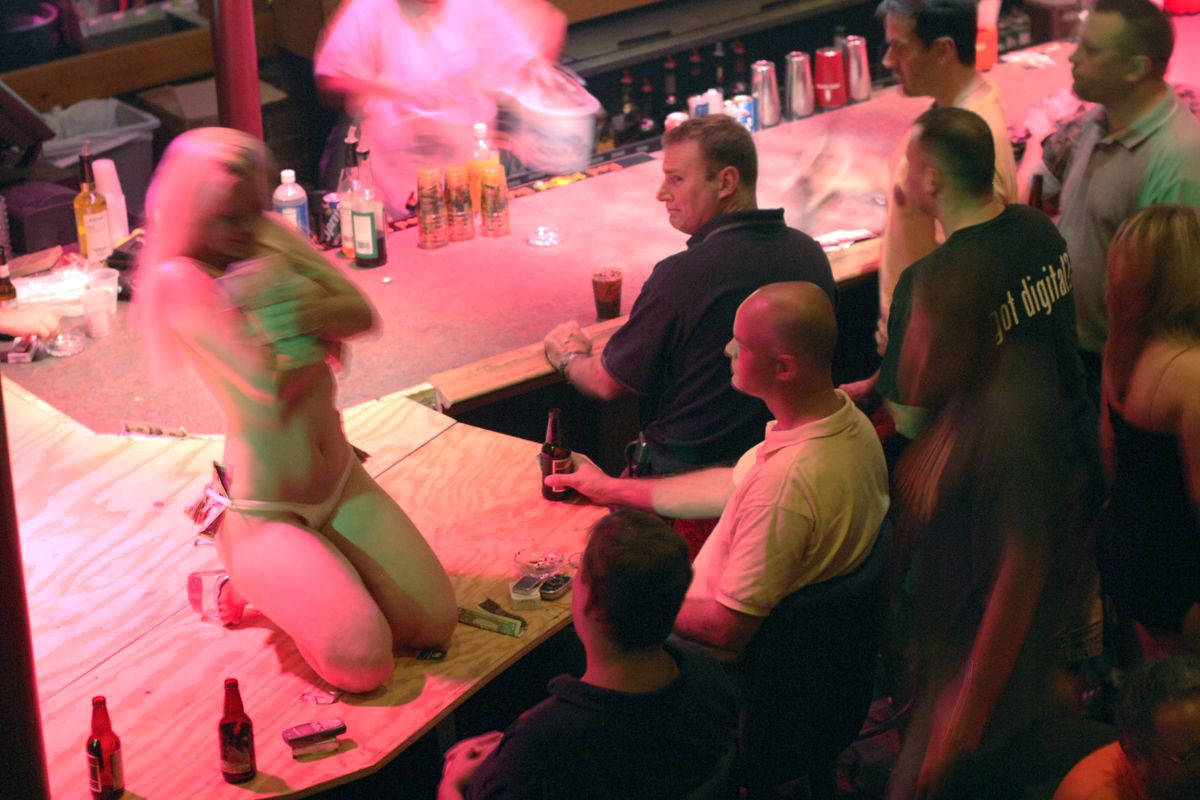 A group of New Orleans-based strippers demonstrated at a press conference today on Bourbon Street, the city's thoroughfare famous for revelry, booze and out-of-town partiers getting trashed for Mardi Gras, according to the New Orleans Advocate.

City officials were holding the press conference to sing the praises of Bourbon Street's reopening with brand new asphalt after a period of construction. As Bourbon Street is reopened, though, several of its most famous businesses (strip clubs) have been closed following raids that police said were done to combat human trafficking.

News reports indicate that Scores, Stilettos, Rick's Sporting Saloon and Rick's Cabaret, now closed, will open again soon, but Larry Flynt's Hustlers Barely Legal, Hunk Oasis and Dixie Divas remain in limbo. Temptations has reportedly been shut down by the city permanently. Many New Orlean strippers now say they're out of work during Mardi Gras, one of the busiest — and most lucrative — times of year for the city.

"Every time a club closes, dancers get displaced," Sable Mongold, an entertainer and representative for the Bourbon Alliance of Responsible Entertainers (BARE) told the Gambit. "It makes less money to go around…and hurts the most economically vulnerable workers."

But several of Bourbon Street's most famous businesses — its strip clubs — have been closed following a series of raids that police said were designed to combat human trafficking. (Although the NOPD didn't make any arrests for human trafficking, the city and state did collect thousands of dollars in fines for other violations.)

Others said they worried about the "Disneyfication" of New Orleans and that the shuttering of strip clubs will take away part of the city's culture. One performer, Alison, told the Gambit, "If the new New Orleans looks like unemployed strippers, I don't want to be a part of it."

The BARE petition outlining the group's beliefs and demands can be found here.