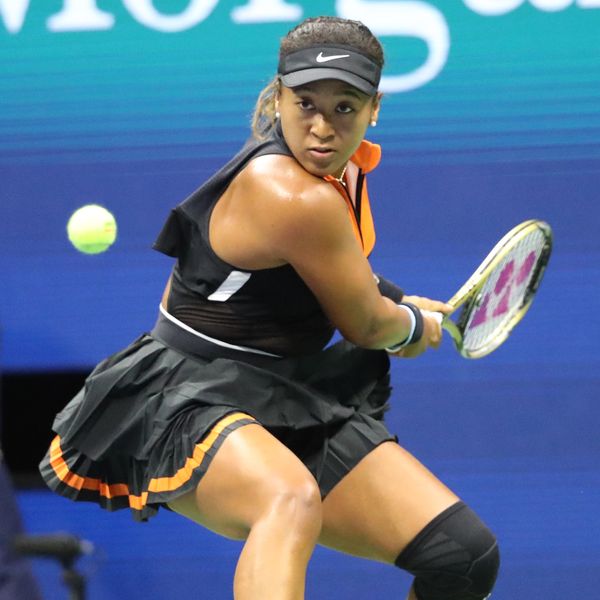 Naomi Osaka Will Play Semi-Final After All

Update 8/27 1:30 PM EST: Naomi Osaka initially pulled out of her tennis match after informing WTA that she was withdrawing. But after her match was postponed in favor of her protest, she has decided to play on its rescheduled date of Friday, August 28.

In a statement to The Guardian, Osaka thanked the WTA and USTA for their support. "As you know, I pulled out of the tournament yesterday in support of racial injustice and continued police violence," she wrote. "I was (and am) ready and prepared to concede the match to my opponent. "

She continued, "However, after my announcement and lengthy consultation with the WTA and USTA, I have agreed at their request to play on Friday. They offered to postpone all matches until Friday and in my mind that brings more attention to the movement. I want to thank the WTA and the Tournament for their support."

Tennis star Naomi Osaka announced on August 26 that she has pulled out of the Western & Southern Open in New York in protest of the "continued genocide of Black people at the hand of the police." She was set to play in a semifinals match.

Osaka, who marched in Minneapolis protests days after the officer-involved shooting death of George Floyd in May, detailed her reason not to play, saying "Before I am a athlete, I am a black woman."

She continued, "I don't expect anything drastic to happen with me not playing, but if I can get a conversation started in a majority white sport I consider that a step in the right direction. I'm exhausted of having a new hashtag pop up every few days and I'm extremely tired of having this same conversation over and over again. When will it ever be enough?"

Osaka's announcement aligns with recent protests and boycotts following the shooting of Jacob Blake, a 29-year-old Black man in Kenosha, Wisconsin. Blake was shot seven times by Officer Rusten Sheskeyas he attempted to enter his vehicle, unarmed. According to his family, Blake will likely be left paralyzed.

Yesterday, shortly before Game 5 of their first-round NBA playoff series, the Milwaukee Bucks made the decision to not take the floor as a strike following the shooting. Player George Hill, told ESPN, "We're tired of the killings and the injustice." Shortly after, the Rockets and Thunder opted to not play along with the Lakers and Trail Blazers. The NBA then announced that it would be postponing the rest of its games.

Standing in solidarity with the NBA, WNBA players also cancelled three scheduled games. "After speaking with representatives of teams playing tonight as well as our WNBPA leadership, the consensus is to not play in tonight's slates of games and to kneel, lock arms, and raise fists during the national anthem," said Atlanta Dream's Elizabeth Williams in a statement.

"The consensus is to not play in tonight's slate of games and to kneel, lock arms and raise fists during the national anthem."

The Atlanta Dream's Elizabeth Williams reads a statement announcing that the WNBA will not play in tonight's games. pic.twitter.com/HRoLbCS4SN
— ESPN (@espn) August 26, 2020

Soccer players for the MLS also got involved with the protests, which led to the cancellation of most of the day's matches. Atlanta United, one of the many teams that released a statement, said, "We stand in solidarity with the Black Community, with our players, our city, and our fans in the fight against injustice. We must use our voices to be the change."

Osaka's protest, similar to the actions of players across these other sports, moved tennis organizations WTA, ATP and USTA to close temporarily. "As a sport, tennis is collectively taking a stance against racial inequality and social injustice that once again has been thrust to the forefront in the United States," they said in a statement. "The USTA ATP Tour, and WTA have decided to recognize this moment in time by pausing tournament play at the Western & Southern Open on Thursday, August 27. Play will resume on Friday, August 28."