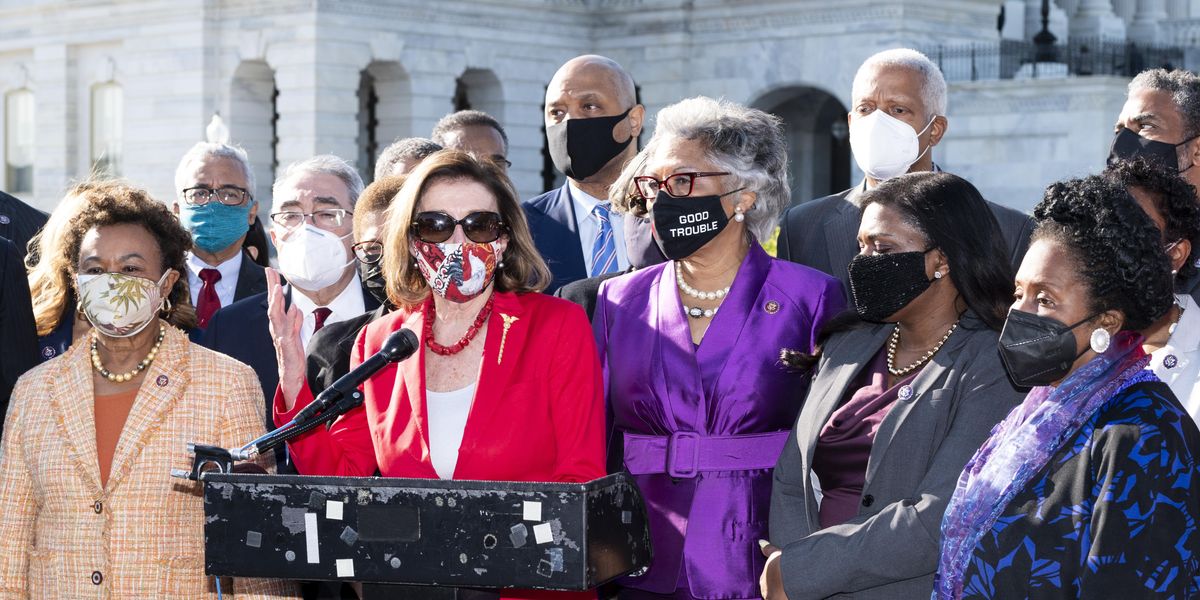 This afternoon, a jury returned a guilty verdict in the trial of former Minnesota police officer Derek Chauvin over the murder of George Floyd. Chauvin, who was caught on video kneeling on Floyd's neck for over nine minutes until his death, was convicted on all three charges of second-degree unintentional murder, third-degree murder and second-degree manslaughter.

The verdict has drawn out a broad range of responses and reactions, with Minnesota Attorney General Keith Ellison summing up this moment's bittersweet catharsis by saying, "I would not call today's verdict justice, however — because justice implies restoration. But it is accountability."

Speaker of the House Nancy Pelosi, on the other hand, is drawing criticism for what many are calling a tone deaf response to today's news. In a press conference held outside the Capitol shortly after the verdict was announced, Pelosi thanked Floyd for "sacrificing your life for justice."

People online were quick to criticize Pelosi's statement. The fact remains that Floyd did not choose to be murdered by the police and any push towards tackling this country's systemic problems with policing shouldn't have to come at the cost of his — or anyone else's — life.

Something very sick in them painting George Floyd as a martyr for justice is the insidious idea that his death was… https://t.co/Q8Ni2mCtjZ
— Bolu Babalola (@Bolu Babalola)1618956695.0

Pelosi has since attempted to clarify her remarks, tweeting out a statement: "George Floyd should be alive today," she wrote. "His family's calls for justice for his murder were heard around the world. He did not die in vain. We must make sure other families don't suffer the same racism, violence & pain, and we must enact the George Floyd #JusticeInPolicing Act."

George Floyd should be alive today. His family’s calls for justice for his murder were heard around the world. He d… https://t.co/KowQ3iJw5H
— Nancy Pelosi (@Nancy Pelosi)1618958292.0