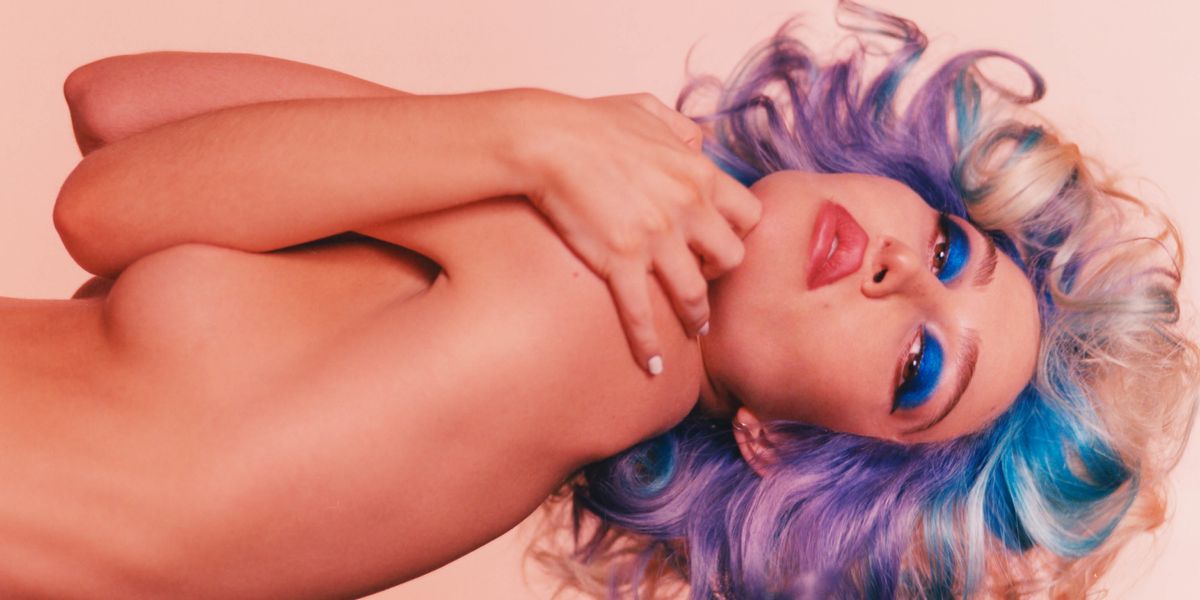 New York-based iRi loves strong, polarizing women, whether the buzzy shoe brand is dressing Gigi and Bella Hadid on the streets, or casting PAPER cover star Jazzelle Zanaughtti in their campaigns. Founded in 2017 by designer Janet Yeung, iRi's new campaign continues in this same spirit, featuring British photographer and director Nadia Lee Cohen — a provocative image-maker who's been behind some of the past year's most exciting visuals.

In the photographs, shot by Jordan Hemingway, Lee Cohen poses with stacked synthetic wigs and squishes her face against a copier. It's all to promote Collection 5, with a campaign that channels "the idea how how shoes can make you feel, and how you can transform yourself throughout different styles," according to the brand. "Shoes carry the ability to transform the wearer, and influence the way we move and feel — physically and emotionally."

Lee Cohen worked with the iRi team to create different characters, all of which reflect identities inspired by their shoes. With a genderless approach to footwear, iRi wants to reinforce the importance of having freedom, and the ability to be whomever you want to be through personal style. With her cinematic, chameleon-like persona, Lee Cohen fully embodies this mission in her own work.

PAPER premieres iRi's latest campaign, below, alongside an interview with Lee Cohen, where she talks about crime scene photography, laser hair removal, and "pathetic tiny mules."

I usually say, "I am a photographer," though "director" describes my work better. I don't use the latter, as it sort of makes me cringe — it is such an LA thing to say, especially when you are attempting to impress.

Your main mediums are photography and video, so how does it then feel when you are on the other side and you have your picture taken?

I generally only really like having my photograph taken by someone I have a rapport with or has a distinctive style. I like it when I'm captured in a style very far from my own.

How do you pick people you collaborate with?

It's very natural. I don't work with people I don't get along with, and when I do collaborate it is when I found common ground on the opposite side, then I know I can make something good out of it.

How was the iRi collaboration?

I love Jordan's work; it was the perfect example of talented people having creative freedom which resulted in something undiluted. For example, Sean (hairstylist) piled five synthetic wigs on top of my head, which resulted in one of my favorite hair looks to date.

The lines are a bit blurred here. I like truth and realism when it comes to the casting and the mundanity of the subject matter, however, the narrative element outweighs any truth or realism when coming up with the characters and the world they live in.

Is there anything else you ever wanted to be beside an image maker?

A crime scene photographer. I'm morbidly fascinated yet hugely squeamish, so I'm not sure how that would have panned out.

If you could be any character from a book/movie/series, who would you be?

This is very difficult, as most of the fictional characters I'd have chosen plummet to their death. Perhaps I'd be Nastassja Kinski in Paris Texas, so I could then have the haircut I've always been too scared to commit to.

What is the most fun you ever had in your life?

Whenever I'm in the presence of a homosexual man I seem to have the most fun.

Heels, but sometimes pathetic tiny mules that barely count as a heel.

What is one thing you can't live without?

What is the best decision you ever made?

If you could pick one song that could serve as the soundtrack for this collaboration/shoot which would that be?