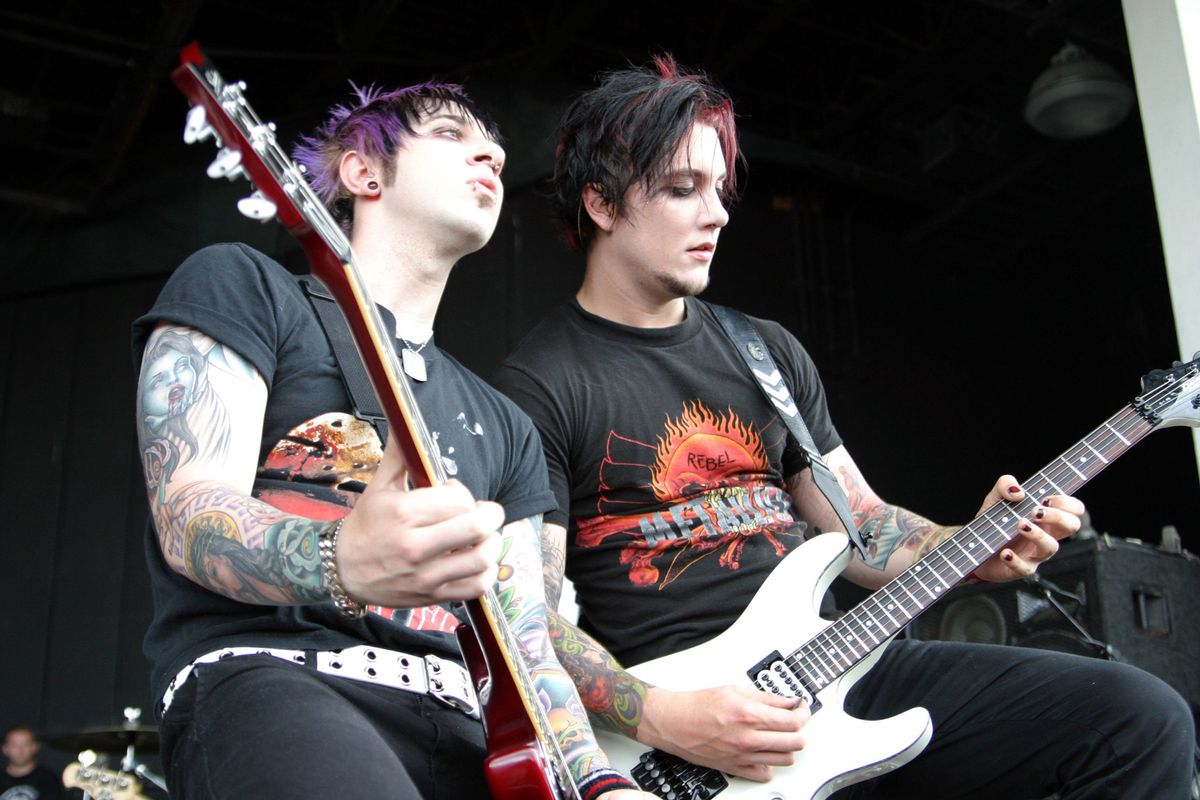 It's been a rough few days for obsolete social media platforms. Peer vintage site Tumblr is on its deathbed after going porn-free. Now, Myspace has revealed that it accidentally deleted all content uploaded by users between 2003 and 2015, as a result of a botched server migration, according to The Verge. If you ever had hopes of revisiting your mortifying profile (lots of that bitchy bunny emoticon, garish fonts, automatically playing embed of Red Chili Peppers' "Snow (Hey Oh)" for me), sadly, you're out of luck.

However, the biggest tragedy of the glitch is erasure of over a decade of user-uploaded music. The Guardian reports that more than 50 million tracks from 14 million artists have disappeared.

Myspace was one of the first hubs where users could discover music online, and where artists could put music out without any industry middleman. During the 2000's, it birthed an entire generation of artists — and an intricate taxonomy of new sub-genres, mostly of the Warped Tour persuasion. Among this generation was a huge wave of scene, emo and pop punk acts that grew massive cult followings online, but never made the jump offline, like Mickey Avalon, Millionaires, You Me At Six, Drop Dead, Gorgeous. Other Myspace come-ups are now mainstream success stories, like the oft-cited Arctic Monkeys, Yeasayer, Kate Nash, Sean Kingston, Panic! At The Disco, Owl City, Colbie Caillat and Lily Allen.

In addition to any band you've ever heard of, Myspace was also a singular archive for forgotten demos of millions of defunct baby bands and aspiring Garageband-types whose music likely doesn't exist and isn't accessible anywhere else online. While hopefully most artists have offline copies of their music, it's a huge loss of labor, access and community for amateur artists like these, as well as the site's small but loyal base of current users.

Rumors first surfaced that something had gone wrong with Myspace's archives last year, when users began struggling to access music more than three years old, but the company promised users it was a temporary issue.

"As a result of a server migration project, any photos, videos, and audio files you uploaded more than three years ago may no longer be available on or from MySpace. We apologize for the inconvenience." Myspace confirmed in a statement, via TechCrunch.

Given the scale of the glitch, some online are are skeptical that it was an honest mistake. Andy Baio, one of the founders of Kickstarters voiced suspicions that Myspace was intentionally negligent.

I'm deeply skeptical this was an accident. Flagrant incompetence may be bad PR, but it still sounds better than "we… https://t.co/RECVG53ecJ
— Andy Baio (@Andy Baio)1552886180.0

Obviously, given its anemic user numbers, the Myspace crash won't affect most people, and some are even pointing out that they're happy to know their embarrassing content can't be discovered.

Others are in mourning — or reflecting on the deletion's implications for our perhaps false sense of security around online content.