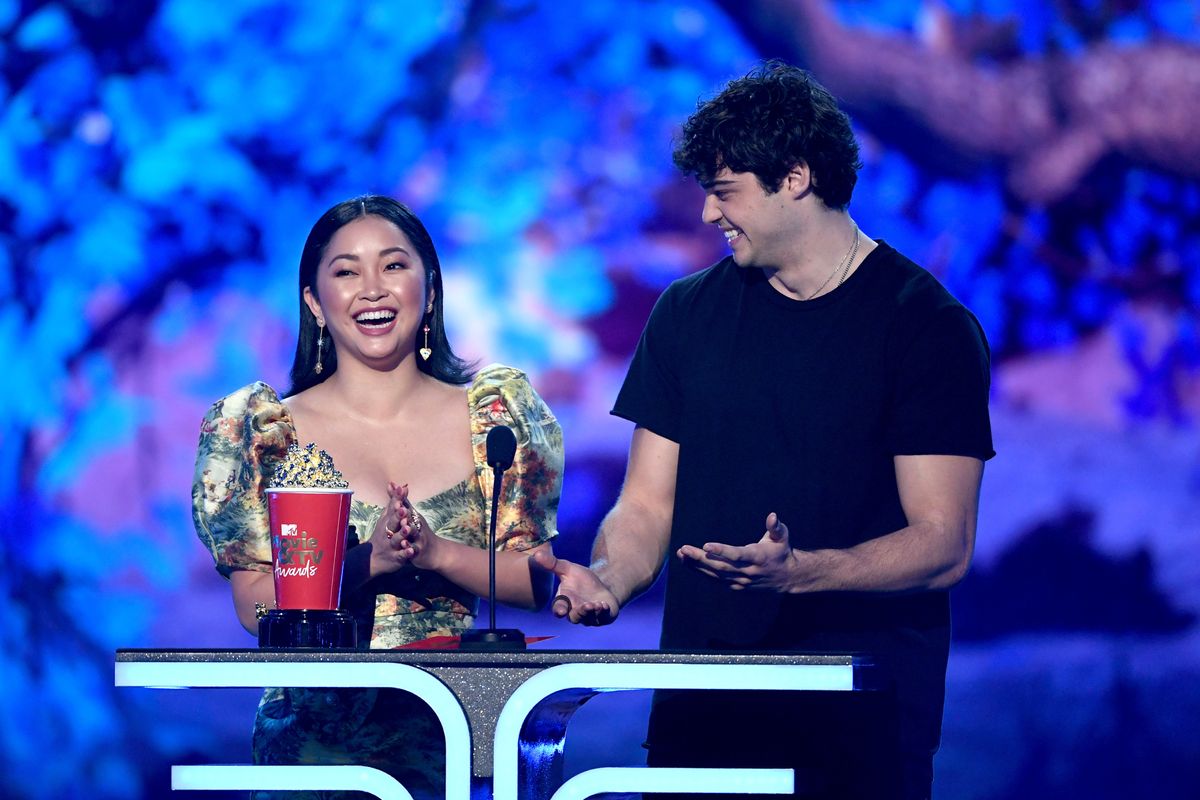 Broadcast last night and hosted by Zachary Levi, the 2019 MTV Movie & TV Awards ceremony was a lot of fun. Lizzo performed "Juice," Jada Pinkett Smith was rewarded for her important work on Red Table Talk, and Brie Larson posed for photos with Tessa Thompson. There were lots of Stranger Things kids running around, as well as the cute teen casts of Euphoria, The Chilling Adventures of Sabrina, and To All the Boys I've Loved Before.

While all that was going on, some people received popcorn-shaped trophies. Quite a lot of them, in fact! The big winner? Marvel, which picked up Best Movie for Avengers: Endgame, Best Hero for Tony Stark, Best Villain for Thanos, and Best Fight, for the Captain Marvel vs. Minn-Erva scene in Captain Marvel. Picking up her award, Larson brought her two stunt doubles onstage with her — cool to see.

It wasn't all about acting. Love & Hip Hop: Atlanta won the Reality Royalty award, beating out the likes of Vanderpump Rules. None other than Ruth Bader Ginsberg picked up what is now my all time favorite award show trophy: Best Real-Life Hero. Dream Hampton's Surviving R. Kelly expose for Lifetime won Best Documentary. Nick Cannon, who was nominated in the Best Host category for both Wild 'n Out and The Masked Singer scored for the former. Colton Underwood's fence jumping incident received Most Meme-able Moment — sadly stealing Lindsay Lohan's Beach Club thunder.

View the full list of winners and nominees here, and watch the night's best speeches, below.