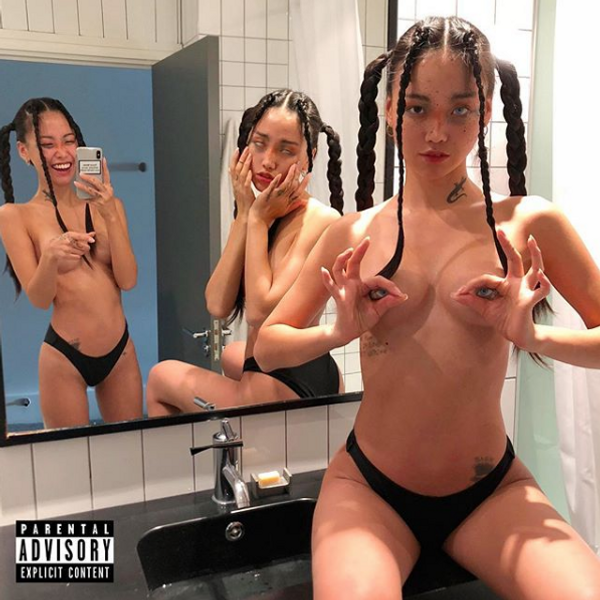 MLMA's Is Not Your 'Sweetie'

Korean streetwear designer, artist, and disruptive viral sensation MLMA has made a name for herself by shaking up the art and music worlds. What's more is she successfully subverts patriarchal standards of beauty and fashion, making things such as wavy eyebrows and split tongues cool and accessible for her large online following.

But like everything MLMA does, as PAPER in a recent interview with her, not much time is spent trying to get her imagery perfect, which is part of what makes her so mesmerizing. "No one really brings the sort of look I do," she tells us. "They're always overproduced or over-edited it looks like an advertisement or something."

MLMA's songs, similarly, are equally as subversive as they are effortless. The self-made artist works with a small team of collaborators to produce tracks — such as "Fuck This" and "Mess" — which, while rooted in hip-hop, borrow from heavily K-pop and electronic music to create textured party tracks that are just as much a "fuck you" as they are a form of self-expression.

"Sweetie," MLMA's latest track exhibits these traits to the hilt, brimming over with disaffected nonchalance, as she spouts lyrics such as "You got the money, I dig it/ I know that broke is pain/ Gas me on the way/ You are in my way," in a laconic, half-rapped tone. People may want to call MLMA "sweetie" to diminish her power, but it's clear that a.) she's her own sweetie, and b.) she's willing to bulldoze naysayers in her path. After all, she's earned the right to do so.