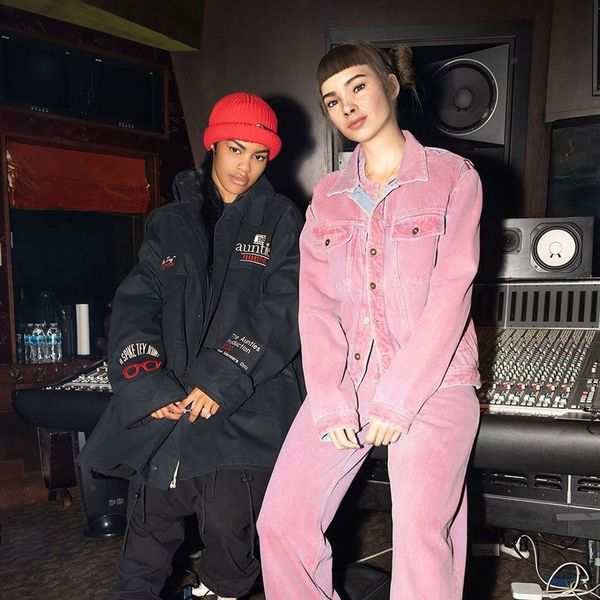 Teyana Taylor Was Apparently on Miquela's Vision Board

Everyone's favorite avatar Miquela has released "Machine," her collaborative effort with Teyana Taylor that blends their vocal styles for a surprisingly soulful song about temporary, yet machinelike devotion. It's an admittedly odd pairing about not catching feelings that really works.

Related | Lil Miquela Has 'Consciously Uncoupled' From Her Human Boyfriend

"I'll be a machine for you/ What you want/ Whatever you want/ Just don't fall in love," Miquela sings in the first verse, as subtle, synthesized bleeps back her vocals. "Consider it your crash course," Taylor adds on the next slow-tempo verse.

The two also dropped an animated lyric video today, which depicts Miquela taking a walk, then hitting the road and visiting a jewelry store where she finds rings and necklaces with her lyrics on them.

Miquela joins Lauryn Hill and Kanye West on a list of Taylor's many collaborators. She has been vocal about her excitement to work with Taylor, whom she says was as "perfect" as she could have imagined.

"Working with Teyana has been on my vision board for a MINUTE," Miquela says in a statement. "The stars aligned once I found out she was recording in the studio next to mine. She was as perfect and cool as I imagined, and she brought that same energy to 'Machine.'"