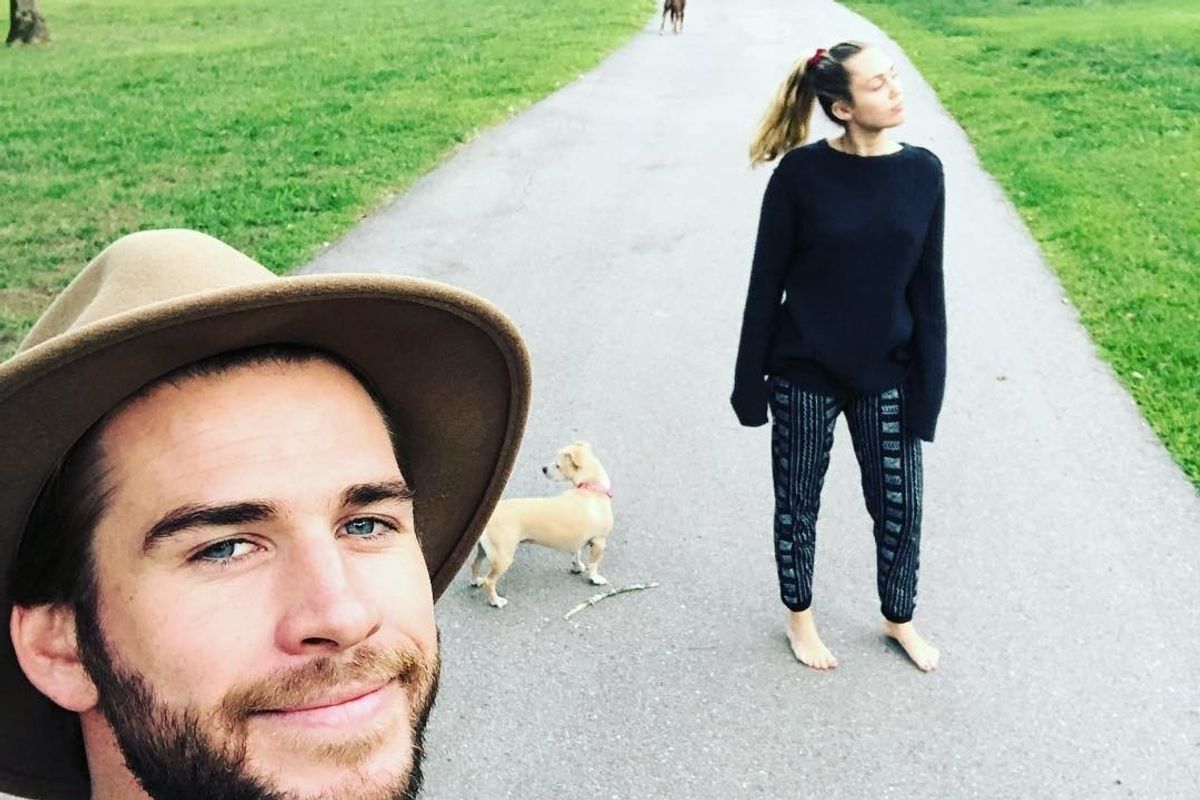 Liam and Miley are over for good, with Hemsworth having lawyered up and filed for divorce earlier this week. So now comes the hard part: who gets to keep their shared pets? Luckily, there's no contest. TMZ reports Miley will get full custody of the seven dogs, two horses, two miniature horses, three cats, and single pig that the couple cared for during their ten years together.

California law actually says Hemsworth has a right to contest ownership of the animals, most of which were originally adopted by Miley, but TMZ thinks he won't. This makes sense: Miley is known as the bigger animal lover (remember the Dead Petz?), although it was Liam who famously rescued their brood from the Woolsey Fire in 2018. Miley publicly called him her "survival partner" after that traumatic incident — their Malibu estate was ultimately destroyed in the catastrophic blaze.

It's nice that the pets aren't affected by what's looking like an increasingly messy divorce. Cyrus posted a long Twitter thread yesterday defending herself against reports that she'd cheated on Hemsworth while they were still together; she's been repeatedly spotted with reality star Kaitlynn Carter since news broke of the split. Hemsworth has now returned to Los Angeles from his native Australia, but is reportedly laying low, and not on speaking terms with his ex-partner.

A prenup means there won't be any fighting over money, but it's clear that this is an emotional time for both Miley and Liam. And me, someone who now no longer believes in love.