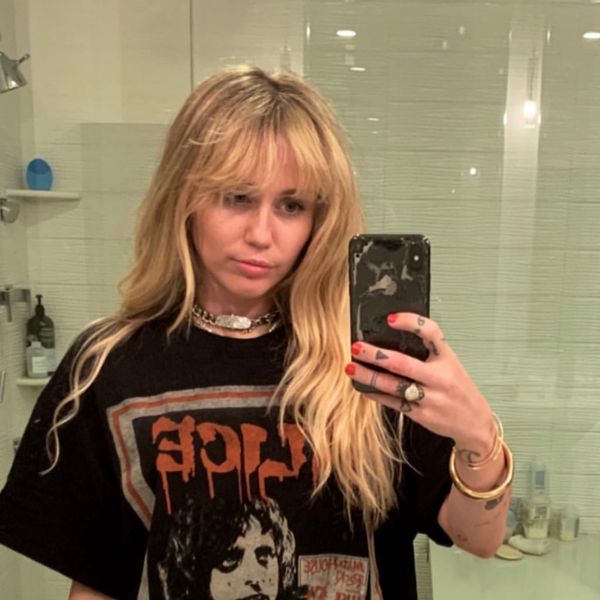 Hannah Montana Is Back Y'all

Is it just me or is 2019 starting to feel an awful lot like 2009? Between the Jonas Brothers reuniting and Ashley Tisdale making a triumphant comeback, it seems that the stars of Disney Channel's golden age are finally getting their second wind and are ready to do things on their own terms. Now, Hannah Montana herself has re-entered the building.

Miley Cyrus dusted off her alter-ego (and long blonde wig) last night for the first time in nearly a decade, taking Montana out for a night on the town.

Given that pop culture is also in the throws of a full blown yeehaw moment, it's the perfect time for a comeback, but a lot has changed since we last saw Ms. Montana's blond bangs. Trump is president, MySpace is dead, and Cyrus has gone from being pop's enfant terrible to the Flaming Lips' hippie rock muse — and even married longtime on-again-off-again boyfriend Liam Hemsworth. This is all to say Cyrus has matured a lot since her "Best of Both Worlds" days, and so, apparently, has Hannah. As it turns out, punk wasn't just a phase.

Cyrus even showed some love for Migos' classic ode to the fictional pop star's namesake.

The impromptu resurrection of Hannah Montana left fans squealing with nostalgia. I don't know about you, but I am certainly ready for the gritty Hannah Montana reboot we all deserve.