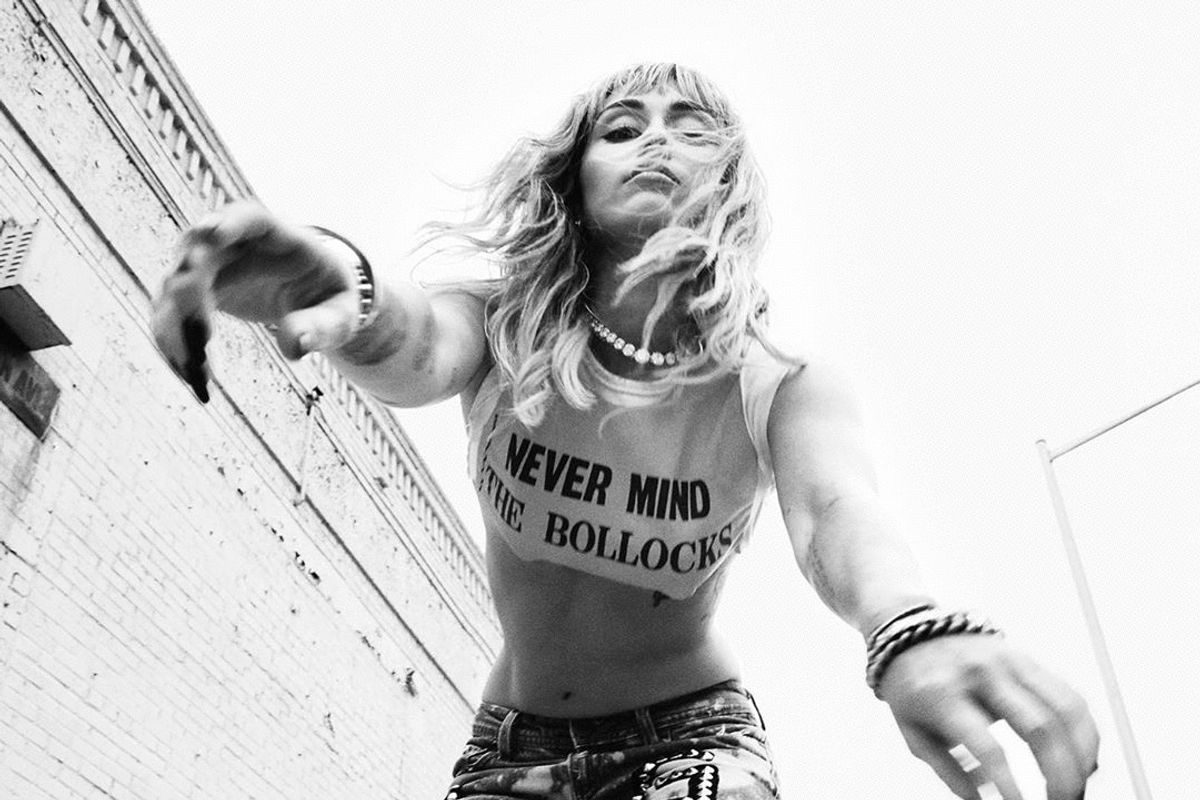 The 'PAPER' Team Reacts to 'Cattitude'

This was just an ordinary Friday, and then Miley Cyrus dropped She Is Coming. It's a six-track EP, but there's only one song that matters right now: "Cattitude." Yes, it's a rap featuring RuPaul. It contains the lyric "This cat is in heat/ Let me ride that beat/ My pussy on fire/ Pussy five-alarm fire." Who else would dare do this? We love her, and we support her.

Still, Miley's feline moment has proved divisive among fans and critics alike. Cases can certainly be made, both for and against. The PAPER editorial team's thoughts, below.

Miley's "Cattitude" does a lot for me, I'm not sorry. Nonsensically silly and entertaining as the song itself may be, I can't help but think of this as a pussy-powered response to a government that keeps making decisions affecting the autonomy of femmes, cis women, nonbinary, trans, and queer people of color everywhere. I also know that Miley has a history of speaking her mind, and that RuPaul's role in drag culture's infiltration of mainstream culture is nothing to sneeze at. In that vein, "Cattitude" becomes something of a self-arming rally cry. On one hand, its upbeat observations about genderqueer sexuality can feel tamped down by Miley's proclamations of wealth and hip-hop posturing. But on the other, it can be a safer entry point to the fight ahead — abortion bans and all — for those wanting or needing to mobilize with an extra boost of empowerment. Yes, pop songs, even the wackiest of them, possess that kind of power. I say: get some "Cattitude" where you can.

Look, we can make fun of crazy ol' Miley. Or! We can recognize Miley as the comedienne she is, who has sacrificed her reputation among people without a sense of humor to bring us a sophisticated parody of our contemporary pop moment. Jibberish click-bait collaborations, flailing female empowerment, the conundrum of hip-hop as the base unit of music regardless of who should be making it, the creeping camp counselor Christianity of self-love rhetoric, "Cattitude" effortlessly skewers it all. We can clutch our pearls, or enjoy "Cattitude" as the SNL skit it is. Aside from all that, I laughed out loud at RuPaul telling Miley to get her country ass indoors.

"Cattitude" is a questionable experiment, and distracts from superior tracks on She Is Coming, like "The Most." But I'm not going to write it off completely, mainly because Pitchfork already did that, and they did it rudely. "Redefines embarrassing"? Please. The song is clearly meant to be Camp! This one's for the gays, my dudes. Go listen to The National or something. Miley has made a choice here, and it's a bold one. But we all slept on "Malibu," a true masterpiece, so she had to get our attention somehow! I can't believe I'm typing this but… I stand with "Cattitude."

For me, "Cattitude" sees Miley return to her brief — but iconic — post-breakup period that had her abandoning the candy-colored "Party in the USA" / Hannah Montana days for a wilder sound. And honestly, that was great! One of her best yet underrated albums. Whatever provoked the return, however, did not produce the same result. It neither achieves the fun vibe of "We Can't Stop" nor the sweet depth of "Malibu." For now, I'm going to go give Bangerz another listen.

The truly remarkable achievement made by this song is that it somehow manages to give less than zero fucks. It has transcended the boundaries of pop into a realm of post-taste, a new frontier being bravely tread by Cyrus with the aid of RuPaul. In a sense, this is rather liberating (if somewhat initially painful to stomach). "Cattitude" exists free of the pressures to be a good song. It flies in the face of every pillar of convention and traditional wisdom that is breathlessly upheld by the critical institution. In this regard, "Cattitude" is a declaration of war against the arbiters of taste. John Waters would be proud. Whether it is good or bad is beside the point, it is undoubtedly the most memorable song Miley has bequeathed unto us in several years. It is a modern masterpiece masquerading as a delicious disaster. "Ride, shine, clock said pussy time /Bust my pussy nut while I'm fingering your butt." I mean... Shakespeare could never!

Stream She Is Coming by Miley Cyrus, below.