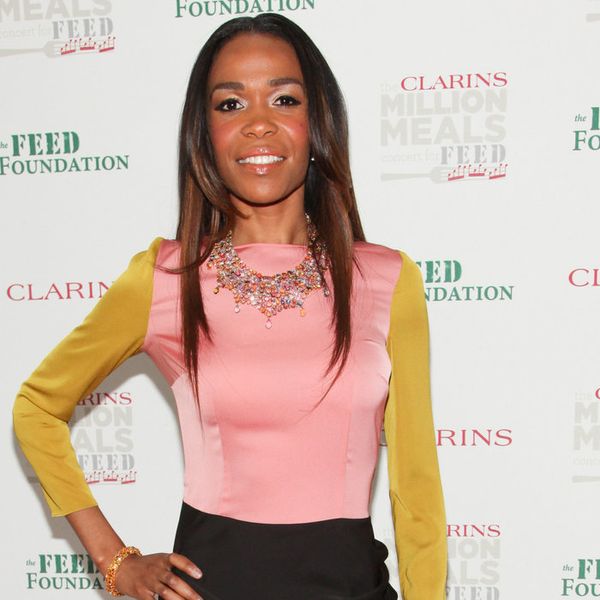 Michelle Williams has had a busy few weeks. Not only did she get engaged, but she also participated in Beychella, one of the best live shows in music history. For the last two weekends, Williams joined her former Destiny's Child co-stars Beyoncé and Kelly Rowland onstage for a 3 song reunion of "Lose My Breath," "Soldier," and "Say My Name."

She recently sat down for an interview with the LA Times to talk about the performance. She said even after years of working with Beyoncé, she was amazed by the concert set up when she got to rehearsal, saying, "Initially I was like, 'Bey, just go out there and have fun. People are gonna be so excited to see you.' And then I walked into rehearsal for the first time and saw this big old pyramid and that it was gonna be filled to the brim with humans. I said, 'What in the bejesus is this? I told you just to go have fun!' But she can never do anything that we would think is normal. And this is what's fun for her."

Related | If You Can't Do Your Job, Beyoncé Will Do it For You

When asked what the rehearsals were like, Williams went on to describe Beyoncé's work ethic and how much she expects of others, saying, "Everybody was pushing each other to do and be their very, very best. When Beyoncé does something, it's because she knows that if she can do it, everybody else on the stage can do it. Somebody might have to rehearse a little longer than others or go over the music parts a little longer. But she shows that you put the work in, and I know that however many people were onstage — 150, 200 — I know they're all gonna go home and their lives are gonna be changed because they saw her work ethic. They saw that she's not some glamorous girl on private jets with assistants flocking her side, who just walks in and magically dances so great onstage. She is involved."

Williams also talked about the importance of Beyoncé's role in "shifting the culture" at Coachella and beyond, how excited she is to move to Los Angeles and be near her Destiny's Child costars again, and her recent engagement.