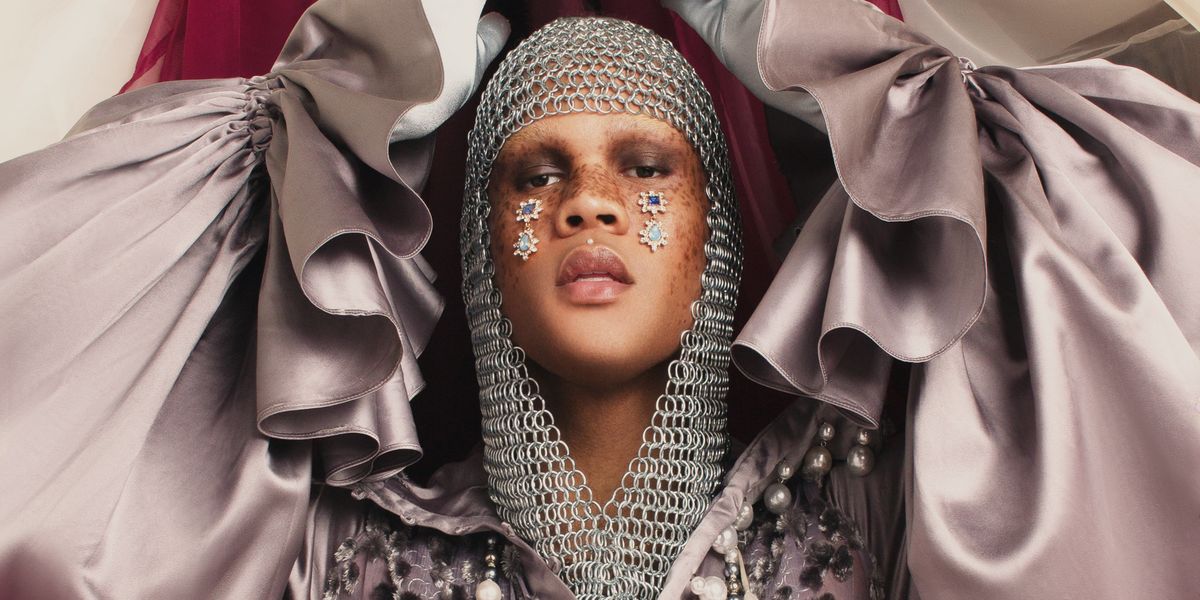 In early 2018, a star wasn't born, but was introduced to a wider audience: Merlot, the freckled New York City nightlife personality released their debut single, "Bad For You." The track garnered attention from fans of several different genres, although it flirted with the pop-curious and earned Merlot celebrity status on both the east and west coast. In the early summer, after letting the track simmer during the warming spring months, Merlot finally released the music video for "Bad For You." The black-and-white video ended up being an erotic release of success and tension from the original single release, featuring svelte dancers, leather daddies, and stars like Parker Kit Hill.

Then, it seemed that as quickly as "Bad For You" rose to prominence, Merlot had disappeared from the music scene. While they were somewhat active in nightlife spaces, no new news had cropped up in regards to a sophomore single. There were talks of them traveling back and forth between New York City and Los Angeles in the wake of the single's success, but other than the occasional appearance at a Ladyfag party or a chic dinner spotting in Hell's Kitchen, Merlot was keeping quiet.

As it turns out, Merlot never vanished from the music scene, but has been calculating their next big move carefully behind the scenes. Now, Merlot's just about ready to release new material into the world and sat down with us to talk all about the impending takeover. "Sunrise," the dance-pop infused follow-up single to 2018's "Bad For You," will be released on June 27, 2019. Until then, read Merlot's full interview with PAPER below about their publishing deal, travels across the United States, and new songs.

It's been almost a year since the video for "Bad For You" was released, what has the reaction been like?

I'm overwhelmed with the response to my first song and music video. I've had so many amazing people reach out, and it's been surreal meeting people who listen to my music. I couldn't be happier with the response, I've been really blessed.

What have you been up to since the release of the video?

Since the video, I signed a publishing deal. I'm so excited because basically that means I'm able to be in the studio way more often and I've been working with new producers and other artists. I currently am finishing up my next project.

What have you been writing about?

Honestly the subject matter is pretty eclectic. It really depends on the mood I'm in or what I'm going through when I get in the studio, and I just draw inspiration from. Mostly about relationships, or lack thereof.

Do you want to make more songs like "Bad For You," or are you interested in exploring new sounds?

I still resonate with the sound of "Bad For You," and I still love that kind of 'faux-house' vibe. But I've been working with so many different people who bring different sounds and ideas to the music, so I've been excited to branch out. No matter the sound though, it still sounds like authentic Merlot.

Who have you been collaborating with?

I've been working some really amazing writers and producers. I've been back and forth between NY and LA meeting with and sharing ideas with other contemporaries in the music industry. It's been amazing to collaborate and also get feedback from other people I really respect.

What is your new song, "Sunrise," about?

"Sunrise" is funny because it's something I don't usually experience. I won't give too much away, but when I wrote this song, I was writing it through the lens of the 'other person.' I've been on the other side of the scenario I'm talking about.

How long have you been waiting to release it?

To me, it feels like a lifetime since my last song came out. I wrote "Sunrise" last summer, and have been fine-tuning it ever since. I'm just so excited to re-enter the music scene after a brief hiatus.

Besides music, you've been back and forth between LA and NYC. Has that been stressful?

Anyone who knows me knows I hate flying more than anything on earth, and that cross country flight can be a doozy. But other than that it has been incredible! Stressful at times, but I love the west coast and it's been amazing making friends over there. It's also way more serene and than fast-pace New York, so as stressful as it gets, it still feels like a work-vacation when I'm there.

Have you been working in nightlife a lot?

It has slowed down quite a bit, mostly because I've been so busy. But nightlife will always have a special place in my heart. And there are still special occasions where I'll turn up hosting a party. Some things I just can't turn down.

You were recently on the cover of Cakeboy with Aja. What was shooting that like? Are you close with Aja?

Aja and I aren't close, close friends but we go way back. I remember being on the back porch of the Metropolitan Bar in BK just shooting the shit way before they were on Drag Race. It's been awesome watching their growth and it's always amazing when we get to catch up. Also, buy their new album on iTunes.

What are you most excited about in the next year?

I am so excited to keep releasing music through the end of the year and to share everything I've been working so hard on. I have a couple surprises up my sleeve, as well. I hope everyone has as much fun listening to my new track as I had making it.